Long before her time with the Black Eyed Peas, Fergie voiced Sally Brown from "Peanuts." 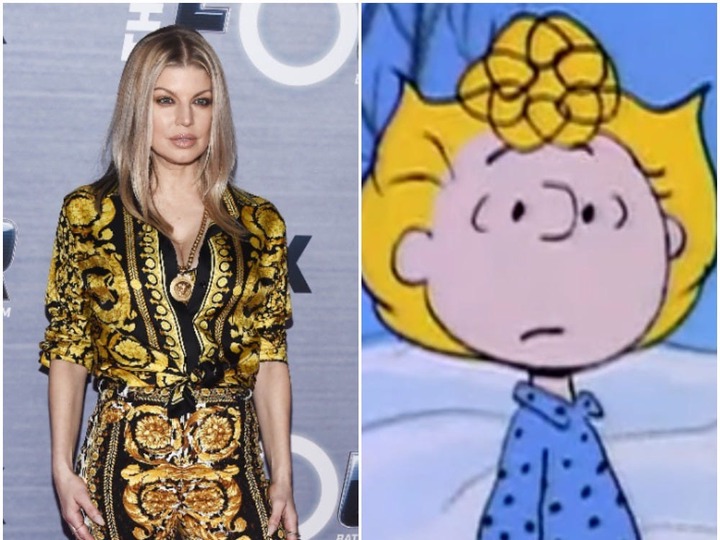 Since the character's first appearance in 1965's "A Charlie Brown Christmas," Fergie is one of more than two dozen actresses who have played Charlie Brown's younger sister.

She voiced Snoopy in two TV specials — "It's Flashbeagle, Charlie Brown" and "Snoopy's Getting Married, Charlie Brown" — as well as four episodes of "The Charlie Brown and Snoopy Show" in the 1985 season. Fergie also played Peppermint Patty in one of the TV episodes.

Miley Cyrus starred in "Bolt" as Penny, the on-screen companion to Bolt the super dog. 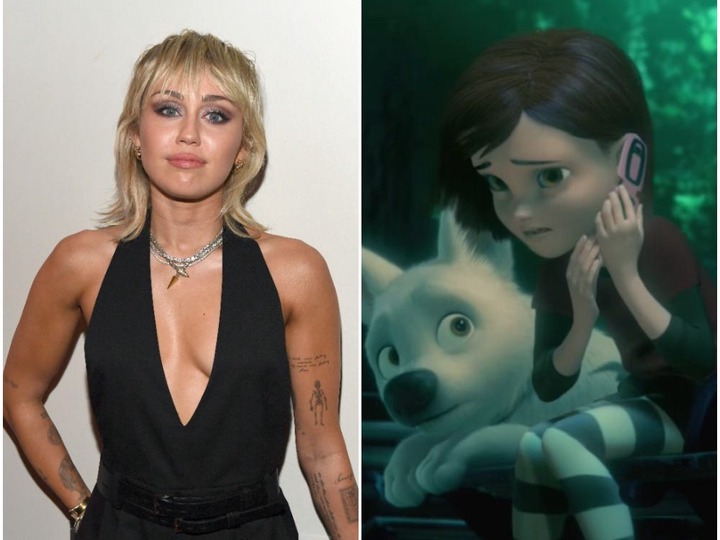 In a 2009 interview with Movieweb, Cyrus revealed that having six dogs made it simpler for her to communicate with the fictional Bolt as if it were her own dog. She also discussed how hearing her own voice on television varied from her character in "Hannah Montana."

"People have always made jokes about my low voice since I was a child. They did, however, complement me on it, saying, "It's so unusual, it's so low." "According to Cyrus, who spoke to Movieweb. "People would make fun of it at school, though. But today I think it's fantastic that you don't need a picture-perfect, girly voice to make an animated film. I believe knowing that kids with diverse voices can perform something like this is fantastic." 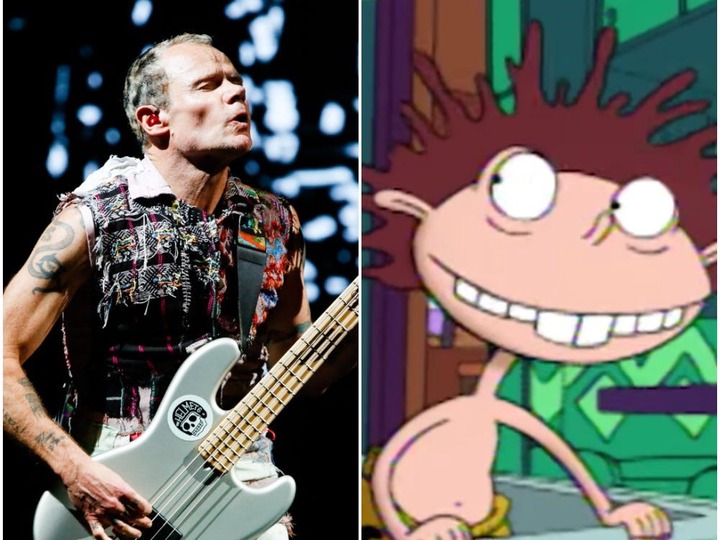 If you've ever seen Flea perform with the Red Hot Chili Peppers, it'll come as no surprise that he played the wild child Donnie.

"There's definitely a part of me that is fully him," Flea told Entertainment Weekly in a 2003 NME story. It's also the oddest, most unusual job I've ever had. 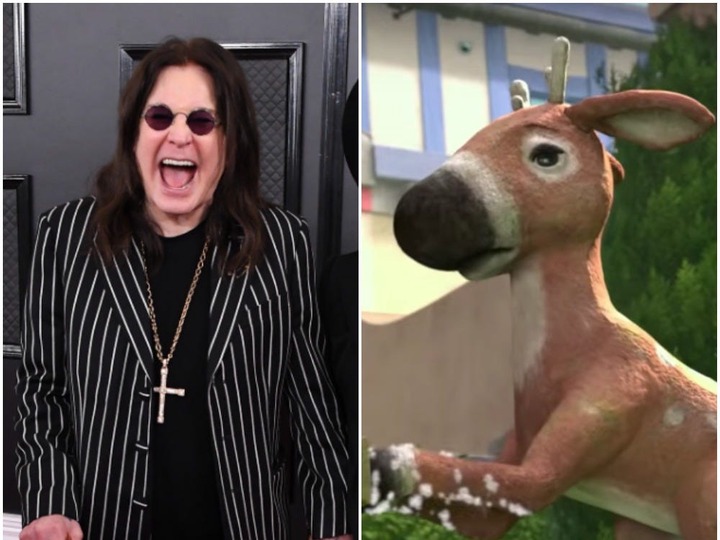 Fawn in "Gnomeo and Juliet" in 2011 and Vicar in "Robbie the Reindeer in Close Encounters of the Herd Kind" in 2007 were two of the Prince of Darkness's most endearing deer roles.

Nicki Minaj is as good a voice actor as she is a rapper. 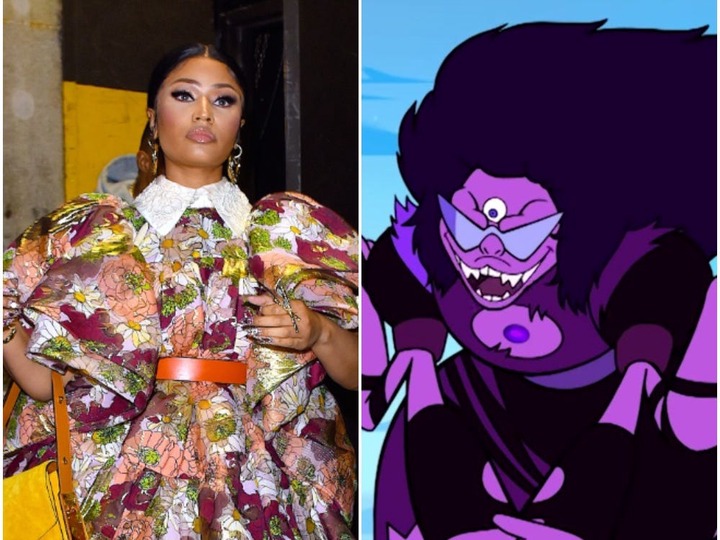 Minaj appears as Sugilite in a 2014 episode of "Steven

Universe," which is a hybrid of two of his Crystal Gems, Garnet (played by British singer Estelle) and Amethyst. Minaj was shamelessly herself in the part, and her voice didn't change much.

It wasn't the first time Minaj had been animated. In 2012, she portrayed Steffie, a member of The Brat Pack, in "Ice Age: Continental Drift," and in the same year, she acted as herself in an episode of "The Cleveland Show." 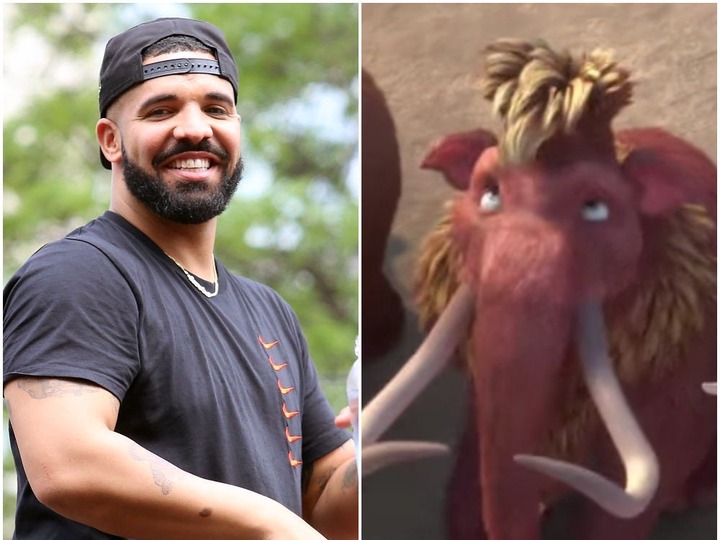 James Hetfield and Lars Ulrich of Metallica cameoed in an episode of the animated series "Dave the Barbarian." 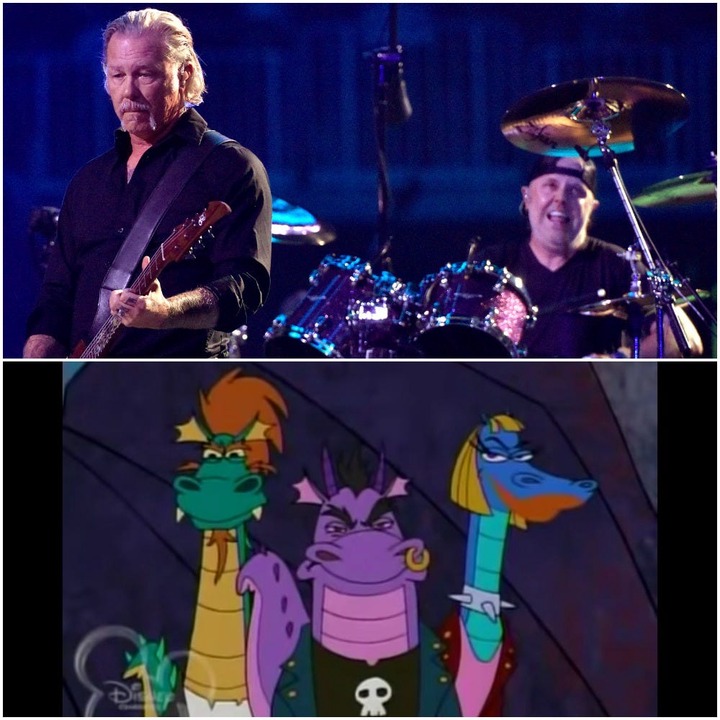 During the show, the duo gave Faffy, Dave's pet dragon, some pretty rock 'n roll advice: "So there are some humans out there and you're their pet?" One of them inquires. "You can't be a pet guy, you're a dragon... a dragon doesn't work for the man, do you understand?"

Guest-starring on an episode of "SpongeBob SquarePants" was a dream come true for David Bowie. 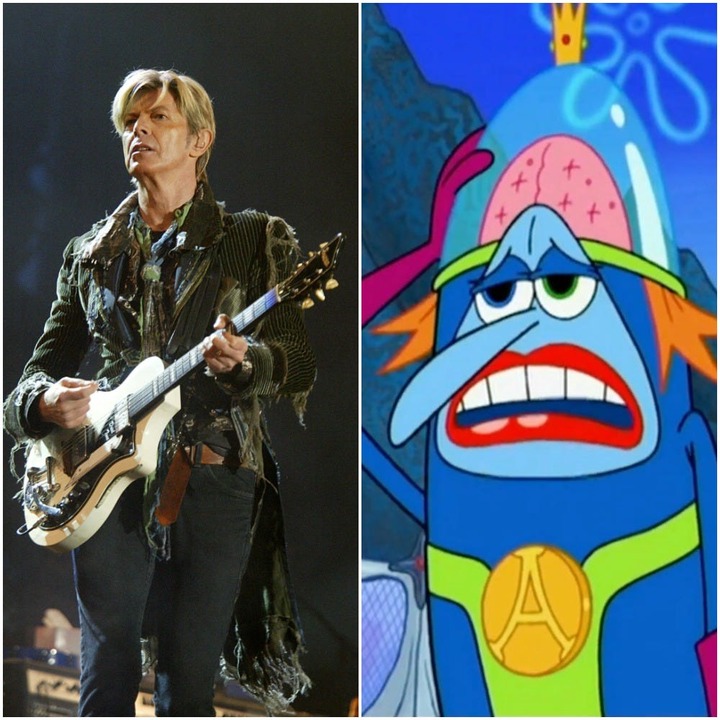 In the "SpongeBob SquarePants" TV special "Atlantis SquarePantis," the rock icon voiced Lord Royal Highness, the king of the lost city of Atlantis.

In 2016, "SpongeBob" supervising producer and co-executive producer Paul Tibbitt informed Animation World Network that David Bowie revealed to him that he and his daughter were major SpongeBob fans after he got the job. According to reports, Bowie "landed the Holy Grail of animation tasks" on his website.

Tom Petty voiced a character that looked just like him in the cartoon "King of the Hill." 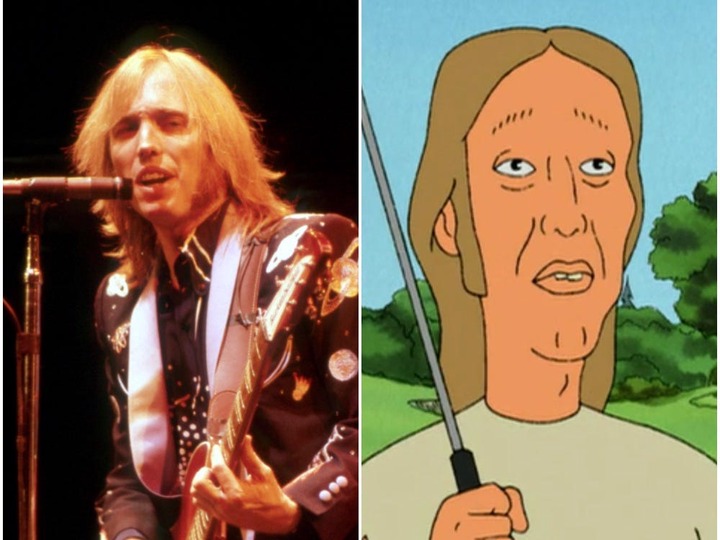 Between 2004 and 2009, Tom Petty voiced Elroy "Lucky" Kleinschmidt (and occasionally Lucky's buddy Mud Dobber) in 28 episodes of "King of the Hill." After stumbling on pee in a Costco restroom and receiving a big payment from the company, his character got the nickname Lucky.

"King of the Hill" creator Mike Judge praised Petty as "the sweetest, most humble and unassuming rock star you could ever want to meet" in a 2017 tribute to the rock icon shared with Rolling Stone. He went on to say that Petty "It was always a pleasure to work with him since he's such a witty guy. He will be missed a lot."

Police frontman Sting had a hilarious cameo in "Bee Movie" that saw him argue with a bee in court. 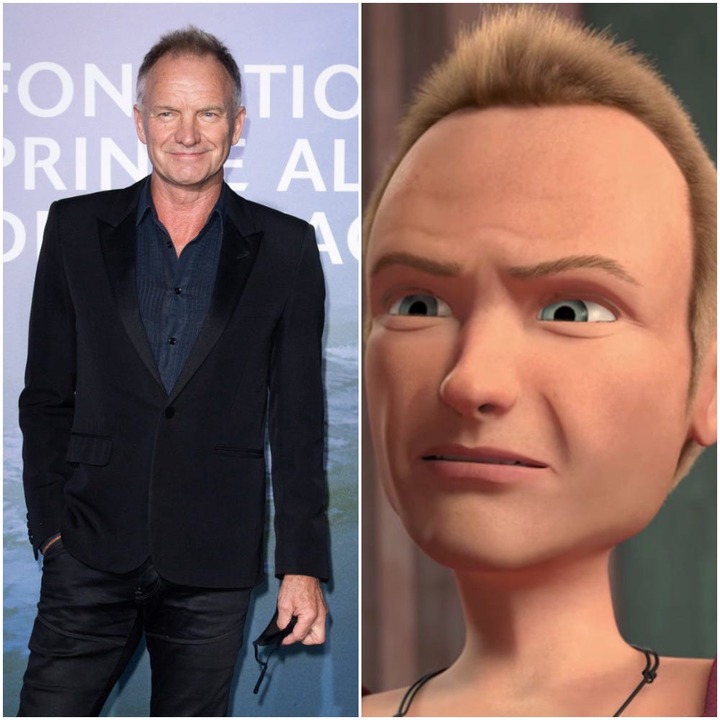 Sting was brought to the stand by Barry the Bee, who accused him of hijacking bee culture, and disclosed that his real identity is Gordon Matthew Thomas Sumner, much to the surprise of the courtroom.

From 1990 to 1992, the Police frontman also voiced Zarm in the first two seasons of "Captain Planet and the Planeteers." 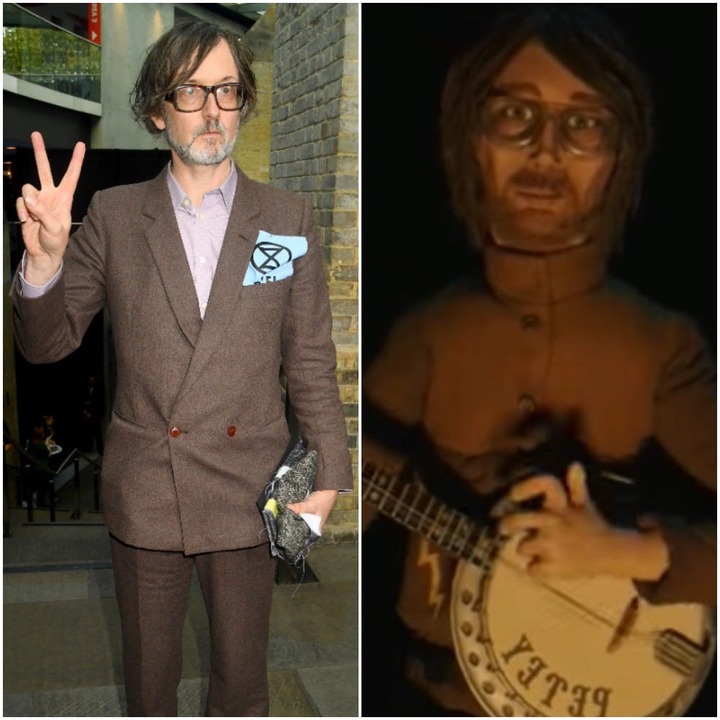 "The thing with children's novels is that if they're well-written, they may also appeal to adults. Those stories aren't sentimental in the least "The Quietus reported on Cocker's comments. "That's one of the good things about Wes' adaption; generally in a film, a fox kills a chicken is hinted or glossed over. You can see it now."

Snoop Dogg voiced a snail in the movie "Turbo" fittingly named Smoove Move, and It in "The Addams Family." 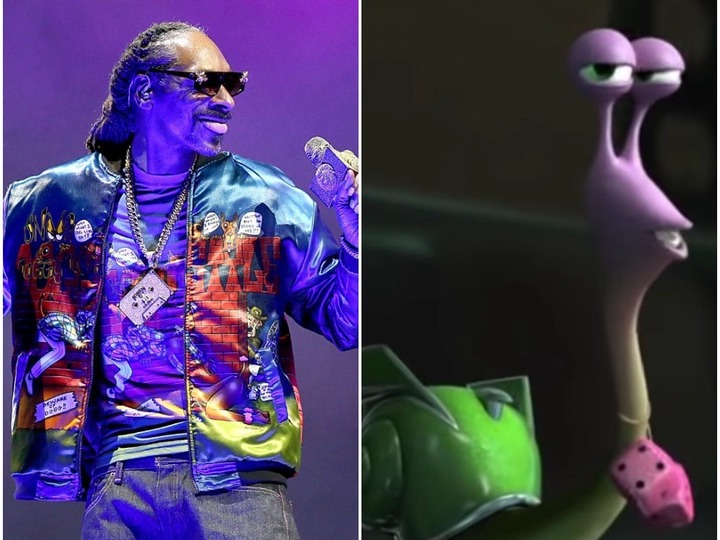 Turbo exuded Snoop Dogg's usual swagger, and he also had a lead song on the soundtrack.

"I wanted a song with a lot of energy, that was high-paced, that could captivate the kids, make them feel good about hearing it, and want to dance to it," he stated in a 2013 interview with the Los Angeles Times.

"I like how my character seems and sounds.... I believe I am a fantastic snail "he continued

Snoop also voiced It in the 2019 picture "The Addams Family," and he's now working on the sequel's voice. He's also appeared in cartoons including "F Is for Family," "King Of The Hill," and "American Dad!" as a voice actor.

Gene Simmons has had cameos in "Scooby-Doo," "SpongeBob," and "King of the Hill," but he's not always played himself in animated roles. 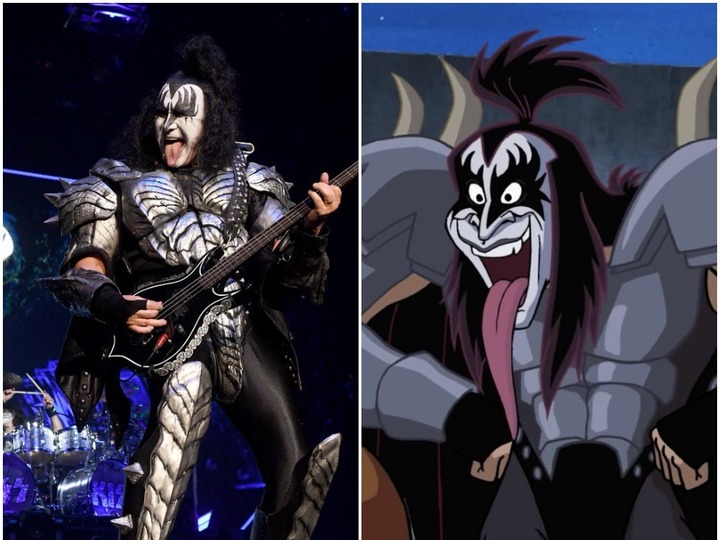 Simmons has worked as a voice actor on a number of occasions over the years. In the 2015 film "Scooby-Doo! and Kiss: Rock and Roll Mystery," he and the rest of Kiss performed a killer version of "Detroit Rock City" while Scooby and the gang battled a big monster.

Simmons stated of his character on "SpongeBob," " "I was made for this role. I've wanted to be a Sea Monster my whole life. It runs through my veins. It's what I'm good at. It's my responsibility. SpongeBob is envious, and rightfully so. I had a brilliancy about me.

Will.i.am starred as the rapping red-crested cardinal Pedro in "Rio." 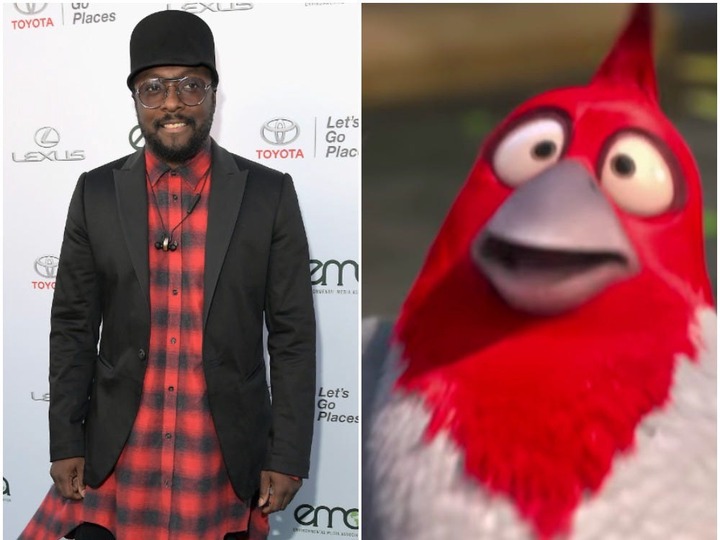 Will.i.am not only voiced Pedro, but also recorded four songs for the film: "Hot Wings (I Wanna Party)," "Drop It Low," "Real In Rio," and "Advice For The Young At Heart."