Tshiamo Molobi well known for the role he is playing on Rhythm City as Lefa is a South African actor. His networth has been reported to be R406 700.00 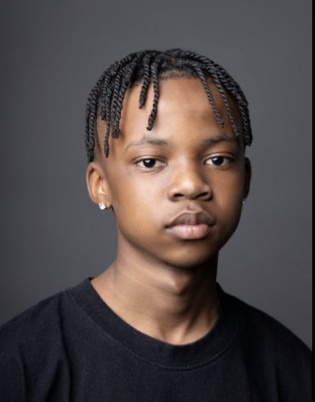 Tshiamo Molobi was born on the 17th of May 2003 (now 18-years-old) in Johannesburg, South Africa. Tshiamo is the only child to her single mother named Ida Molobi.

Growing up Tshiamo already knew his interest in acting. He was mostly inspired by the movies he used to watch as a child and claims that they do deserve his credit for such a life changing impact they had on him.

Tshiamo's mother Ida has been very supportive throughout his son's dream of being an actor. She further took him to acting agencies granting him the opportunity to fulfill his dreams.

He was first featured on TV adverts such as McDonald's Gomma Gomma, Coca Cola and Dstv adverts. As an actor he started in 2014 when he was 11-years-old. He started by playing the role of Lucky in a TV film called "Pad na jou hard".

The following year is 2015 he was granted the opportunity to play in MTV Shuga as Thuso Mbedu. In 2016 he joined a film called "Happiness is a four letter word" which had big stars like Khanyi Mbau, Reenate Stuurman, Emmanuel Castis and Mmabatho Montsho.

In 2019 he was called by the award winning sopie Rhythm City to play the role of Lefa who is Kea's younger brother. This is the role that he claims it matches with his real day-to-day life. Later same year he started playing on Mzansi Magic's "The Queen" whereby he played as Tshepo.

This year(2021) he appeared on Diep City as Sibusiso and again was featured in Rockville where he was playing as Delani.