By ScarcityNews (self media writer) | 14 days ago

The South African entertainment industry isn’t that massive and whatever you do within it, people will know. Also, there’s a lot of young talents that are working harder to make it to the mainstream media. Hence you cannot afford to slip up as an entertainer and if you do then you have to be twice as hard to get to the top. What’s incredible is that if you do your work accordingly and create a lot of good relationships in between, then you will reap out the fruits of your blood, sweat, and tears. Another thing, it’s important to be a student of the industry and be easy to work with.

Now, many people on social media have questioned the whereabouts of the South African actor Mpumelelo Bhulose. As they cannot see him on the tv screens anymore. After he had a dream run within the acting industry, securing massive roles on primetime shows that are watched by millions of people in Mzansi. According to sundayworld.co.za, Bhulose allegedly kept on being fired due to his huge ego which has made it difficult for him to settle on each production he has been part of in his acting career. Bhulose's first big soapie was when he played the role of Gxabhashe on SABC 1’s most-watched show Uzalo. That’s where he won tens and thousands of hearts with his amazing work on television. Unfortunately, Uzalo viewers had a shock of their lives when they heard that Bhulose was leaving the show. 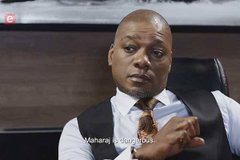 Luckily, he got another leading role in E.tv’s drama Imbewu: The Seed as he portrayed the character of Zimele Bhengu. Which he wasn’t able to keep too and was labeled a prima donna, as he has been constantly getting sacked from his occupation. It is alleged that Bhulose was linked to absenteeism and late-coming. Which caused the different productions to be behind schedule and they couldn’t contain his alleged unprofessionalism on set.