Skeem Saam's actor allegedly caused an accident and tried to flee the scene, see who it is Another Mzansi celebrity has made it to the list of those accused with bad things this year. This time, it is one of the actors of Skeemsaam that airs on SABC 1.

Eric Macheru is a South African media personality who is a former football player and actor. Macheru is popular known for playing the character of Leeto Maputla on Skeemsaam. Playing the character, he is an older brother that was once lost but however, changed his way of doing things and became a better man on the mentioned show. He is a lawyer on Skeemsaam and was married to Mokgadi Motloga on the same show but unfortunately it did not end well as their relationship had family members involving themselves in it. Macheru has allegedly recently caused an accident after drinking and being on the road driving. A social media user identifying herself as Refilwe Maleka came out on Twitter revealing shocking details alleging that the actor caused an accident that resulted into her car being damaged.

Refilwe Maleka on Twitter shared two videos whereby in one, Skeemsaam's actor appeared and said "This man was drunk AF at 16:00 in the afternoon. Hit a man's car and a passenger was injured. He hit my car while trying to flee the scene. I was with my six months old twins. He still tried to leave before the police arrived".

In another Tweet, she said "The black Madza is my car. He reversed into it and to this day, still refuses to cooperate with my insirance as they try to recover the amount i paid for excess and how much the insurer spent fixing my car. The most damaged was his uninsured Audi". 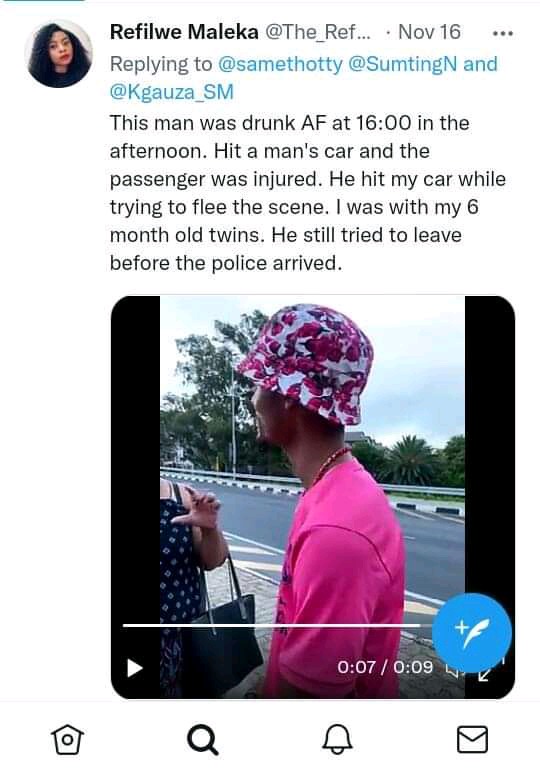 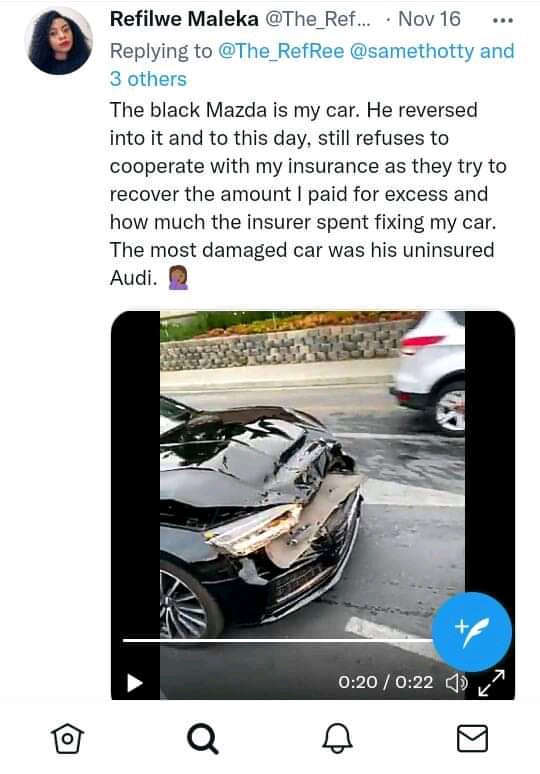 It is so dissapointing to be revealed that the actor got into the road while drunk without following the rules of the roads. Not only was he risking with the lives of other road users but he was also risking with his life. It is so sad to see Mzansi celebrities continuing to be involved in things that could result in being the end for them.

However, for now it is only allegations and as always, there are two sides to every story but if it is true then Skeemsaam's actor must be dealt with by the law or the police, he must take responsibility for his actions so that he learns and never repeat getting into the road while drunk ever again. 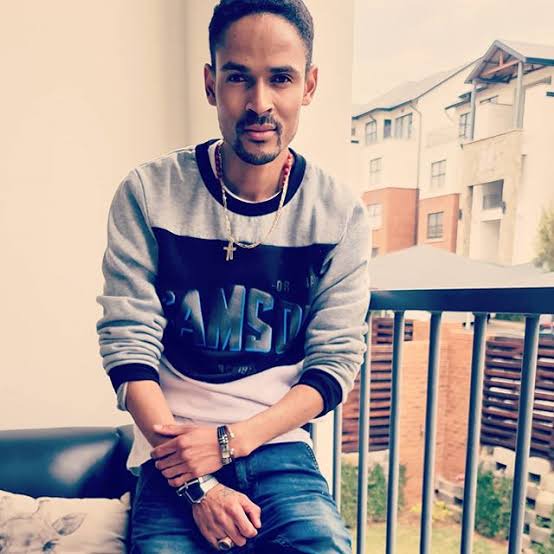