MacG of Podcast And Chill made some shocking revelations about a female DJ he once dated a few months ago. MacG admitted to his half-million YouTube subscribers that he and Lamiez Holworthy were once together. MacG created a stir on social media when he revealed that he and Lamiez were once together but that he had broken up with her a few years ago. People were enraged by the real reason he gave, claiming he could have kept it to himself.

Although some people were aware of their "fling," the majority were unaware. Sol teased MacG, saying he couldn't call Lamiez an ex because they only dated for a month and never slept together. Lamiez is a sweet girl who stays out of trouble, which is a good thing, according to Sol. He described her as "such a beautiful person who never harms anyone." Sol inquired about their dating history, but MacG laughed and said, "You didn't smash, so it doesn't count." "We've all been in situations where you date for a week and then the girl says, 'I'm going through things, I shouldn't have said yes,'" he explained. MacG went even further, claiming that he had to dump Lamiez because she was becoming too serious about introducing him to her parents. He revealed, "She wanted to introduce me to her parents and stuff, so I said nah, I'm gone."

MacG then admitted that he felt terrible about dumped her because he could tell she loved him. "I thought we were just having a good time, but then I realized she's very serious." Sol cut him off before he could say anything else. In the most recent episode, 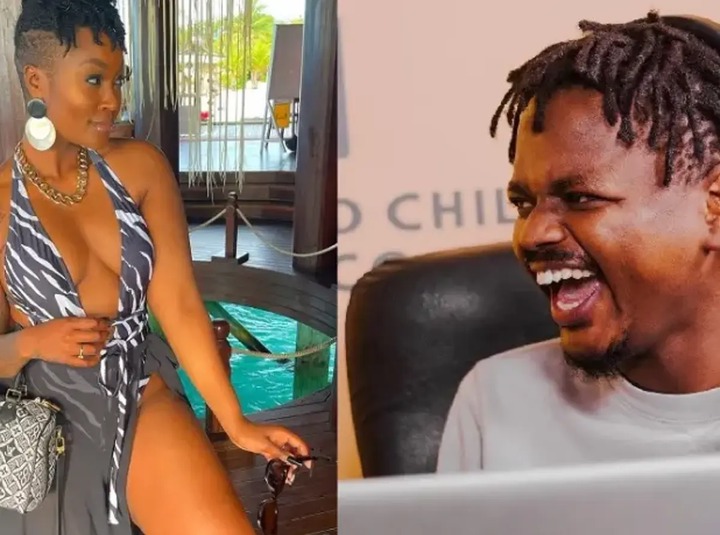 MacG discussed Black Coffee's Grammy Award party event in this week's episode of Podcast and Chill, where he found himself surrounded by all the people with whom he has beef because of what he said on the podcast. He was surrounded by people like Minnie Dlamini and Unathi, about whom he has said very nasty things. Khuli Chana and his wife Lamiez were also present. There was also DJ Fresh, with whom he has no quarrel, but who was in the same vicinity as the persons he had just listed.

So, for the sake of peace, he greeted everyone in his vicinity. "I can't say hello to everyone and not say hello to them." "So I go there and introduce myself to Khuli, because he is my son. Lamiez, on the other hand, made it awkward for you, guy." "Why are you telling people that we dated?" Lamiez allegedly questioned MacG. 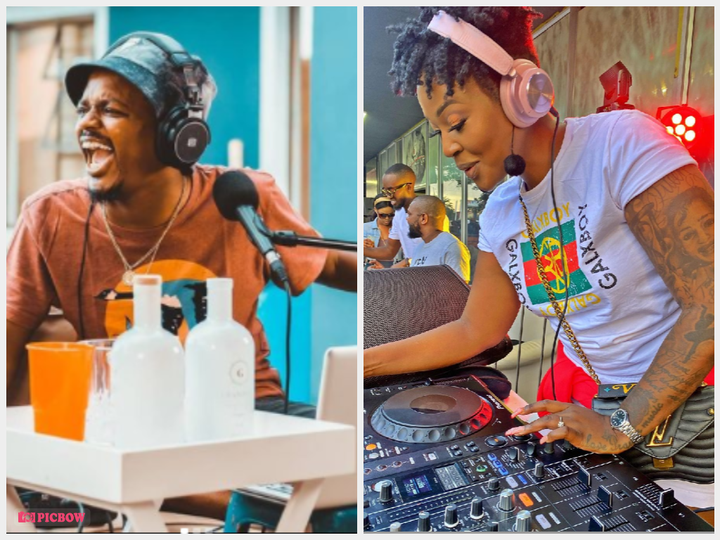 Sol then smiled and said that was a great question because MacG had said far worse things about her in the past. "Females (DJs) can't play," he added, among other things. MacG responded to Lamiez by saying he told her they did date, but Lamiez claimed she didn't recall. He then said that he had no choice but to let it go because Lamiez is married and he couldn't disrespect Khuli.

Khuli, on the other hand, expressed relief that everything had been resolved because he was concerned when others told him MacG had claimed to have slept with Lamiez. MacG also received backlash for allegedly misquoting Heavy K, who claimed that Black Coffee's Subconsciously CD was 'pap,' or terrible. Heavy K, on the other hand, contradicted this and shared a footage from the interview in which he stated that he loves the traditional Black Coffee.

"I was inspired by the traditional Black Coffee. I believe the new Coffee is a highly astute grootman. Everything is calculated by him. There are some places he has visited that I have not. Maybe he's discovered new doors to explore, but it'll always be that old sound for me "'That's what he said,' he said.

Heavy K was enraged that MacG misquoted him, and he stated that he will not tolerate people who lie about him. "One thing I won't tolerate is someone using my name or projecting me as someone I'm not in order to forward their story." Then Heavy K slipped into Black Coffee's DMs to clear the air. "I said exactly what you mentioned during our conversation with MacG. I would have asked you if you had said anything that made me uncomfortable."