By KgaogeloEntertainment (self media writer) | 3 months ago

Lawrence Maleka is a South African TV presenter and actor famous for presenting Clash of the Choirs. He has also presented Star Gist, all-access Mzansi, and several other shows. Lawrence is also a brilliant actor who portrays Zolani in One Magic's Telenovela, the River as Lindiwe's right-hand man. 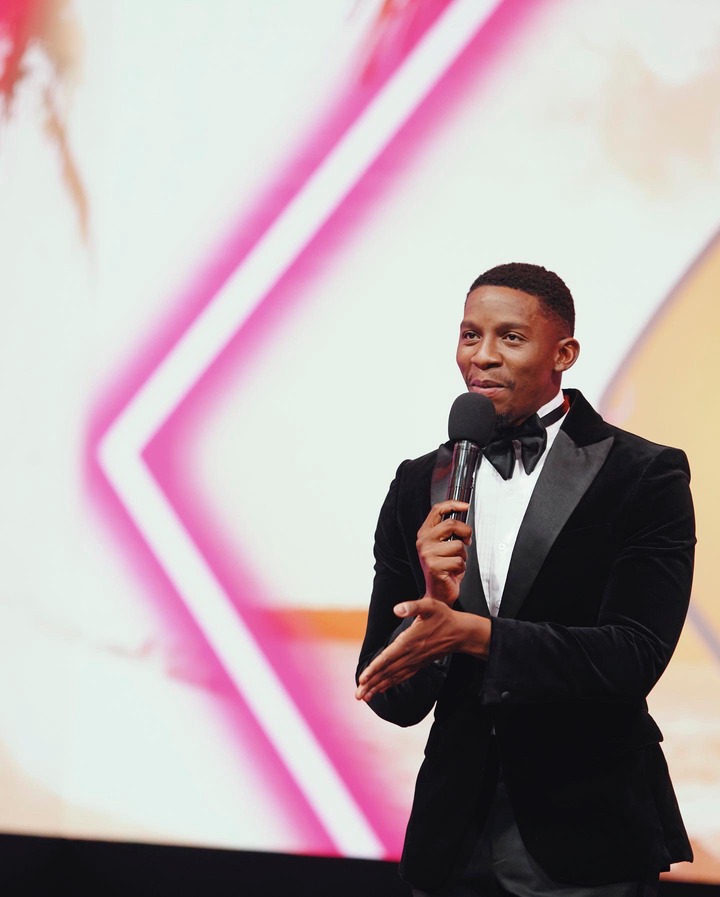 So far Lawrence has made South Africa proud with his acting and presenting skills and that has opened more doors of success for him. It's always good to see South Africans doing well for themselves. Speaking of doing well Lawrence has yet again got people talking after he was seen on the season 3 Big Brother Mzansi as the new host of the show.

People have been waiting for the third season of Big Brother Mzamsi which started on Sunday night with 18 new contestants. The two-hour show that saw the housemates being unveiled, also marked the 20th anniversary since the international format was first staged in Africa. 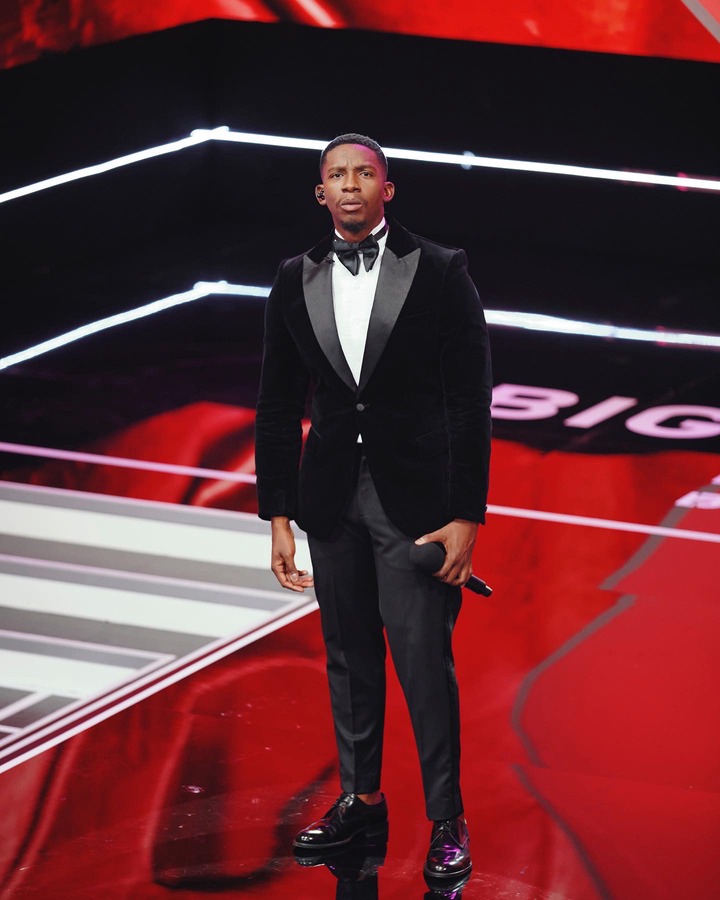 Called Big Brother Africa, the international phenomenon was first televised in May 2003, with Mark Pilgrim as host.

Now the new season is being hosted by our very own River actor Lawrence Maleka.

It's amazing how people responded to the first show and Lawrence being the host. After Lawrence took to his social media account to share about the BBMzansi people went bananas. This got people head over heels with his presenting skills. 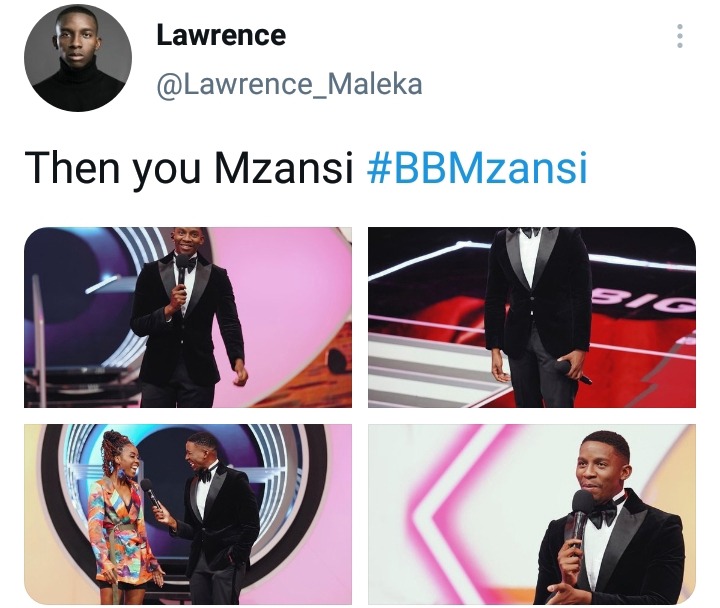 It's not every day you find people responding positively to someone especially if someone replaces someone on the show. They tend to compare the other person with the previous host. But with his talent, Lawrence nailed it as people loved him. Below is what people had to say please read the comments below: 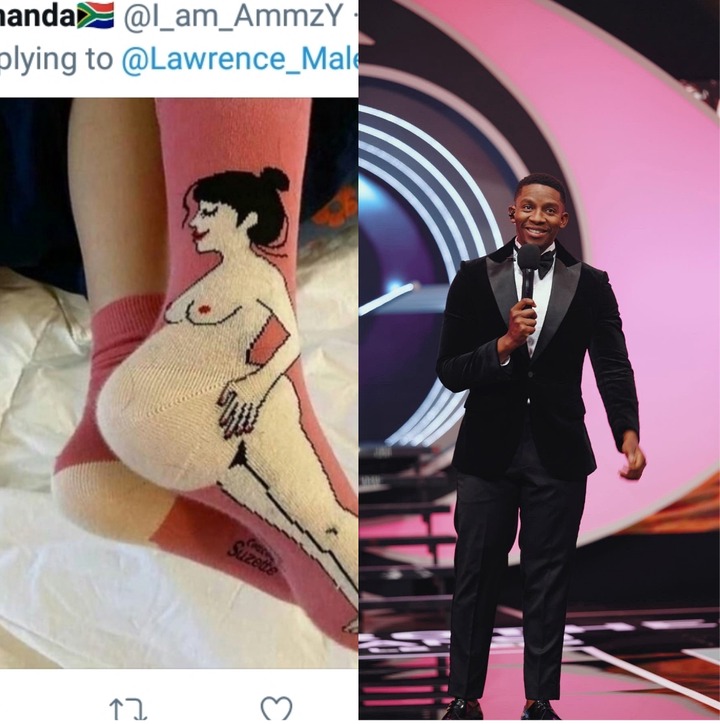 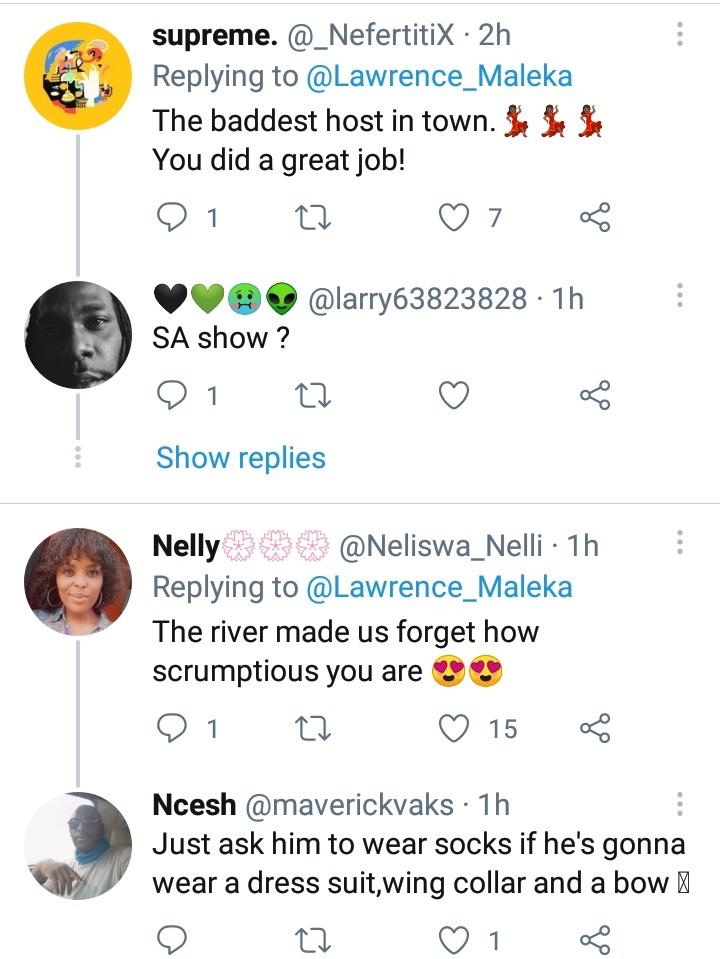 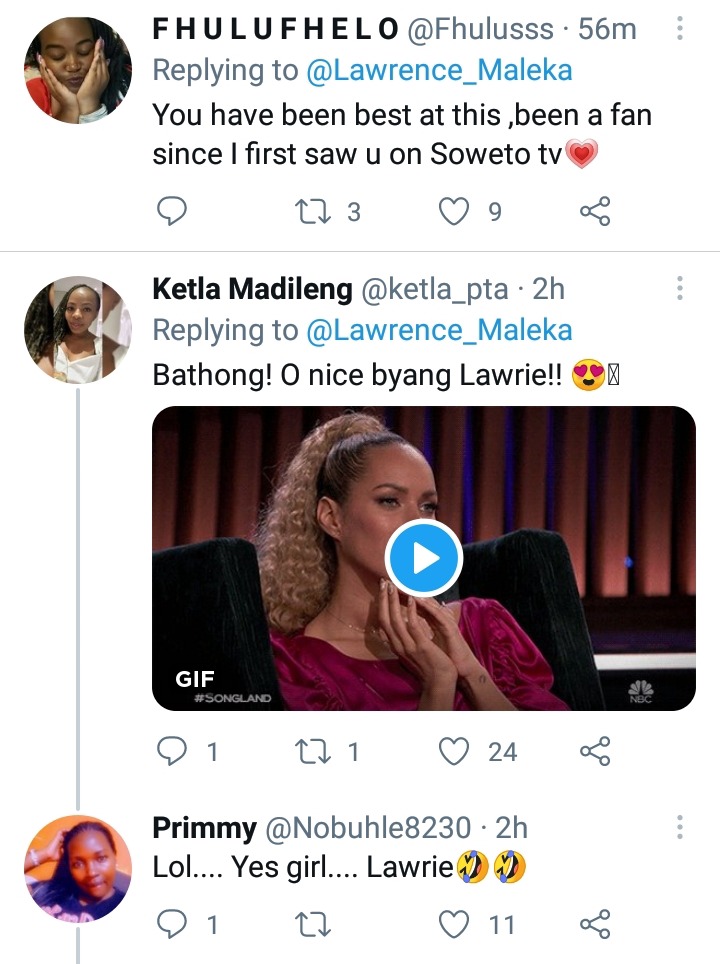 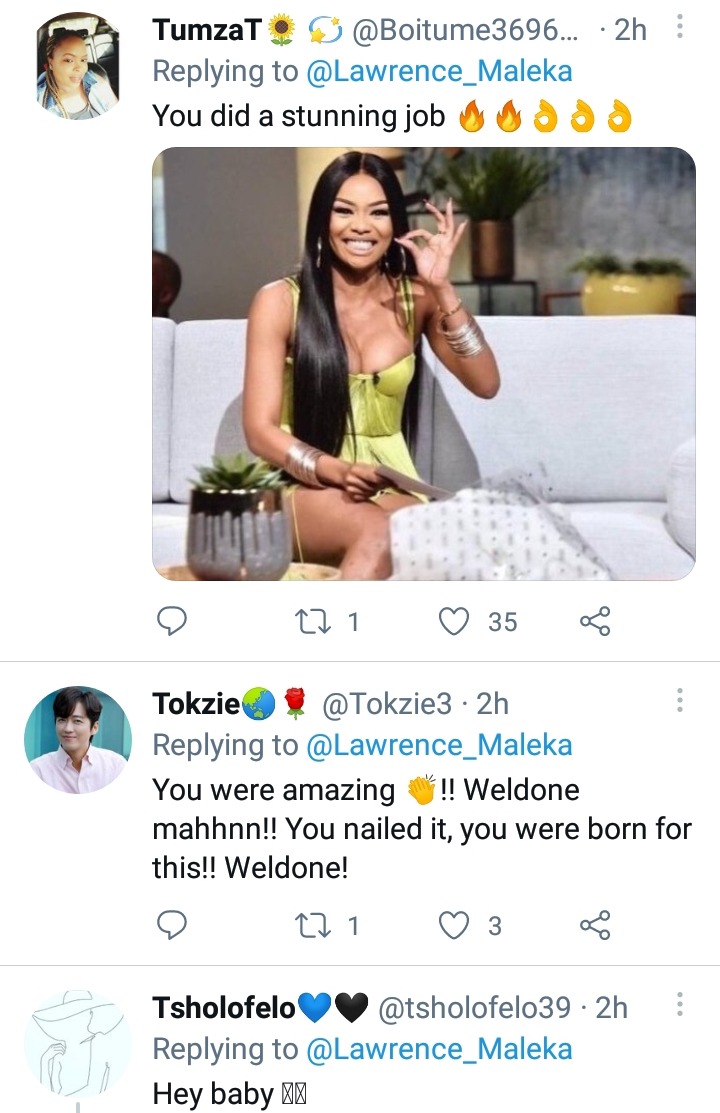 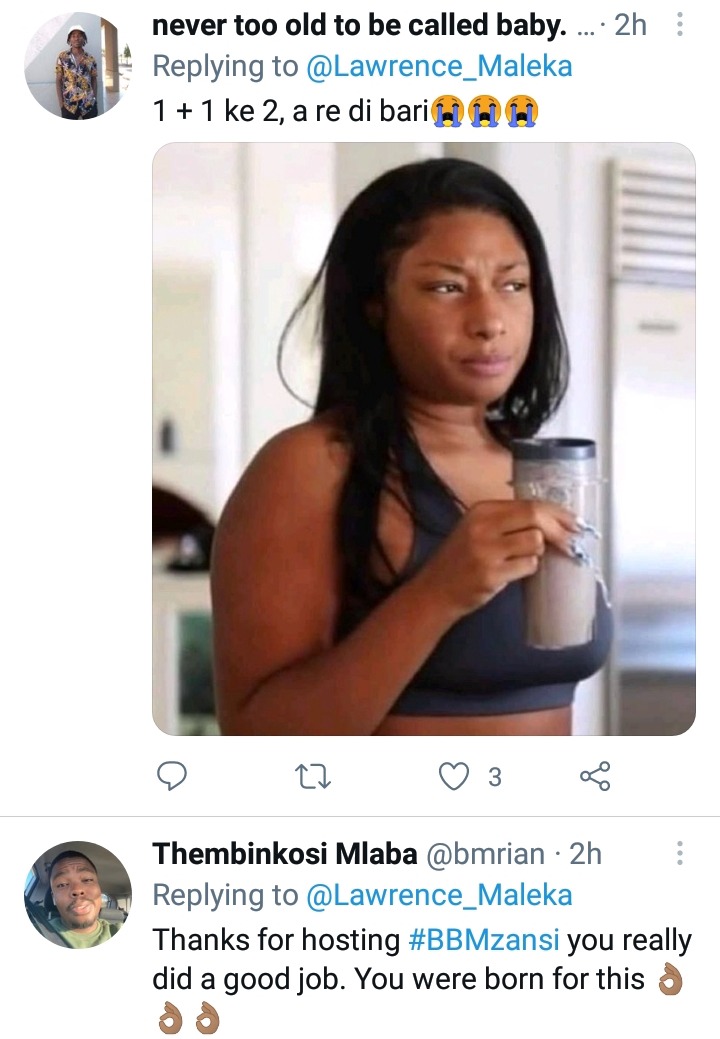 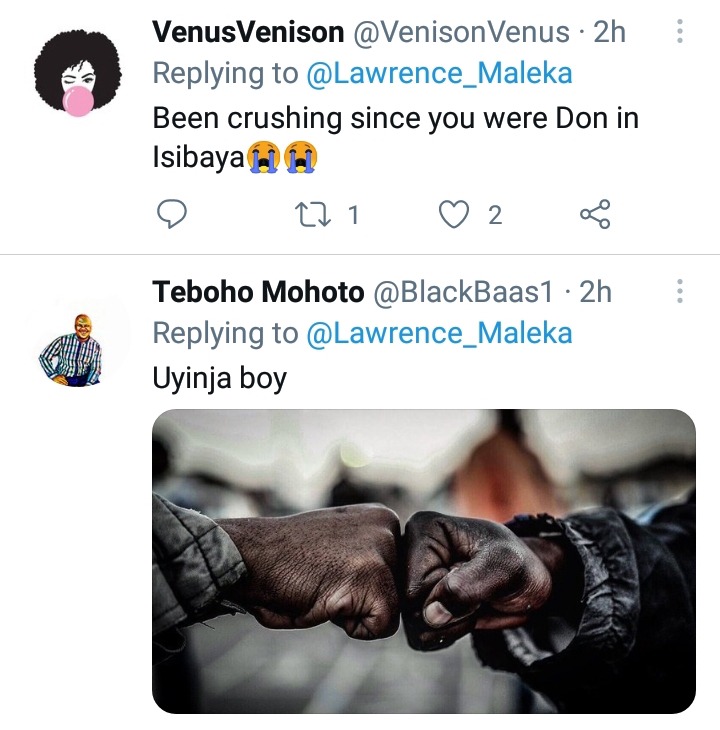 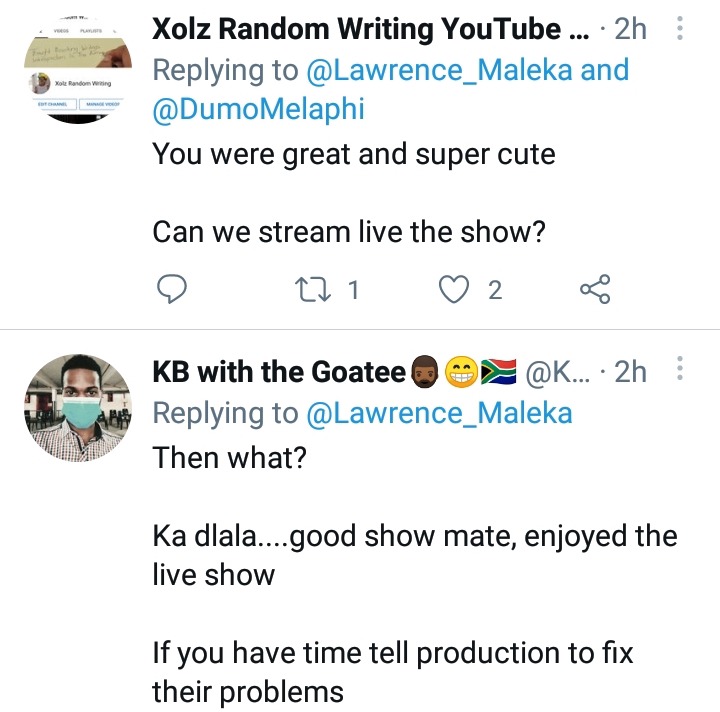 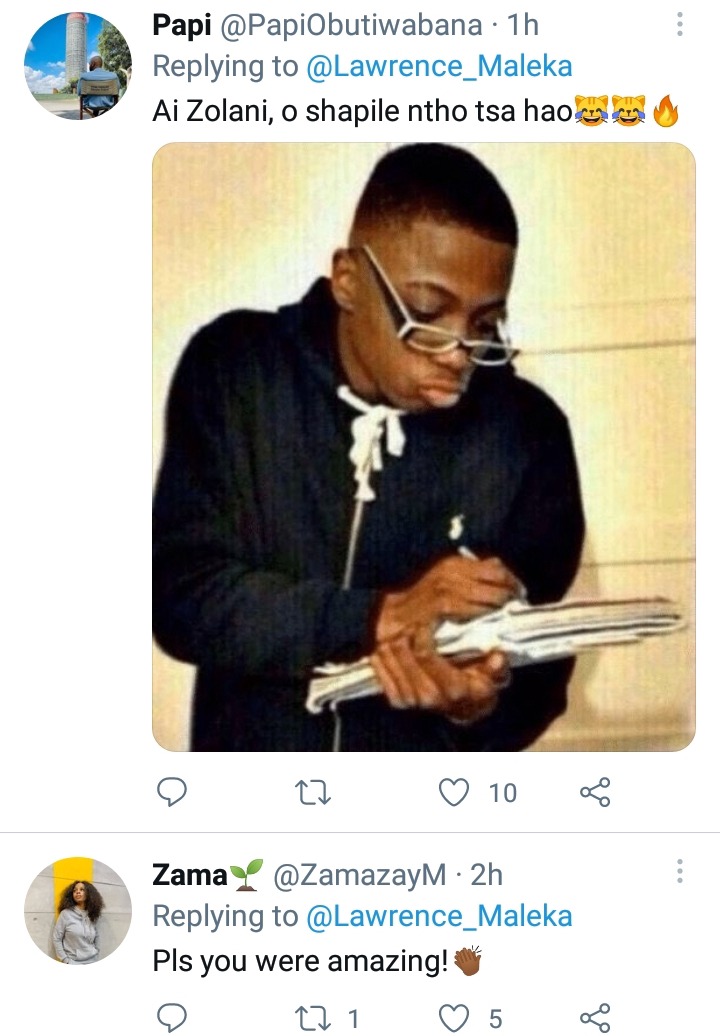