By Modumo (self media writer) | 3 months ago 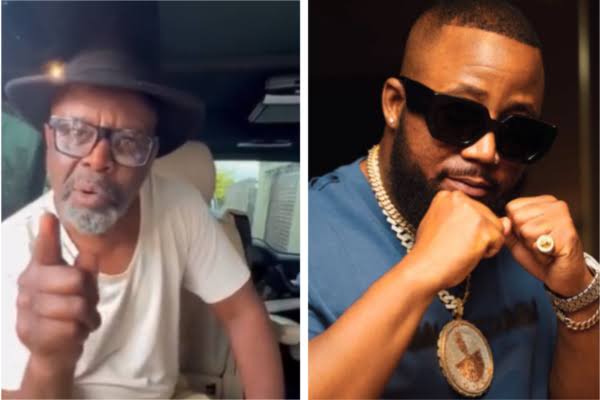 The news were confirmed by entertainment commentator Phil Mphela on Social media.

"Patrick Shai, a prolific actor with an extensive filmography under his belt, passed away. Family confirms." Phil wrote. 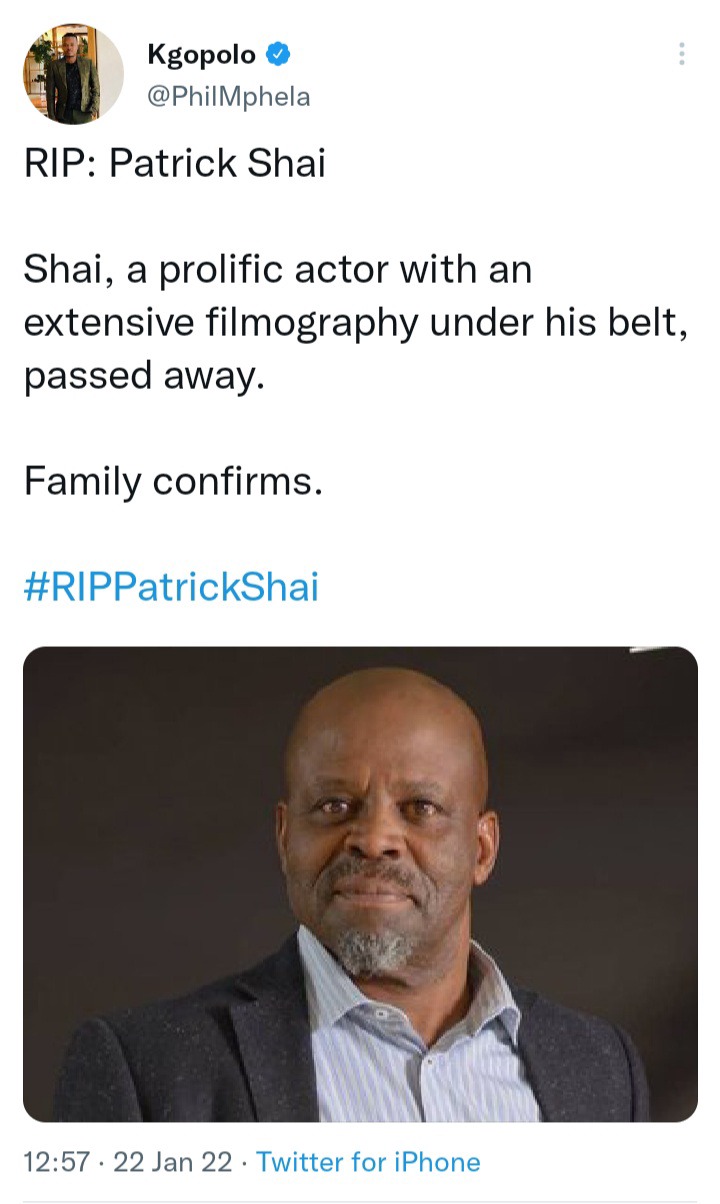 It is not yet revealed what caused his death but users speculate that he committed suicide while others said he was dying inside.

" I feel like this man planned suicide before the videos about Cassper Nyovest. He wanted to trend then sacrifice his life as an awareness for men's struggles," wrote a user.

Earlier this month Patrick made headlines after releasing a video of him asking for a boxing match from Cassper Nyovest. In addition he also swore at Casspers mom calling him a son of a b**tch.

This caused a stir on Twitter where users slammed him and said he should ask for money very nicely.

Read more about the story here

This is so Heartbreaking, he had a programme for women not to be silent when experiencing GBV because they might end up committing suicide.

Inside Namhla Mtwa's murder case| Mtwa's sister may be in danger? Here is what Major allegedly did