A huge disappointment to everyone who thought Kelly Khumalo and her sister Zandie Khumalo-Gumede have forgiven each other.

Zandie Khumalo recently left many people happy when she posted a picture of her baby (Zenala) as well as pictures of Kelly Khumalo's children Thingo and Christian on Instagram. That happiness disappeared like dew after sunrise when Zandie revealed that she and her sister Kelly are still enemies. 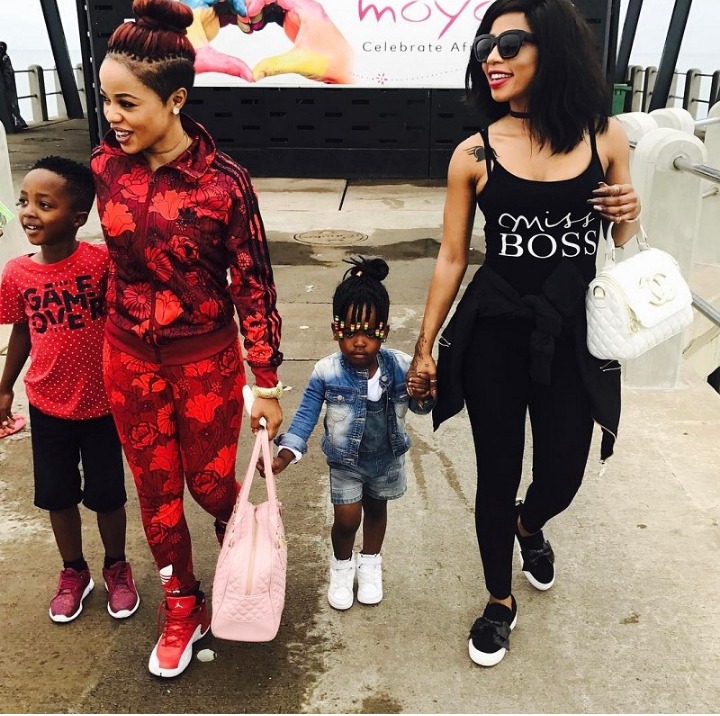 'This was a special moment for me, especially not because they are like my kids, but because they were part of my pregnancy ever since i was three months pregnant. They used to call me every Sundays and force me to place the phone on my stomach so they could have a coversation with their cousin. They couldn't wait to hold their cousin after birth. When the moment came i saw their faces and magic happened.'

However Zandie says things are still the same between her and Kelly and that she still feels the same way as when she decided to part ways with her.

'I have received all the messages of joy from people who were happy to see the kids together. It really warmed my heart but I've noticed that some people took my post as a sign of forgiveness or unity between my sister and i, but thats not what it was. The focus was on the kids only, it is not the kids' responsibility to solve the situation between us but it's all up to us.' Explained Zandie.

She mentioned that she took a decision not to involve Kelly's children in their issues. 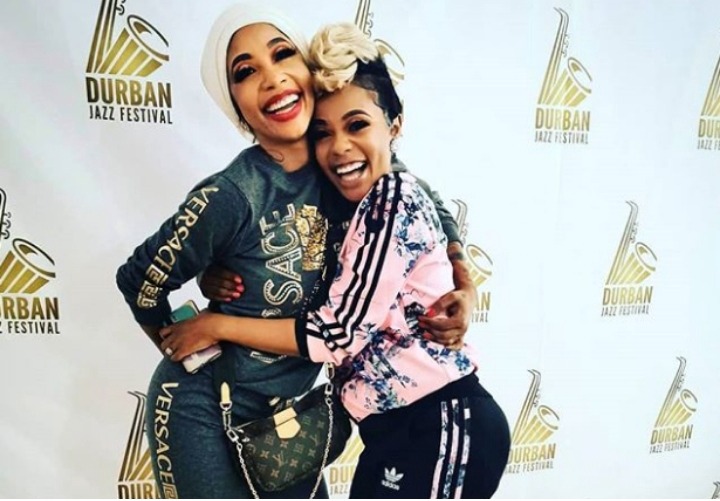 She revealed that she had to be careful on taking the decision to part ways with Kelly, she said things might change between them as time goes but for now they are still enemies.

In February, Zandie Khumalo announced that she is divorcing Kelly, this was after Kelly complained about Zandie's husband Mhlo Gumede.