Lebo Keswa, the wife of actress Letoya Makhene, has been arrested 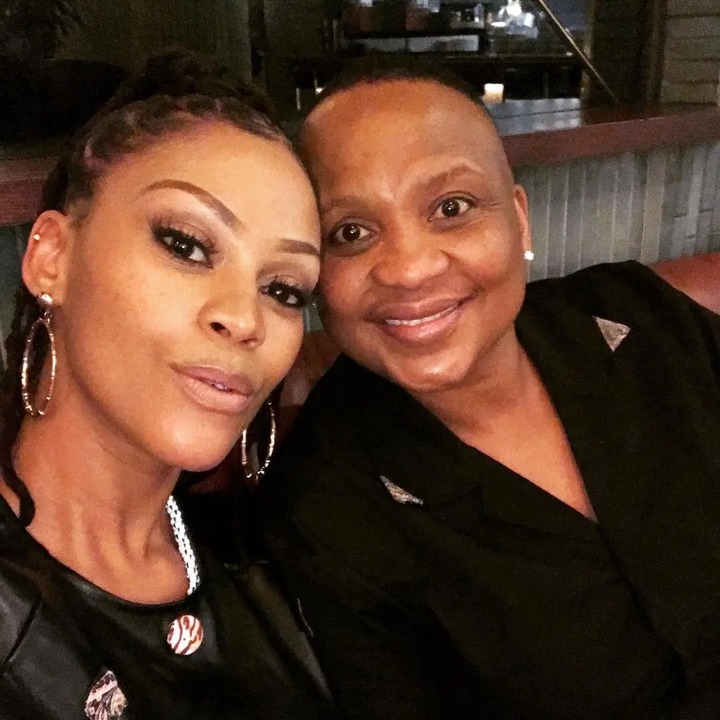 According to Maphepha Ndaba's popular Instagram page, Letoya Makhene's wife, Lebo Keswa, was arrested for allegedly vandalizing a bakery and damaging furniture while hurling insults at people. As the saying goes, there are always two sides to every story, and it appears that a local publication has revealed the true reason for her arrest.

This report by the gossip page, which claimed to have received a DM from a Facebook user who was present during the incident, caused quite a stir on social media. When angry, the user allegedly "vandalises everything to no repair." On Facebook, word spread quickly that Lebo has no mercy and that no one is safe when she is angry. She roars like a lion, admin, and we're terrified of her, says anonymous on the DM. She was arrested, but we're afraid she'll get out and moer all of us Admin, says a Shebeen Queen who's also afraid for her life," according to the post.

According to a local publication, Lebo was actually defending her wife Letoya, who was allegedly sexually harassed by a foreign national.

The man did so, according to the paper, because he told Letoya to stop dating women. This enraged Lebo, who confronted the man, but the outcome was not favorable for Lebo, who was arrested.

The plot twist is that the businesswoman filed a complaint against Lebo at the Midrand Police Station, claiming that her bakery was "maliciously damaged" without provoking Lebo.

Lebo, who is also accused of filing a case against the woman and the foreign national, appeared in the Midrand Magistrate's Court today and was released.

They were stalked and robbed by unidentified people a few months ago, and they went off the radar for a while.

They were accused of being impoverished, but Letoya refuted the claims, saying, "My wife and I wine and dine about three times a week." Now tell me how we can be broke when we can afford to go out so much. We can send you our bank account balance, which is quite healthy."

There's a guy who has been following us for a while now, and he was the first to post about this (R2000 bill left unpaid thing) on his Facebook. My wife and I go out to eat and drink about three times a week, and we have our favorite spots. "We were made aware of the Facebook post by this guy, which we believe started the rumor that we didn't pay the bill, which was about three weeks ago," Lebo explained.