Tiwa Savage's sponsorship deals could be jeopardized as a result of the sex tape scandal. 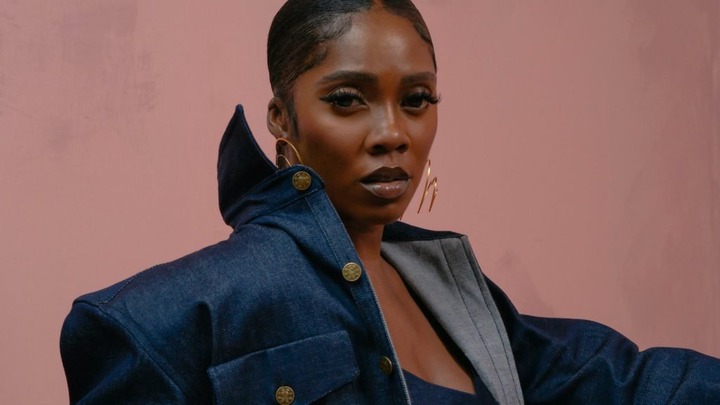 Tiwa Savage, a popular Nigerian musician, may lose some endorsements and have her public image tarnished as she confronts a scandal that has prompted outrage on social media.

Following the leak of a sex-tape allegedly involving the singer and her partner on Wednesday, social media was buzzing.

Though Tiwa has yet to confirm or deny whether she is the woman in the video, she had previously raised the alarm that she was being blackmailed by an unknown individual with a sex film in an interview with American OAP Angie Martinez of Power 105.1.

Even though she claimed that the video was unintentionally put on Snapchat by her lover, who promptly deleted it, she voiced fear about what the blackmailer could do with it.

Despite her insistence that she would not pay the blackmailer a dollar, Tiwa terrified that the personal video would harm her career and public reputation.

Some Nigerians who questioned the singer's credibility suggested that the supposed sex video scandal was only a publicity stunt for her recently released remix of "Somebody's Son" featuring Brandy.

Those who said it was a PR hoax, according to Tiwa Savage, were simply dissatisfied that she was able to control the narrative and not let the 'blackmailer' destroy her.

Tiwa's purported sex tape was eventually made public. The audio was released in the dead of night on Tuesday, and by morning, it had taken over every gossip corner.

When the singer's intimate moment with her lover was captured on camera, fans were taken aback. Many people claimed that the female on the sex tape bore a remarkable similarity to the 'Koroba crooner.

Tiwa looked unconcerned as the social media area became increasingly noisy, and she proudly displayed the diamond-encrusted wristwatch she had purchased.

Although it is unclear whether the woman in the viral video is Tiwa Savage or if the published tape is the one she mentioned, the singer has kept silent on the matter.

Many people have denounced the blackmailer for revealing the clip, while others have chastised the vocalist for being reckless.

Some Nigerians condemned the conduct, claiming that the video was leaked because she boasted about "managing the narrative."

Regarding the matter's detrimental impact on the artiste, Issac Mayowa, a public relations specialist, told DAILY POST that while the entertainment business has been engaged in various controversies involving many other artists, a sex-related issues undermines an artist's career and public image.

"The music industry is riddled with scandals, from domestic abuse to reported adultery or extramarital affairs, but when an artist's sex video is revealed, it's a massive blow. "It takes months, if not years, to repair the damage such a clip may create. Damage control for sex tapes is a daunting task. Most endorsement contracts include moral clauses that give the corporation the ability to terminate the contract if a celebrity gets into difficulty and their reputation is tarnished as a result.”

Charity, a Tiwa Savage fan, recalls how popular singer Chidinma Ekile bounced back after her alleged sex tape was leaked and predicted that Tiwa Savage would as well.

"Just because Tiwa Savage's private life was made public doesn't make her any less human than the rest of us." She's incredible, but she's not an angel, therefore mistakes like this should be forgiven. Chidinma overcame the same scandal, and look how far she's come since then."

Lukas Zayiwulu, another respondent, asked the singer to have her lover arrested for his mistake. He also suggested that she tidy up her circles.

"I'm not sure how her alleged lover gets off with this entire sex stuff." Her boyfriend, whose entire picture wasn't revealed, submitted the video, which was a close shot. She has a whole army of the wrong company, and she needs to tidy up before they eat her."

Some celebrities, including Harrysong, Nedu, Mercy Aigbe, IK Ogbonna, Tacha Akide, and BBNaija's Angel Smith, have spoken out in favor of the singer amid the backlash. They congratulated her and encouraged her.

Soul ties? You can cut ties with your ex boyfriend/girlfriend using this simple method