By #d-trends (self media writer) | 6 months ago 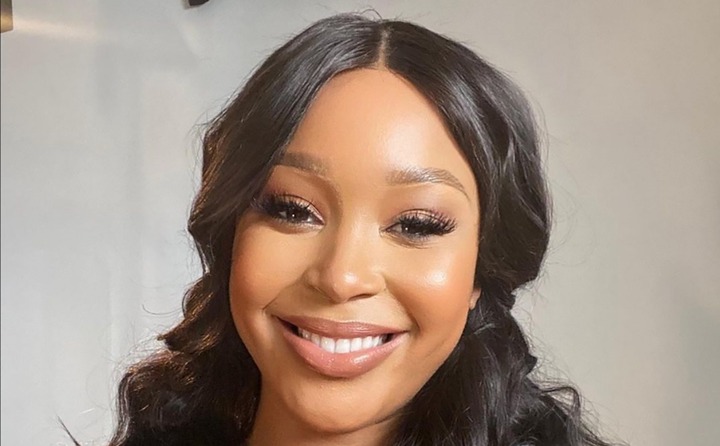 Minnie Dlamini Jones is a South African actress, presenter, businesswoman, and ambassador. She has a long career in the entertainment industry. Despite the fact that she hasn't performed in a long time, she is still regarded an actor.

She was a close friend of Naledi Villiers, who appeared on season one of the Real Housewives of Johannesburg reality program. Naledi was previously married to DJ Quinton Masina, widely known as [email protected] DJ. He is a Metro FM presenter. They announced their breakup in 2019, and they were never ever photographed together or discussed each other on public platforms after that. 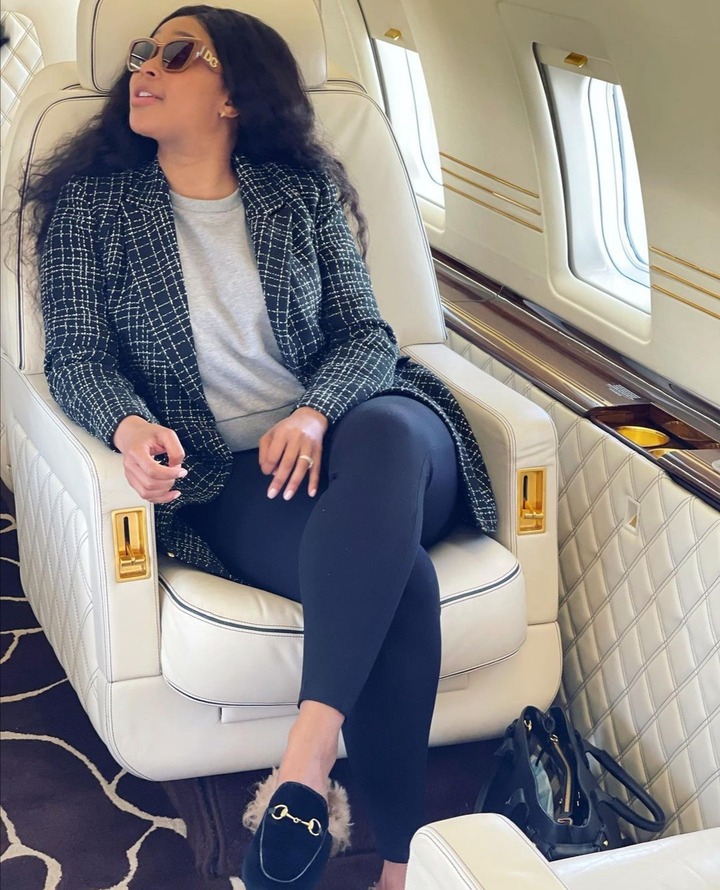 It was announced earlier this week that Naledi had succumbed to cancer. The majority of individuals were unaware of this. They had no idea she was battling cancer and were shocked to learn of her demise. She posted a letter on Instagram earlier this year. The message stated that people should cherish her while she is still living, and that everything they do after she is gone will be pointless. She also included a comment on what she would not want people to do at her funeral. 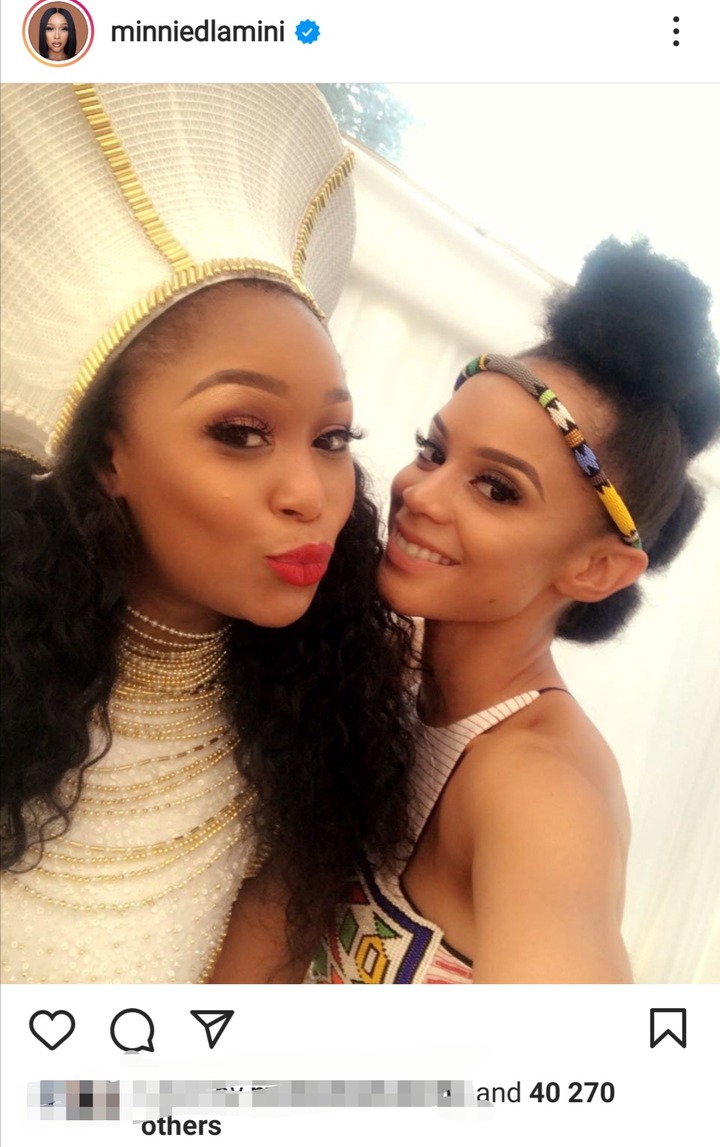 Minnie Dlamini took to Instagram today to express her condolences for the loss of her buddy. She composed a lengthy text about their connection and expressed her sympathies to her buddy. Condolences Messages have poured in beneath Minnie's photo with Naledi. They hadn't been seen together in a while, but that didn't mean they weren't still friends. May the soul of Naledi rest in peace. She appeared to be a beautiful lady who was really down to earth. Those who have had the opportunity to interact with her have only positive things to say about her. Cancer is claiming the lives of an increasing number of individuals. 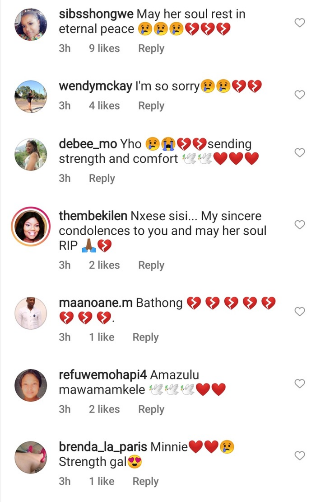 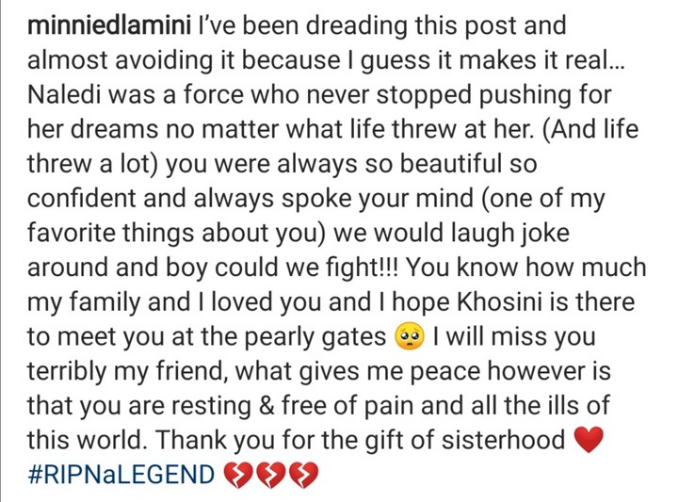 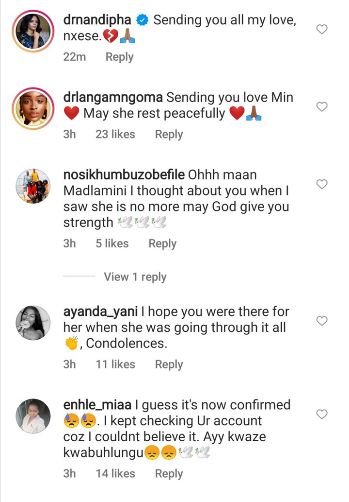