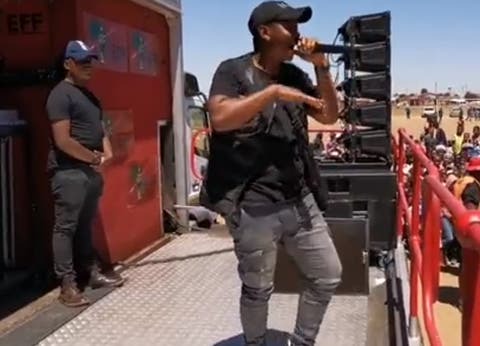 With elections scheduled for November 1, the Economic Freedom Fighters (EFF) is turning up the heat with star rallies. The party, which has a large youth following, appears to be playing its cards well by inviting celebrities to rallies.

Yes, the EFF is holding rallies to rally support as the November elections approach. From tagging along Mandela to their campaign trail, the EFF appears to have tagged along Skeem Seem firebrand to do the same for them. The Queen actress was also spotted at Skeem Saam's rally, which was headlined by T-bose.

Yes, during their recent rally, Cornet Mamabolo, better known as T-bose on Skeem Saam, was a member of the EFF campaigning team. The actor took the microphone and performed a song for the audience. 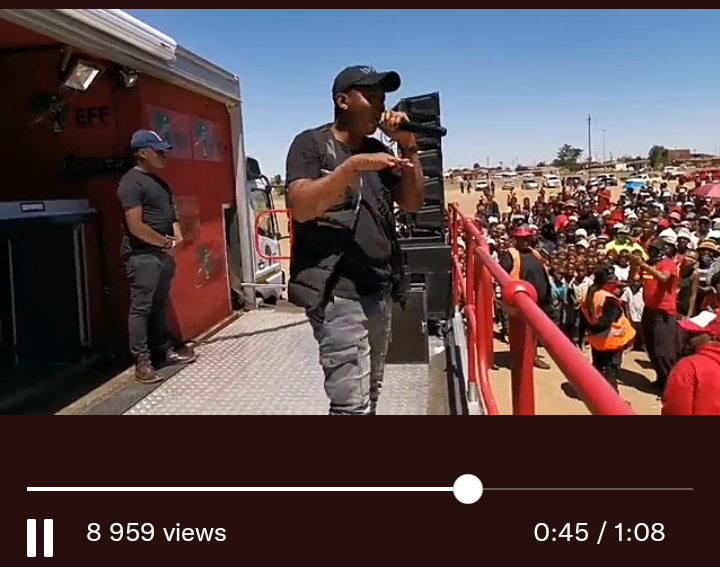 T-Bose had no idea he could drop the bars. The audience erupted as the star actor delivered a few lines to get their fans in the mood. The video has since gone viral on social media, and many people are wondering if the actor quit acting for political reasons.

Little is known about his departure as of yet. However, much has been said in the aftermath of his departure, from being paid peanuts to quitting acting to focus on his business. Is he pursuing a political career with the EFF?

Don't Do This While Taking A Shower