Lalela Mswane vs Ramaphosa || Miss SA 2021 is Being Robbed By Cyril. Whose Side is Mzansi on?

A beauty queen who has endured the most for the crown must be Lalela Mswane. Her followers say she deserves an apology from the government for how she was treated after she overcome all odds and placed third in the Miss Universe contest in Israel last year. The government just stated on President Ramaphosa's official Twitter page that he had received a Letter of Credence from the Israeli Ambassador. In the background, Israel's flag proudly flew. 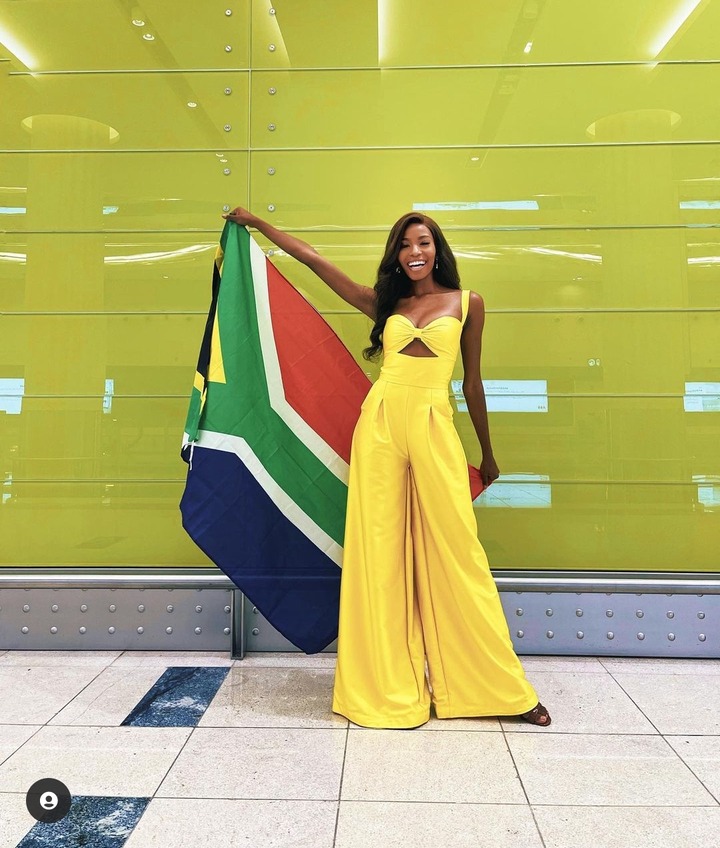 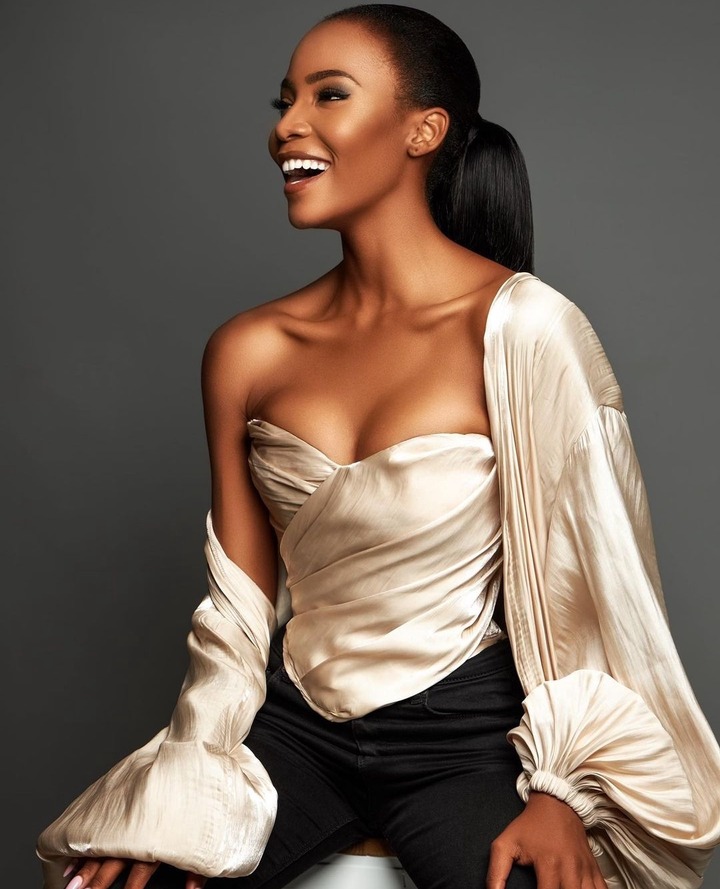 Many people remembered how the authorities treated Lalela when she said she was going to compete in the pageant in Israel. There is no way Mzansi can disassociate itself from a country accused of human rights abuses and apartheid, they believe, and the government must now apologize.

When Lalela was preparing for the competition, the government withdrew its backing and distanced itself from the Miss SA organizers. The contest would “harm the reputation and prospects of a young black woman”, according to the statement. 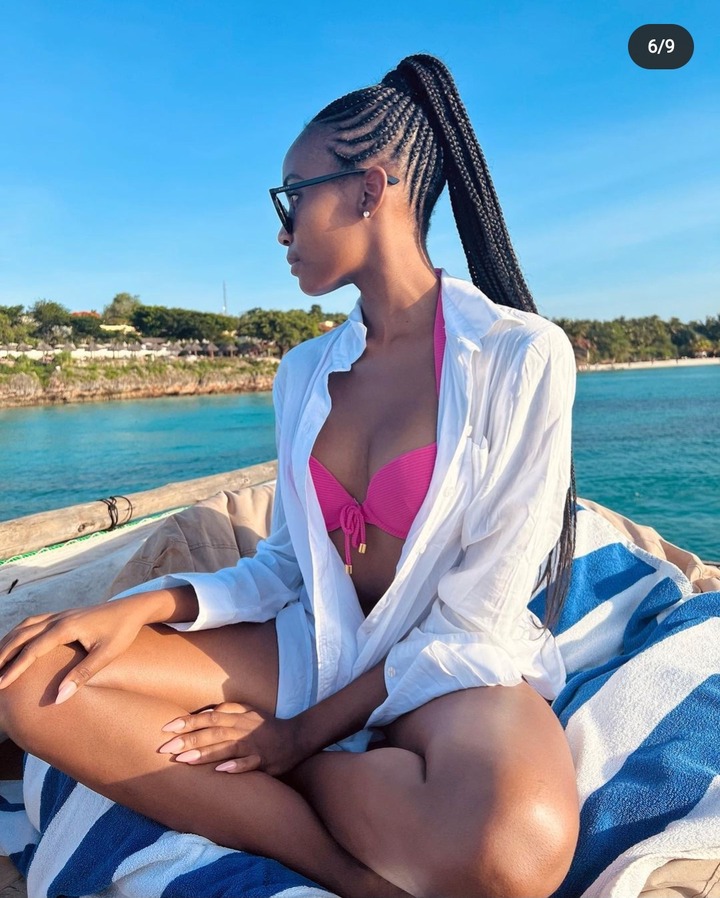 And now the government's hypocrisy is exposed. So they turn around and enthusiastically shake hands and sign agreements with the Israeli government as if their former “hesitation” has been forgotten, because it promotes their own personal interests. 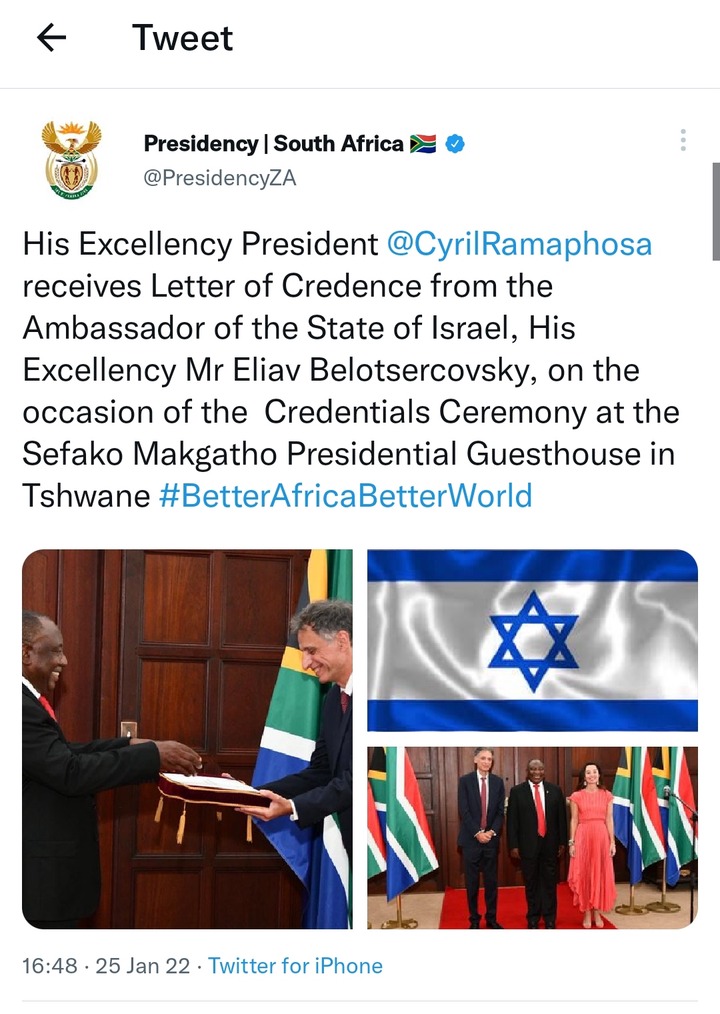 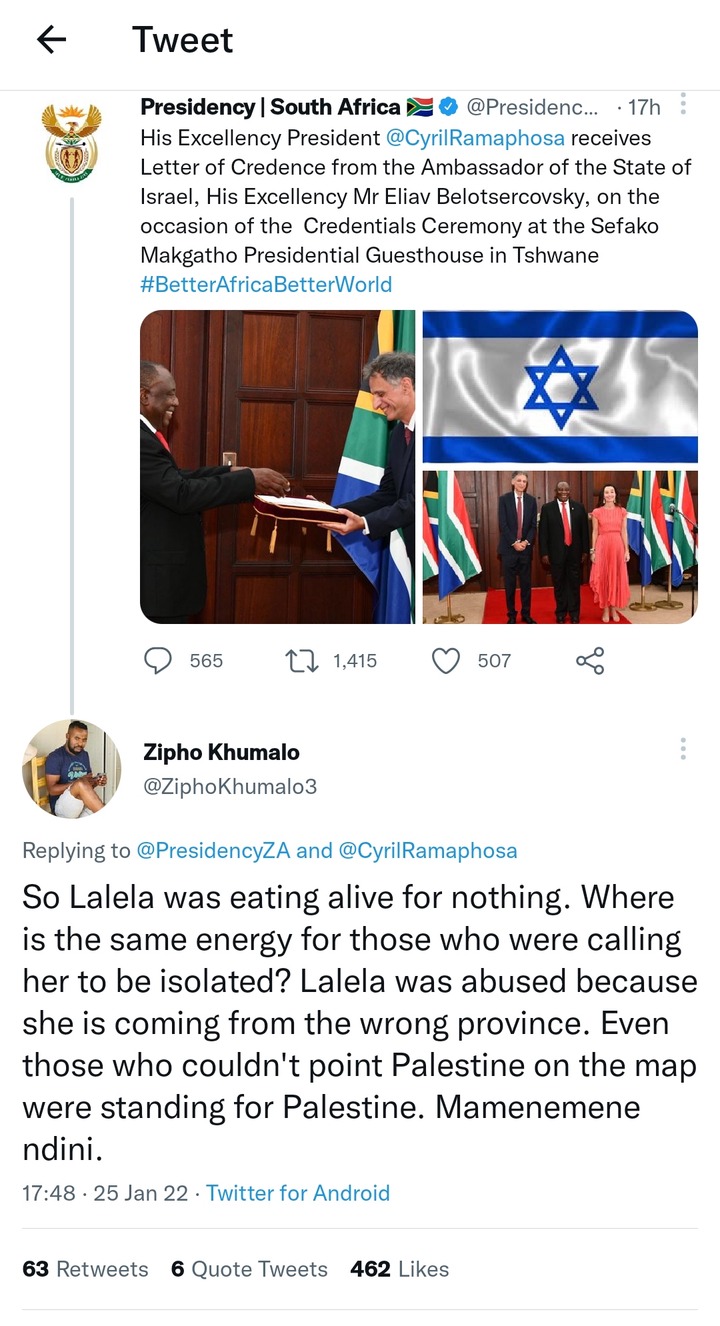 In their minds, the outcry was never about Israel's apartheid. Uncertainty surrounds the rationale for the personal attack on Lalela. According to some, she was loathed as soon as she was crowned since she is from Kwa-Zulu-Natal.

Overall, she deserves an apology from the government as well as any bullies on social media. Lalela's admirers are demanding that all bullies now focus on bringing the government accountable if it is truly about Palestinians and activism. 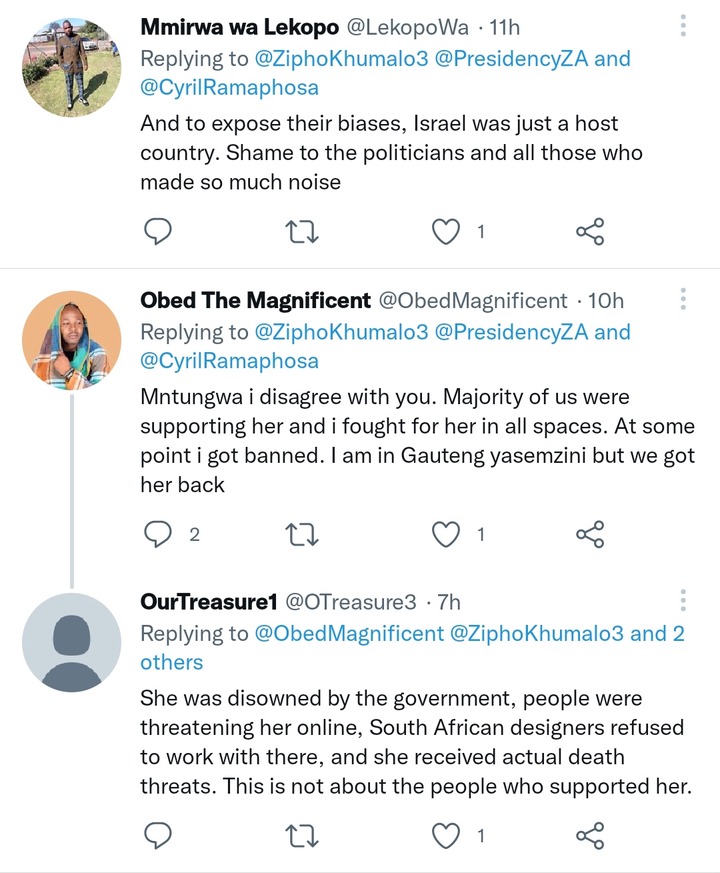 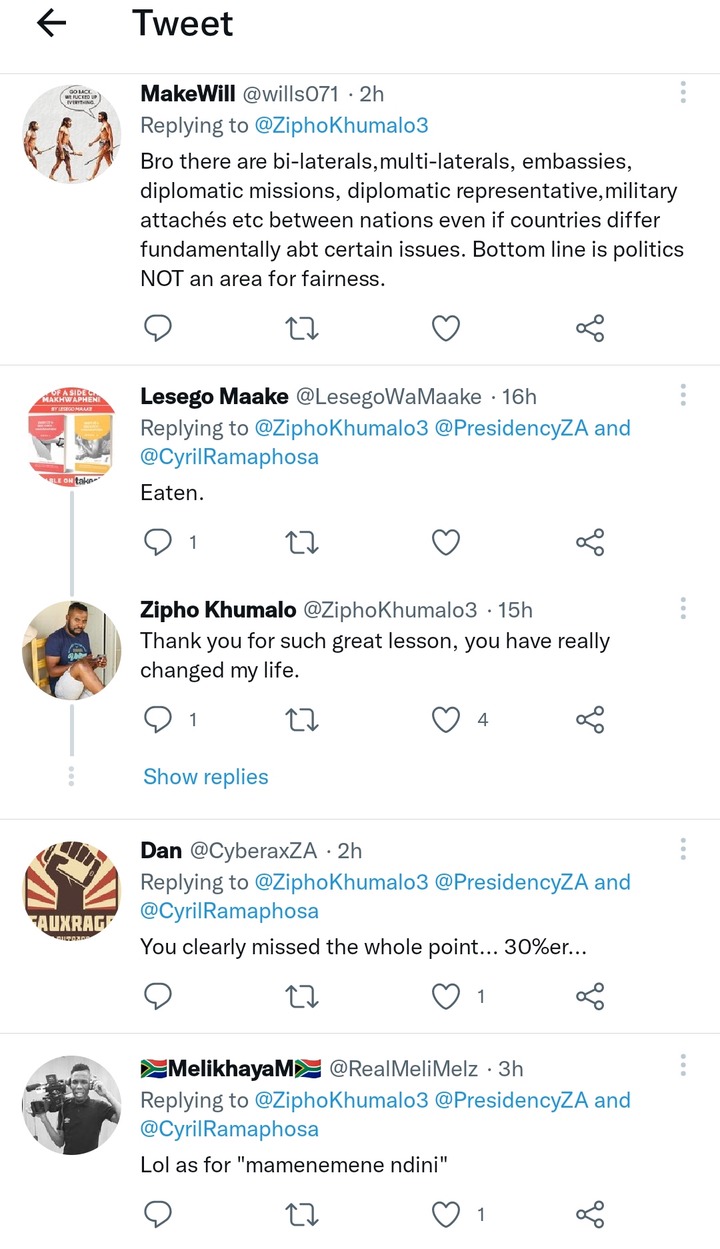 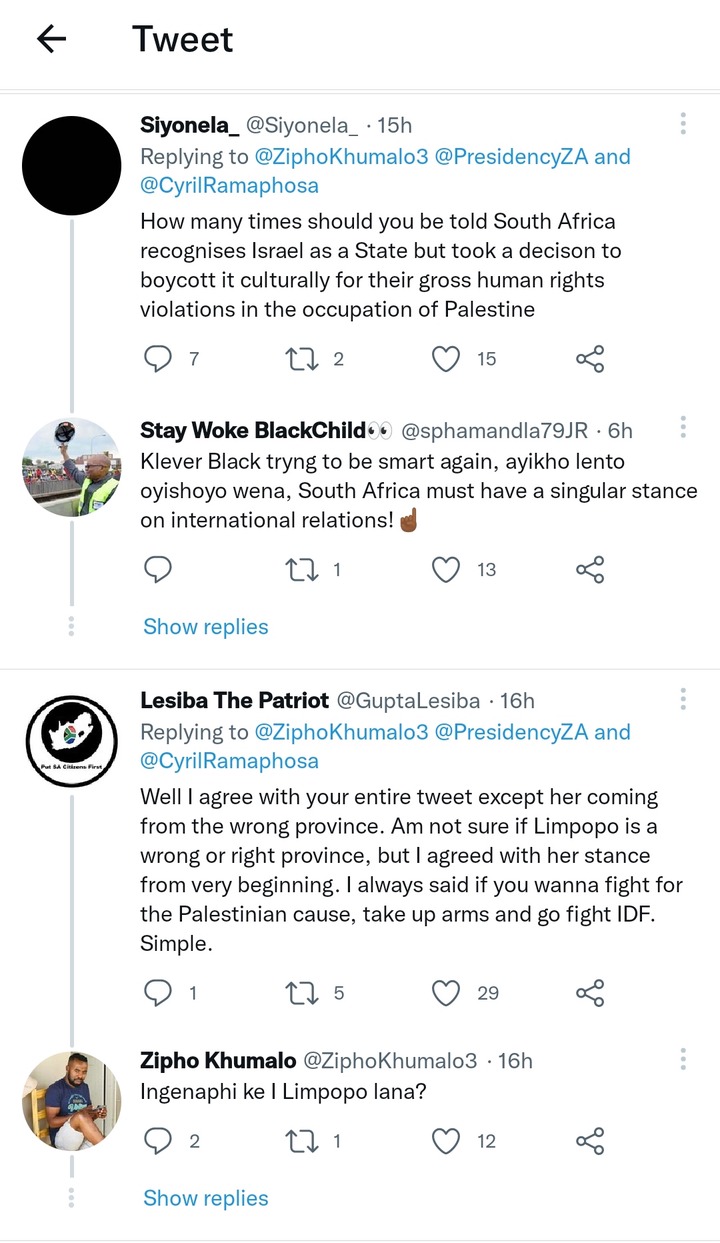 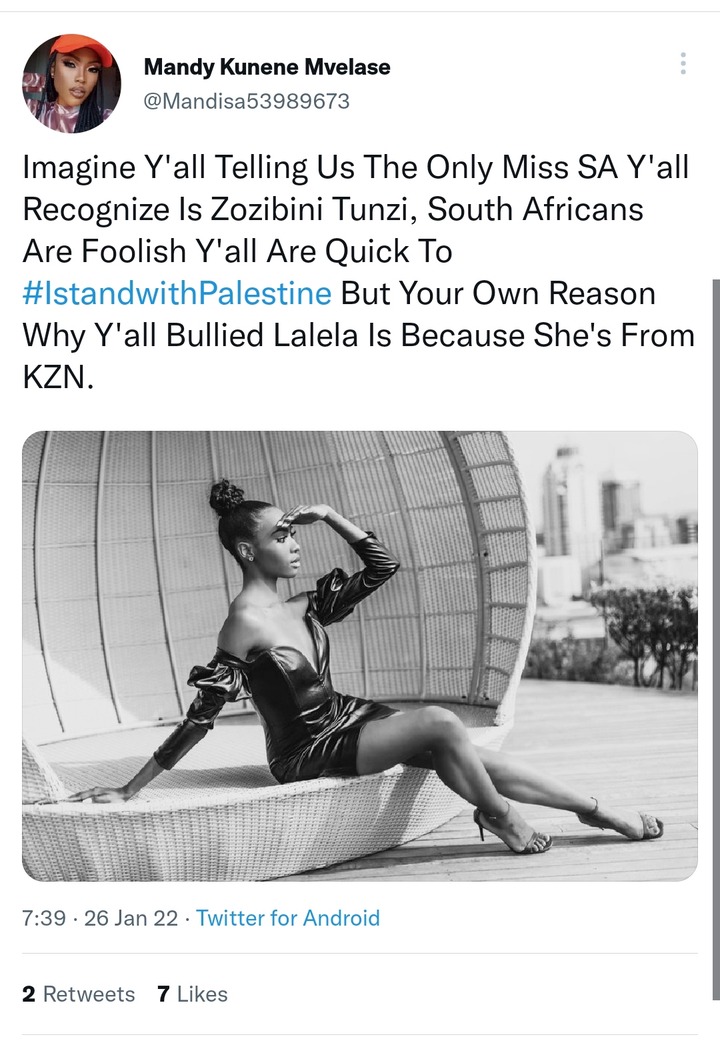 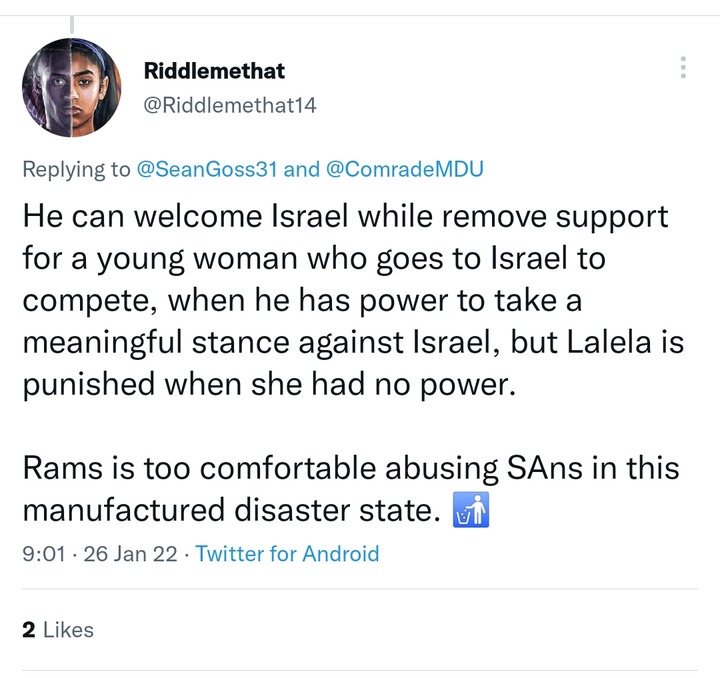 Others, however, have redoubled their resolve. Both Lalela and the government were wrong to engage with Israel, they believe, thus they have refused to apologize to her.

That said, we are very proud of her for finishing in third despite all the vitriol she received. We wish to emulate her elegance in our dealings with others.