People Didn't Know Who Is Who After Rasta Shared A Potrait OF Hugh, Jonas And Oliver.

Rasta The Artist specializes mostly in portraits of dead celebrities. Rasta The Artist whose real name is Le­bani Sirenje was born in 1977 in Bulawayo, Zimbabwe. He lived in Pumula East and attended Igwengwe primary school in 1990 and Magwegwe Secondary School before completing his secondary education in 1994. Rasta is now staying in South Africa full time. Rasta started painting at the age of 9 years. Many people say his portraits don't resemble the artists he paints. The only portrait that he once painted that people were happy with it was for Baba Mlangeni, Many were surprised and even said maybe he is no the one who did the portrait. 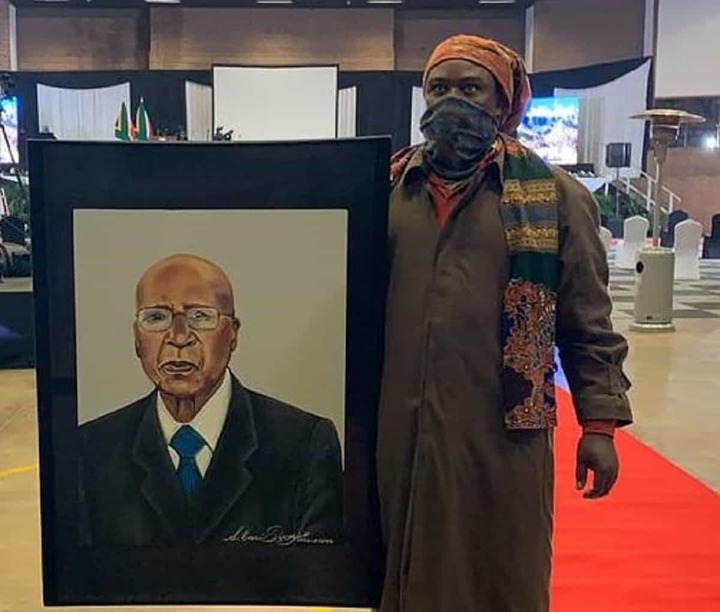 Rasta done it again with the portrait of Hugh Masekela, Jonas Gwangwa, and Oliver Mthukuzi, Rasta shared the portrait on Twitter as he was paying tribute to the jazz legends who passed away on the 23rd of January in different years. The portrait left many people confused as they didn't know who is who. Someone even asked what is Julius Malema doing in the picture as one person was looking like Julius Malema. Rasta doesn't even care even when people continue to criticize his work. 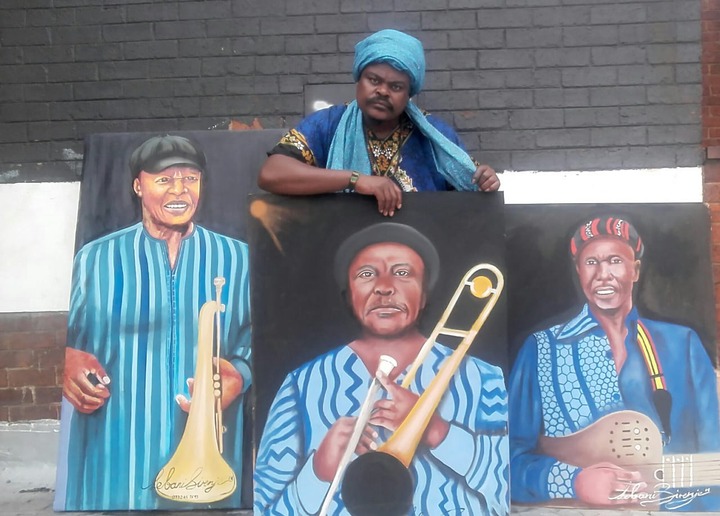 Hugh Ramapolo Masekela was a South African trumpeter, flugelhornist, cornetist, singer, and composer. He was born on the 4th of April 1939 in Witbank. He has been described as "the father of South African jazz". Masekela was known for his jazz compositions and for writing well-known anti-apartheid songs such as "Soweto Blues" and "Bring Him Back Home". Masekela passed away on the 23rd of January 2018 in Johannesburg.

Jonas Gwangwa is a South African jazz musician, songwriter, and producer. He was an important figure in South African jazz for over 40 years. He was born on the 19th of October 1937 in Soweto. He first gained prominence playing trombone with The Jazz Epistles. Jonas passed away on the 23rd of January 2020.

Oliver "Tuku" Mtukudzi was a Zimbabwean musician, businessman, philanthropist, human rights activist, and UNICEF Goodwill Ambassador for Southern Africa Region. Tuku was considered to have been Zimbabwe's most renowned and internationally recognized cultural icon of all time. He was born on 22 September 1952 and died on 23 January 2019. 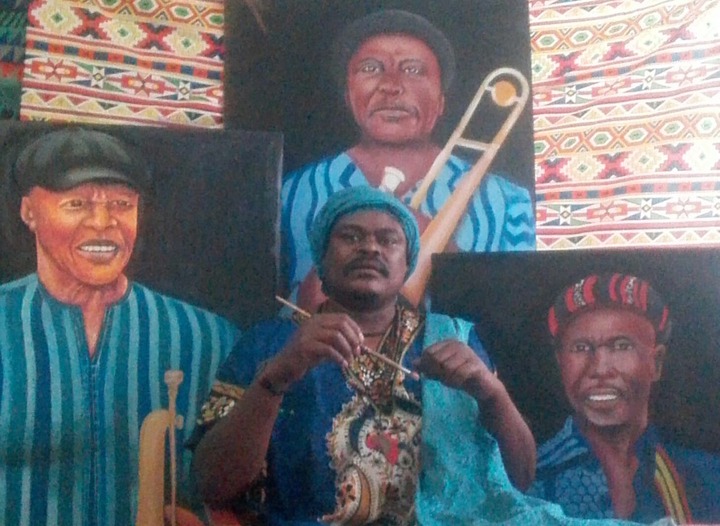 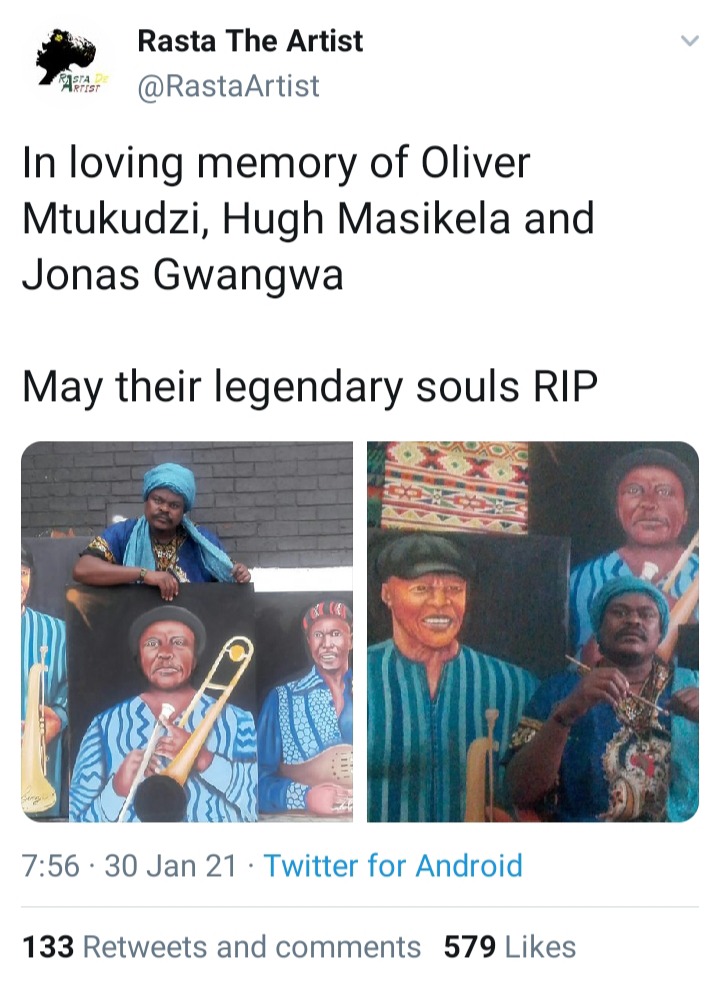 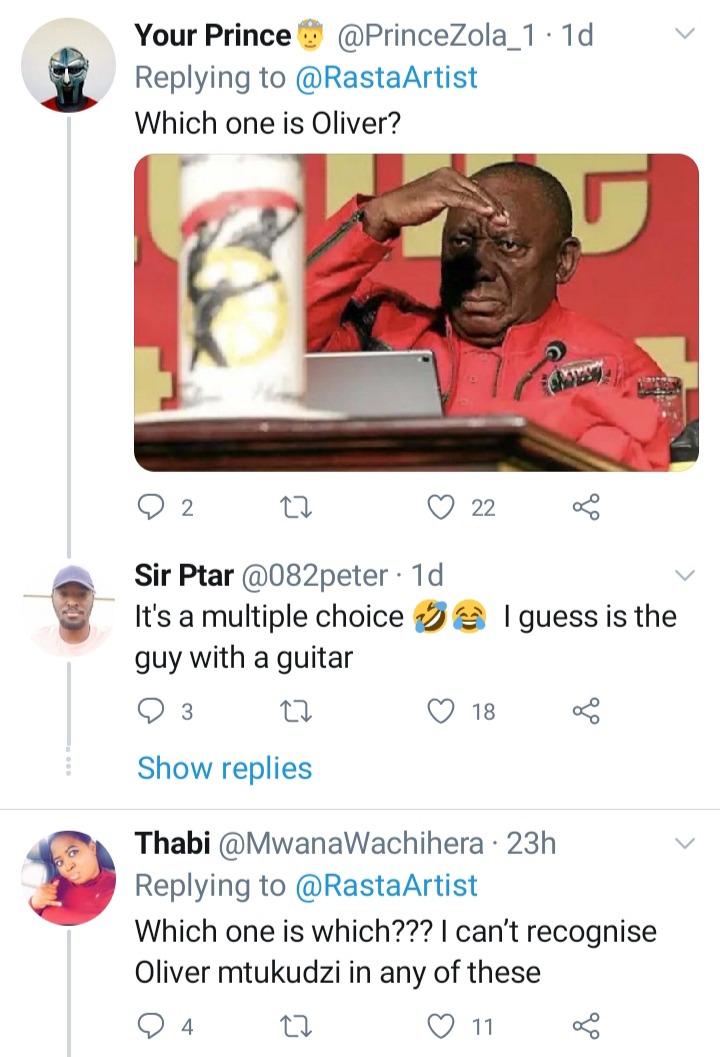 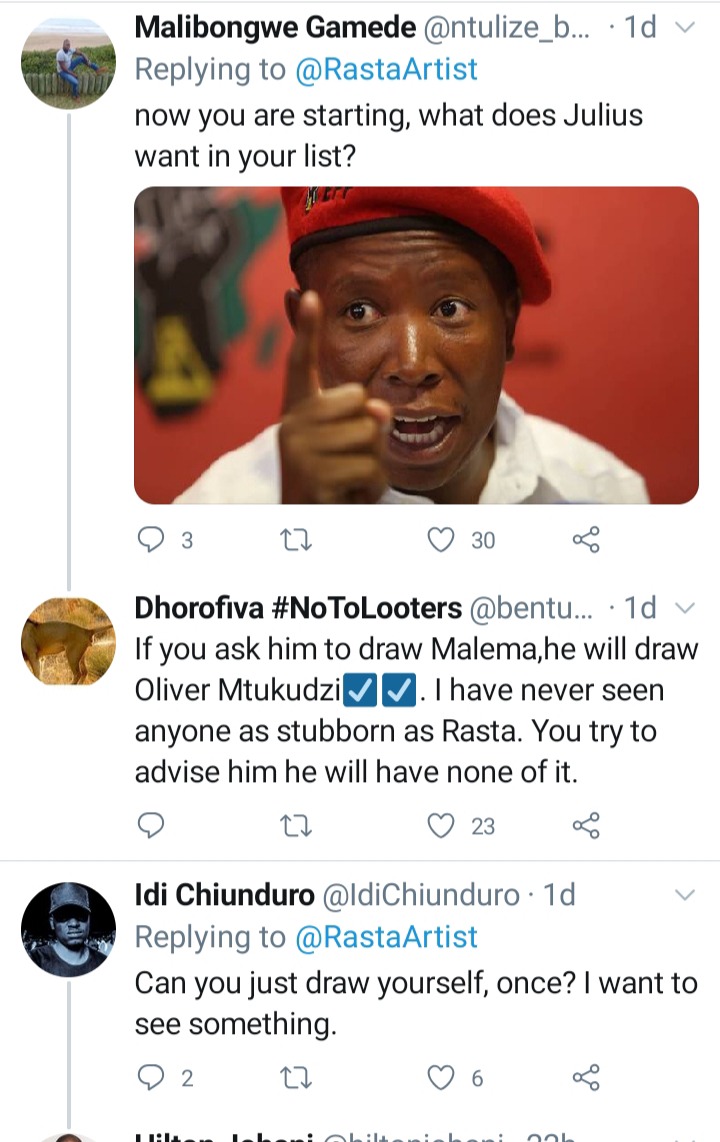