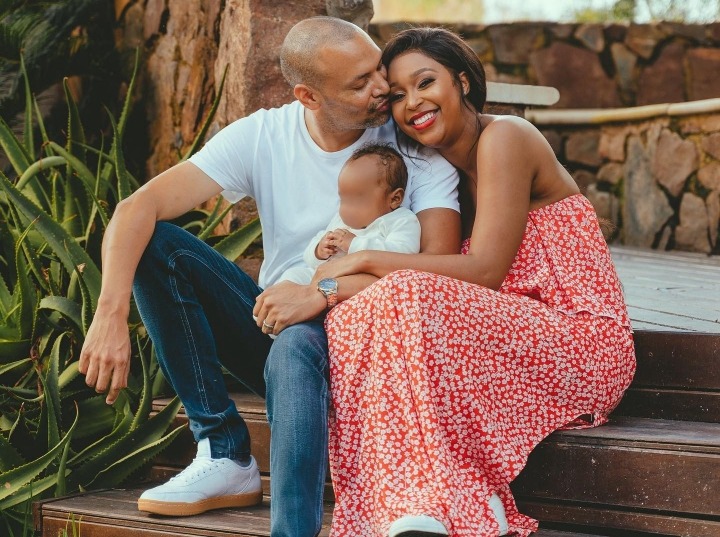 Minenhle Dlamini is a South African media personality, on-air personality, television host, actress and model. She is famously known as Minnie Dlamini, she was born and bred in Durban South Africa on July 07 1990. She was born to Queen and Jabulani Dlamini. She attended Northlands Girls High School and,

Went to the University of Cape Town and studied Film, Drama, media and economics. During her college life she went to audition for SABC1's Live Amp and was selected to co-host Friday Live music show for Live Amp in 2010, she also appeared on television for presenting Youth day shows. 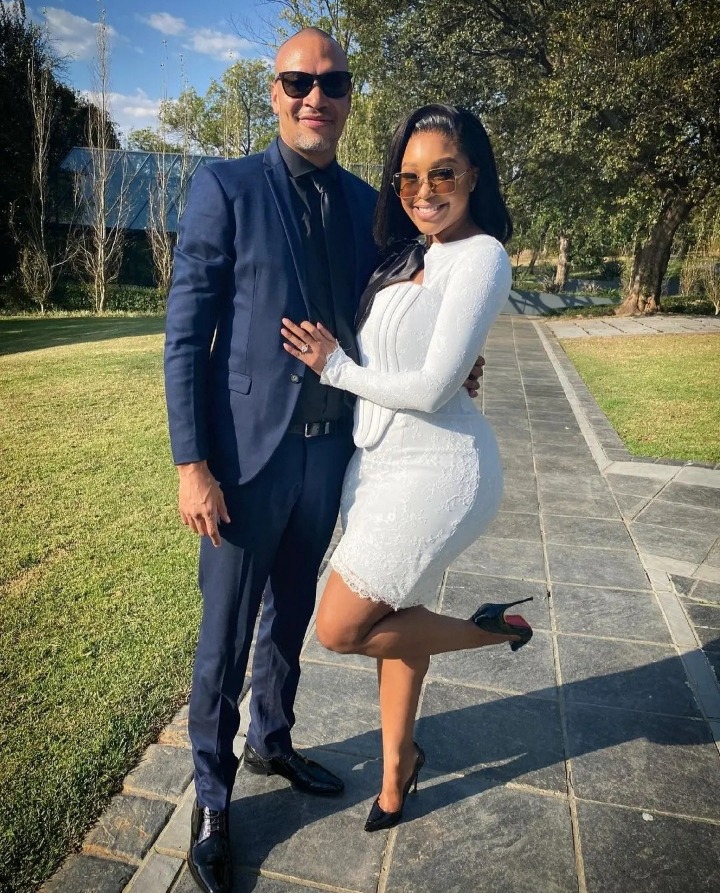 She was on the 2010 World Cup shows, then later joined a Lifestyle show called Mzansi Insider in 2012. She started her career in acting in 2013 and was casted on Rockville season 1 along with her look alike Boity Thulo, she hosted soccer zone from 2013 until 2016.

In 2017 she married Quinton Jones a multi business man and their traditional wedding was in Durban North and they exchanged their vows on September with exclusive rights sold to Multi-choice for R6 million through DSTV and was broadcasted on Vuzu channel in October. The three part reality show for her, 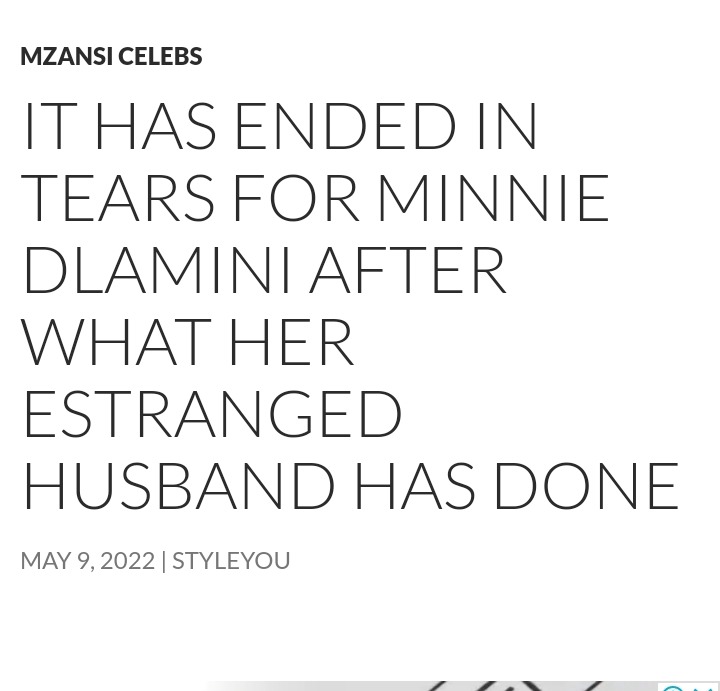 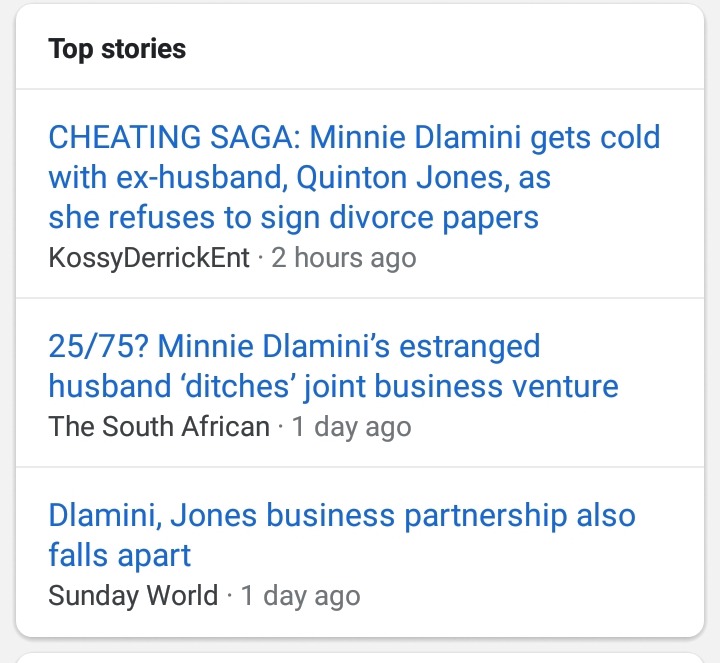 Late brother Makhosini Dlamini who died in 2019 after a brain tumer. On the 15th of February, Minnie announced that she and her husband are going separate ways and they have filed for divorce after months of separation. On a statement she released, she said they will still be friends,

And continue being business partners and friends. On a company they own together Beautiful Day production which Minnie holds 75% of it and Quinton holds 25%, Jonesis said to have resigned from the company. It is said that Quinton also told his lawyer that Dlamini can have their house in, 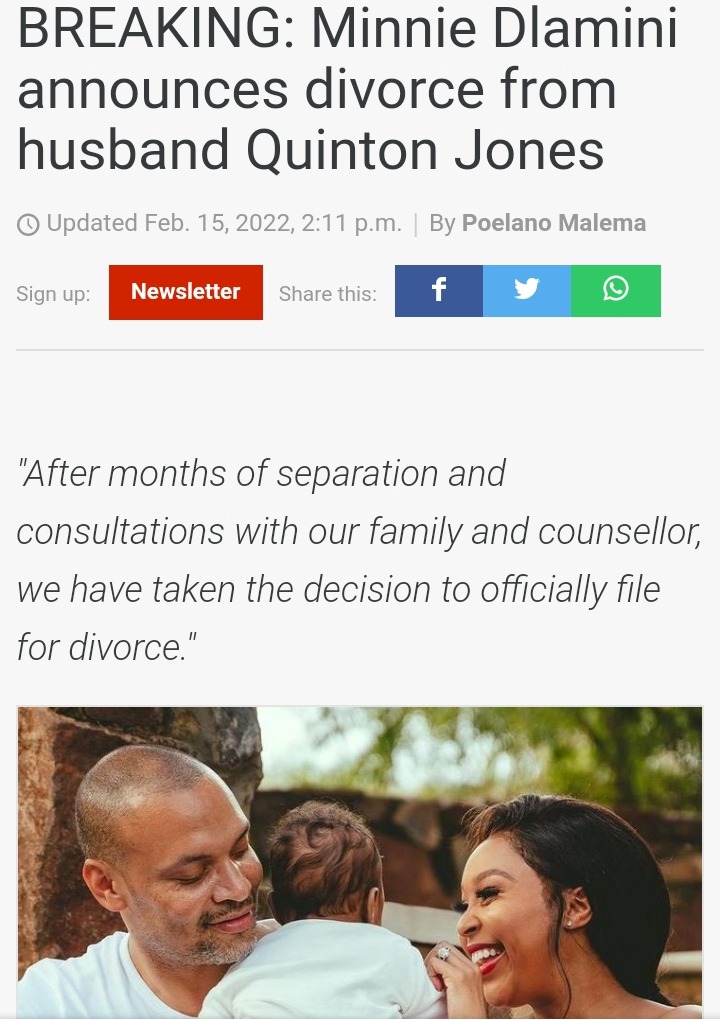 Midrand to raise their child in. It has also been alleged that Minnie Dlamini is the one that allegedly cheated shortly after her brother's death and she was alleged to have been cold towards her husband. She seemed to have loved herself as a divorcee because she was traveling and, 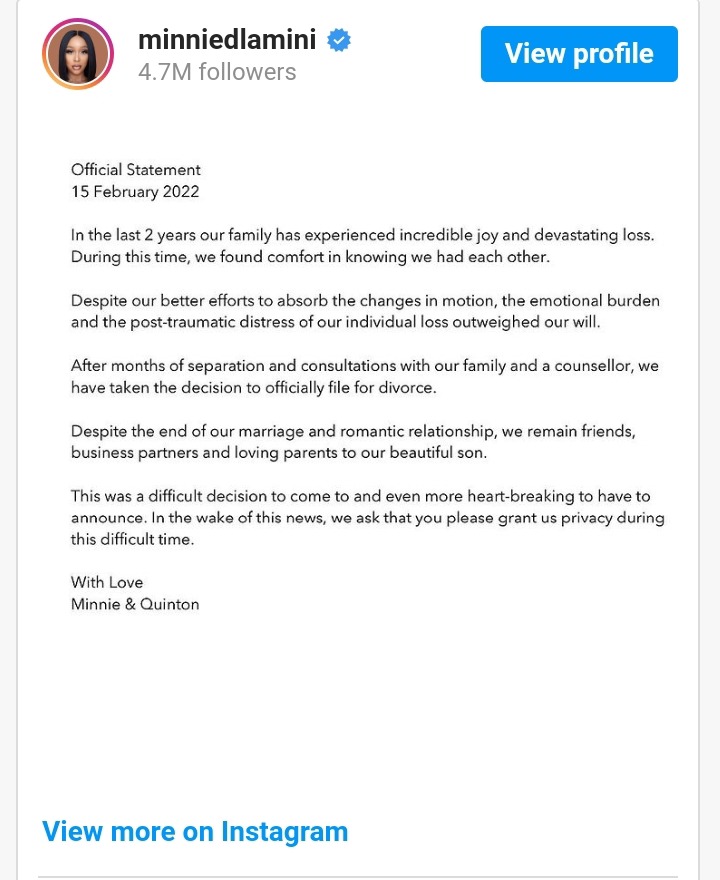 Attending party's and events. Quinton seems to have lost all the love for his estranged wife because he seems to not want anything to do with her recently but Minnie has Quinton tried to save their marriage through counseling after the cheating scandal but Quinton had already filed for divorce,

But Minnie is alleged to not want to sign the divorce papers. 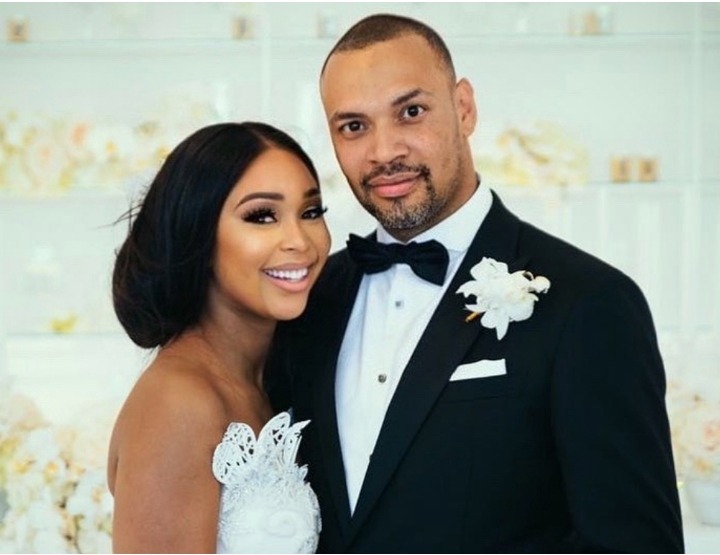 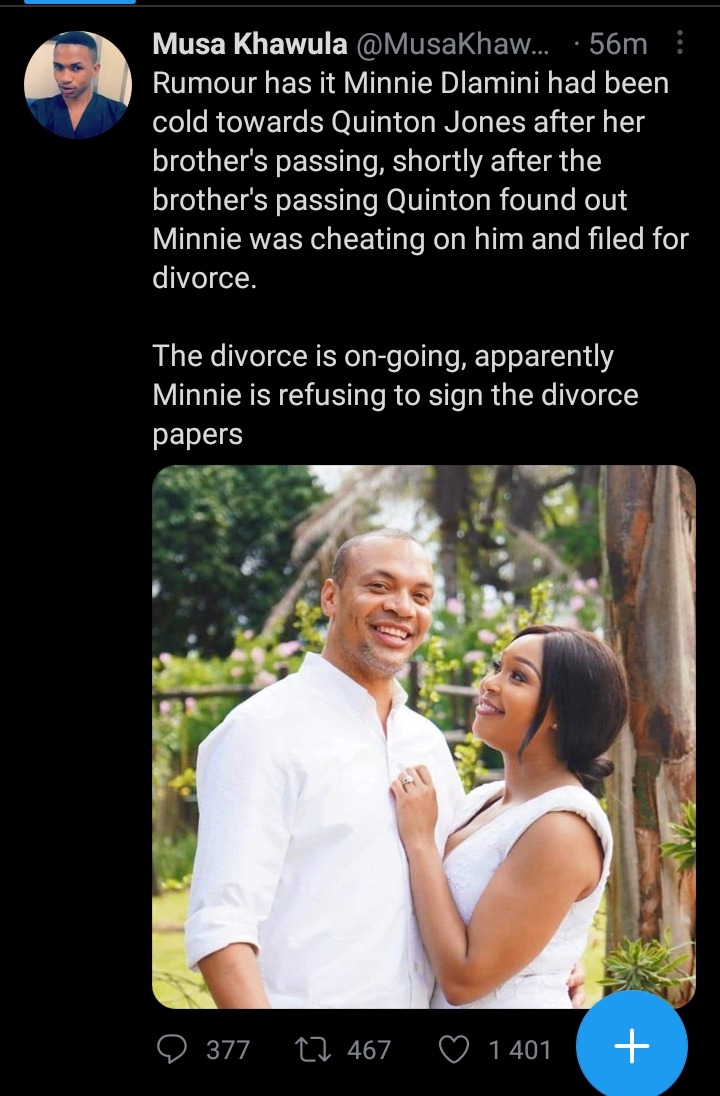 Scandal - Mbali's web of lies catch up with her

PICTURES: Inside Enyobeni Tavern, See What Was Found. DON’T Open If You Are SENSITIVE