Check out this beautiful picture of Sophie Ndaba, Thembi Seete and Katlego Danke together

By MrBestie (self media writer) | 29 days ago

Soweto, Gauteng, South Africa-born actress Thembi Seete is best known for her role as Gladys on the Mzansi Magic drama series Gomora. She became famous in the 1990s as a member of the Boom Shaka music group.

There is a special place in Thembi Seete's heart for her late father, who she recalls fondly and pays tribute to every day. She was raised by her aunt and uncle in Sebokeng, a town in the Vaal region of South Africa.

One of Boom Shaka's best-known members, Thembi Seete, is well recognized for her time in the kwaito supergroup. Her solo career took off after the band disbanded, and everything seemed to work out perfectly.

Her first notable part was in the controversial and hard-hitting SABC1 drama series Yizo Yizo, which she had a minor role in in 2000. Also, she sang the Yizo Yizo 2 soundtrack's most popular song, Sure Ntombazana, which helped launch her music career.

Her first solo album, "Lollipop," was a huge success in 2001 and was followed by Smatsatsa, which had hits like Shayi Zandla and Mphate Kahle, as well as kwaito sensation Skwatta Kamp.

Azuri is a beauty bar that she runs with Mbali Nkosi and Sharon Khuzwayo, as well as her own make-up line.

In addition to being an actor, Katlego Danke is also a radio DJ and TV host in South Africa. In ethnicity, she is Tswana. In South African soap operas such as Backstage, Generations, Gomora and Isidingo Danke has starred in numerous roles.

Sofie Mphasane, also known as Sophie Ndaba, is an actress from South Africa. On Generations, she portrayed Queen Moroka. As a guest judge at the Miss South Africa 2016 pageant in 2016, she was a huge success.

Check out this beautiful picture of Sophie Ndaba, Thembi Seete and Katlego Danke together. 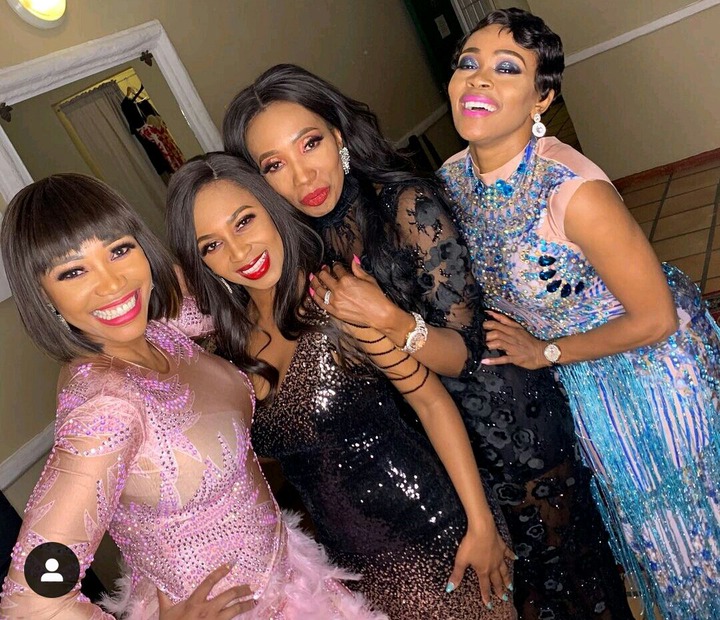