TOO LATE| DJ Tira Deletes A Tweet, But It Was Too Late As Mzansi Screenshots It And Drags Him

By Sasanice (self media writer) | 9 months ago

Popular record producer and recording artist Mthokozisi "DJ Tira" Khathi has been dragged by Tweeps after he posted a tweet that received a lot of criticism. As South Africa is still in the third wave of the Covid-19 pandemic, there are many restrictions and regulations that citizens are expected to adhere to, and gatherings have been known to be super spreader events. 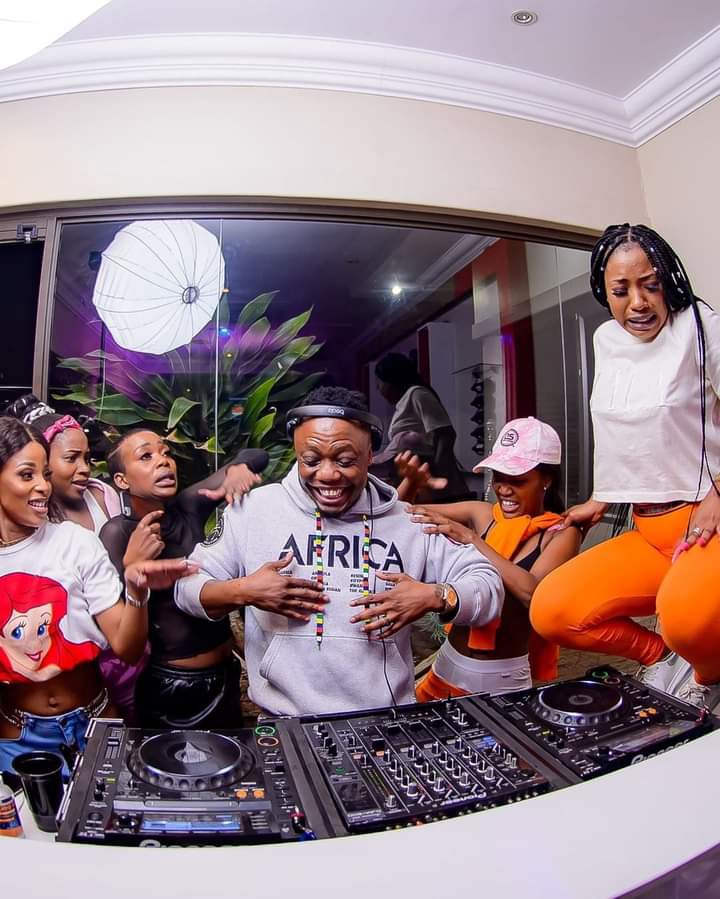 However, now that there is a vaccination rollout and the 18-35 years group phase is starting on the 1st of September, many artists are preparing for their gig and looking forward to being featured on the "Fact Durban Rocks" Annual event. In 2020, the event was canceled due to the pandemic and it affected the bank balance of many artists, but this year they are ready to make money again from the biggest event in Durban. 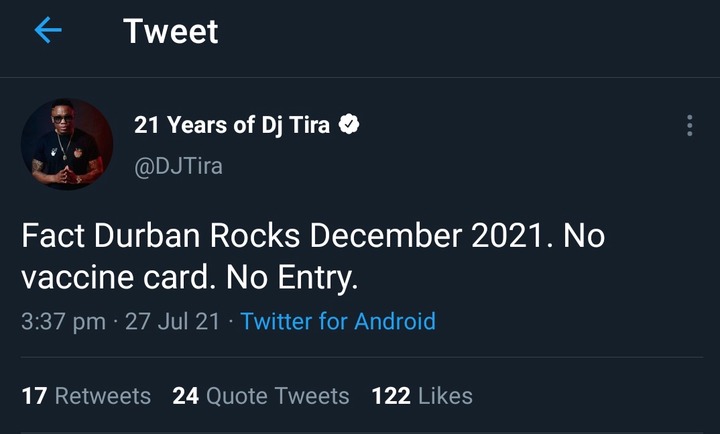 DJ Tira took to Twitter to announce that the event will be held in December 2021 but has annoyed Tweeps after he warned them that if they do not have a Covid-19 vaccine card, they will not be allowed to enter the venue. 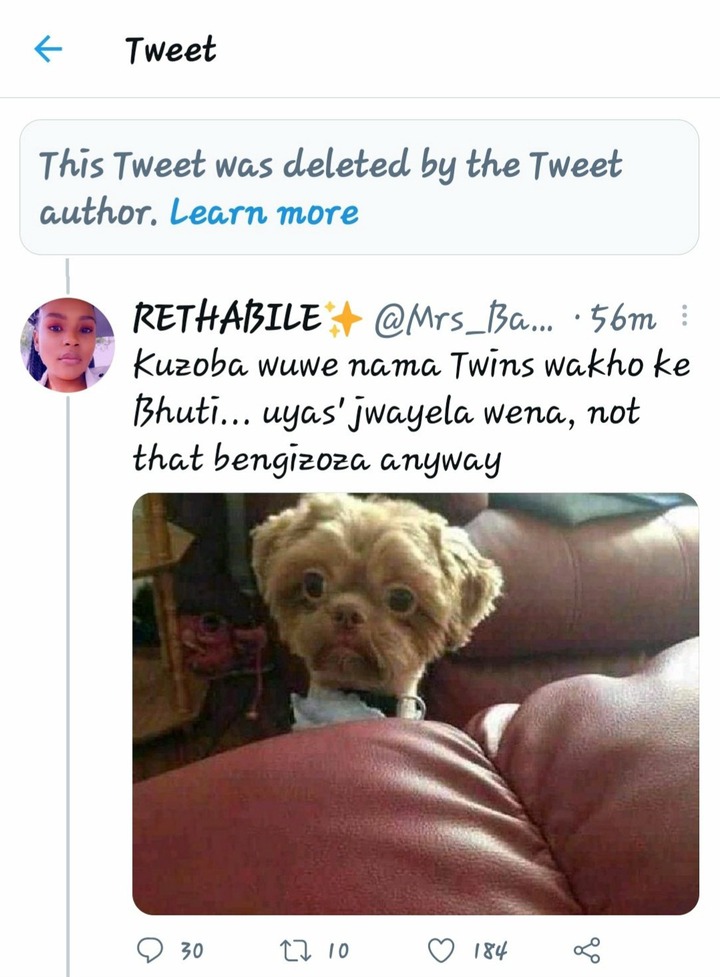 Many people are fuming and dragging the DJ, and they say that he will attend the event with his twins, referring to the Qwabe twins whom he decided to take under his wing after they were unsuccessful on Idols. 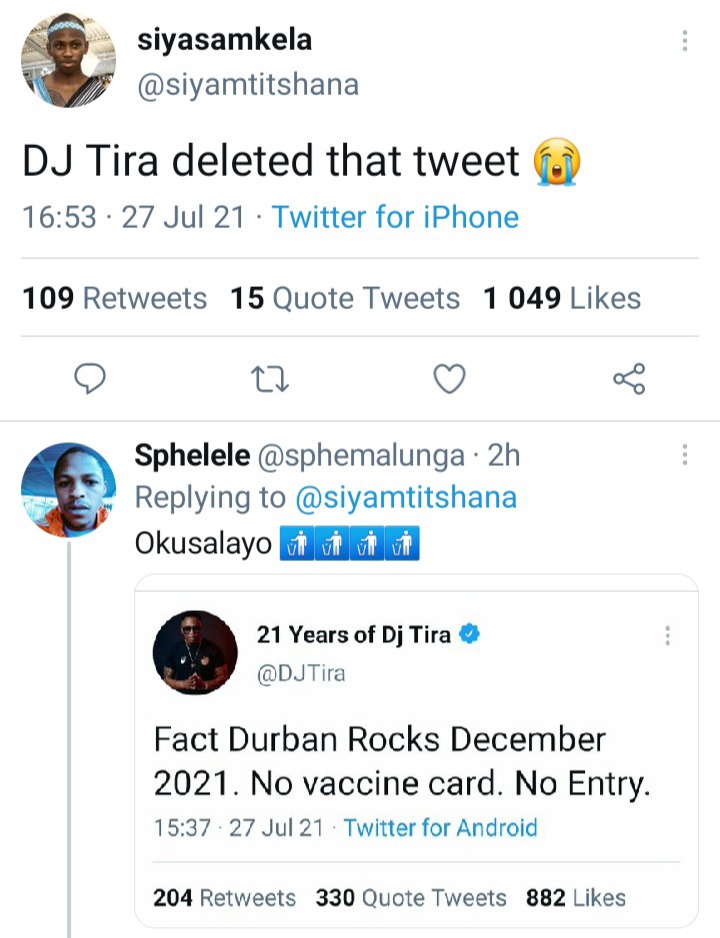 After receiving a backlash from Tweeps, Tira decided to delete the tweet as he realized that it was not such a good idea. Sadly for him, Tweeps already took a screenshot and exposed him by making his tweet viral.

According to the public's opinion, Tira is insensitive because many people who have comorbidities are scared to get vaccinated but he is already discriminating against them. Some are accusing him of trying to impress politicians so he could be awarded tenders for his gigs. 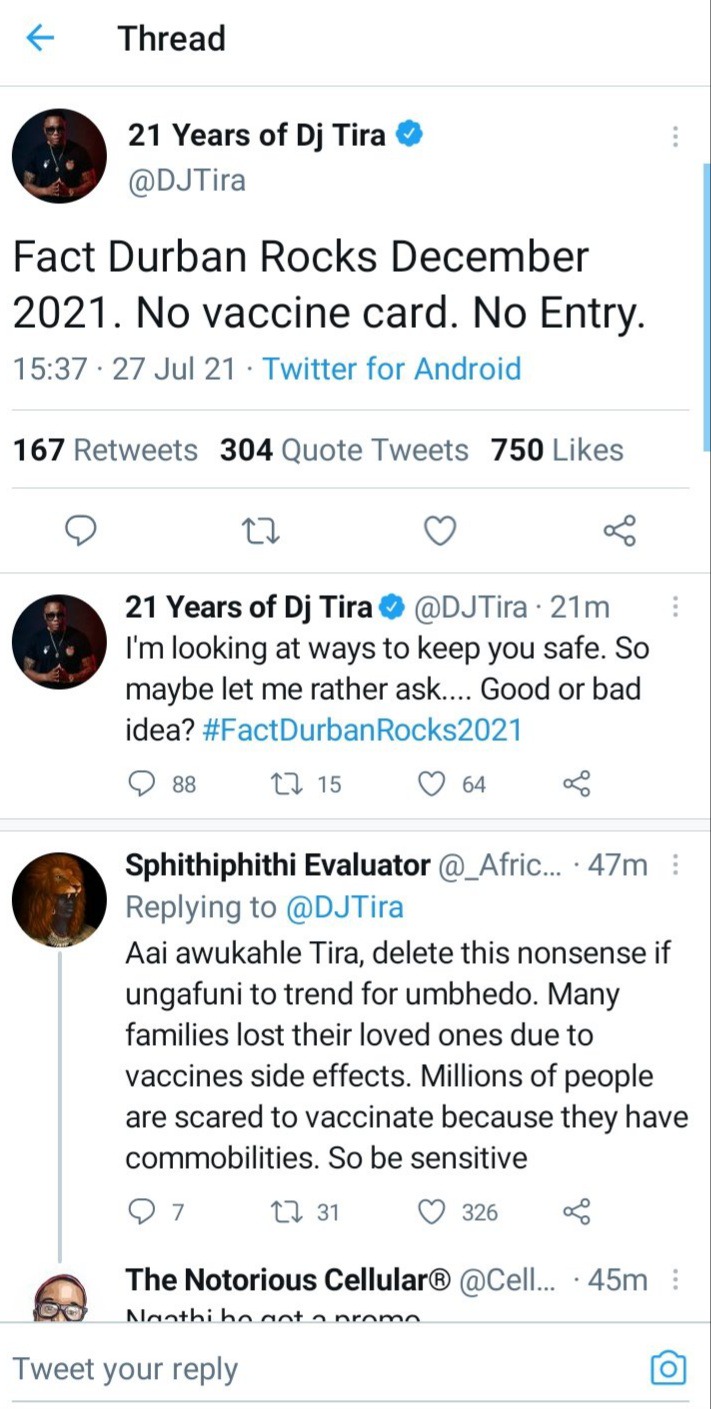 Vaccination is slowly becoming the mark of the beast. In my opinion, although people are not forced to vaccinate, those who did not people vaccinate will be discriminated against. They might not even be allowed to do their shopping if they aren't vaccinated.

The harsh reality is that vaccination could become mandatory. 'No vaccination- No Job, No traveling, No restaurant reservations, and eventually, no admission to public spaces where the right to admission is reserved.'

The smell is unbearable: Mpumalanga hospital outpatients have to queue next to mortuary.

Top 5 Most Dangerous Attacks In The Amazon Jungle

It's Confirmed Chiefs Is Going To Release Another Underperforming Player

Condolences Pour In For Nomcebo Zikode

Celebrities who passed in March 2022