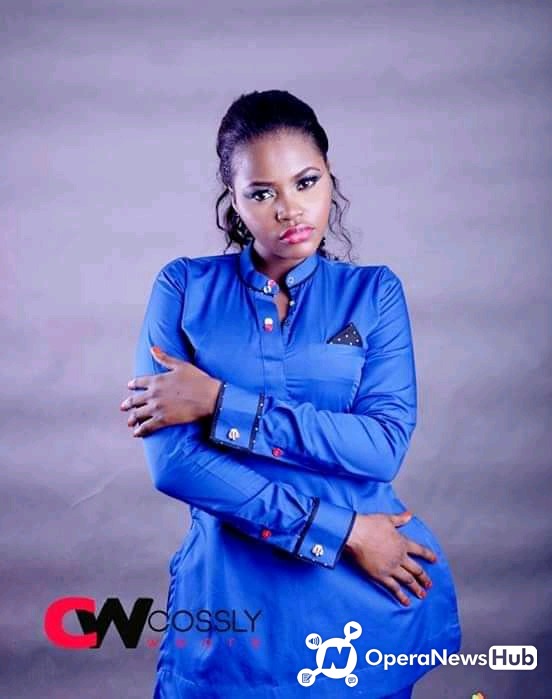 Mama and Papa were fighting again that morning.

She was screaming like a mad woman as Papa pounced on her.

All I could do,me..Nnena a 14 year old girl was to stand away,hearing the loud thud of mama on the floor.

As usual, neighbors gathered to separate while some laughed and turned them into a free cinema.

Our small town already knows us as a popular free television show.

I was tired of crying.

I always cried when they fight but that particular day,the tears just couldn't come.

Nobody had my time.

I even stopped going to school a long time ago when Papa lost his position in his military work.

Since then,he has been a frustrated man who always got himself drunk.

Mama was a lazy woman who wouldn't go out and work like her fellow woman.

With this,Papa always had a batch with her.

You expect me to go out and work?

You expect me to go out and work to feed you?

It will never work for you!

It shall never be well with you!

Idiot...stupid man...who is even calling you a man?

When men are talking, animals like you are not supposed to talk!

Yes!You are a stupid animal who is supposed to live in a thick bush!',mama shouted at Papa that morning.

Papa escaped from the grasp of the neighbors and pounced on her again.

I couldn't bear to watch the insult and embarrassment.

I quietly left the noisy atmosphere and bolted through the back door of our small compound.

It was still early in the morning and I haven't had my bath nor lunch.

It was chilly outside my house as I walked to no where in particular.

My town was not really a village but it was somehow small.

I've started noticing some few changes about myself as I grew up.

As someone who wasn't taught about growing stuffs,I found it strange when I saw two small balls growing out of my chest and becoming visible in a my clothes.

I also noticed boys were now staring at me more often but what do I know?

I thought they were only looking at me and making jeat of me because of my parents.

I had no friend.

The only friend I had was Dede,from childhood but we have long been separated when I was only 6 years old.

He was a boy and my only friend in my town.

And since he left, getting another friend even when I was schooling has proved abortive and impossible.

I returned home in the afternoon,feeling hungry like something else.

Mama was nowhere to be found even Papa.

Everywhere has returned to normal and luckily for me,I saw yam in the kitchen which I ate in a quick succession.

I soon carried water to the bathroom to take my bath.

As I removed my clothings and underwear i saw blood in my panties.

What was happening to me?

I never knew it was my period because nobody taught me.

I couldn't take my bath again as I ran out of the bathroom and ran into the sitting room.

I sat down on a stool, unable to stand up because I was so afraid.

I sat down till I dozed off...

I woke up to strong hands touching me recklessly and so hard on my new growing breasts.

I jerked up from sleep and looked around.

It was dark in the room and Papa was standing in front of me, staggering so badly that he wanted to fall.

I was alarmed that he has been the one touching my bréats.

I found it so embarrassing.

His hands found my chest again.

What was he trying to do?

I had no idea but I knew it was something bad.

I felt his man hoód on my skirt as he put his hand down my laps.

I tried to scream but could not when I found put my mouth has been covered.

Mama was still no where around.

With all the power an 11 year old could muster,I kicked Papa's knee with all my might.

He shouted painfully and let go.

He screamed after me.

I couldn't stop running away my heart felt as if it would fall.

'Nnena...come back here!!!',he screamed again as I ran out of the house never returning and never looking back...

Does Boity shop at small street? This is why.

Top 10 Hollywood Mistakes That Were Shot

Fiction: The sound of love (episode 12)