By La Shame Ndlovu (self media writer) | 3 months ago 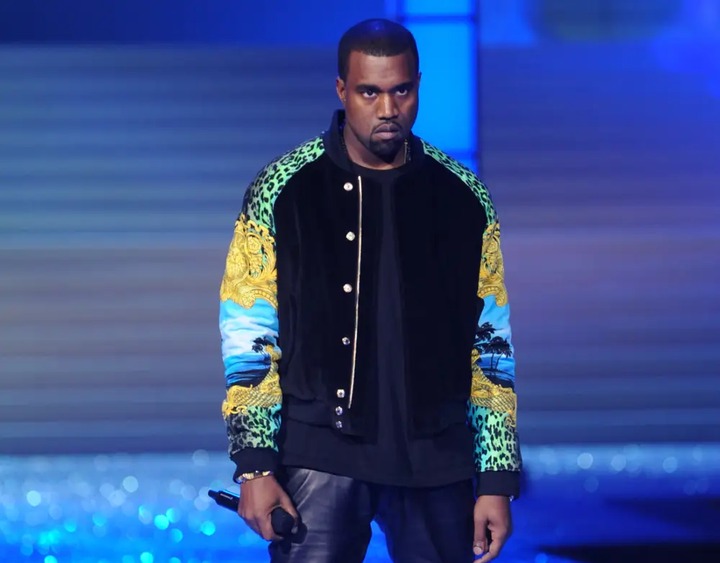 The recent instagram verbal tussle between Kanye West and Trevor Noah has become a sip on a tea cup conversation for many people across the globe as both personalities are extremely popular hence Kanye was recently blocked by Meta for 24 hours over a xenophobic slur he used against the Daily Show Host - Trevor Noah.

It had not sat down well with Kanye West who is known for a no - holds - barred approach when Trevor Noah was increasingly airing segments directed to the Kanye - Kim split on his Daily Show. While West’s efforts to win Kardashian back may have started out as "romantic", they have become more “belligerent”.

The Internet has been abuzz with drama since Donda 2  rapper Ye’s harassment of his ex-wife, Kim Kardashian of Keeping Up With The Kardashians fame, has become increasingly disturbing.  In a claymation music video for his new single “Eazy” with The Game, there are lyrics directed at Kim’s new boyfriend, Pete Davidson, and an act of violence is committed on screen against the claymation version of Davidson.

This prompted Trevor to constantly feature news updating people on development about the Kanye - Kim split. In a 10-minute long segment on The Daily Show, Noah traced the origins of the controversy from Ye sending a car full of flowers for Kim to his music video directed against Davidson. He also brought up how abuse was tolerated in his house growing up and warned of how it escalated to his mom being shot in the head by his stepfather.

In response Ye posted a screenshot of Noah on his Instagram with a caption that rephrased the lyrics to “Kumbaya” with a slur and a potentially derogatory reference to Noah’s South African heritage possibly telling him :"Go back to where you came from in Africa". A statement that would fall under a xenophobic undertones. 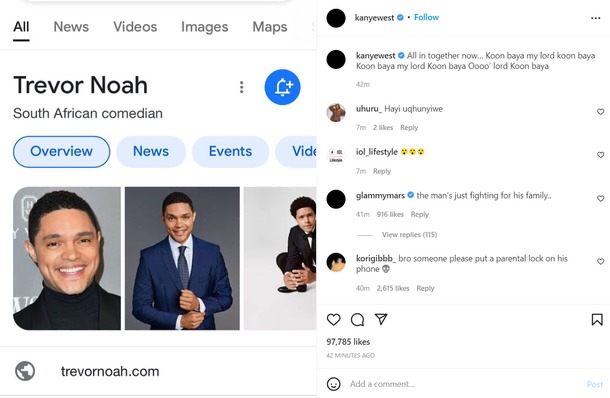 The internet had since gone crazy on Instagram with fans of Kanye and Trevor engaging each other on a controversial post that was made by Kanye. Dozens of South African comments were also displayed with people coming onto the defense of their countryman. 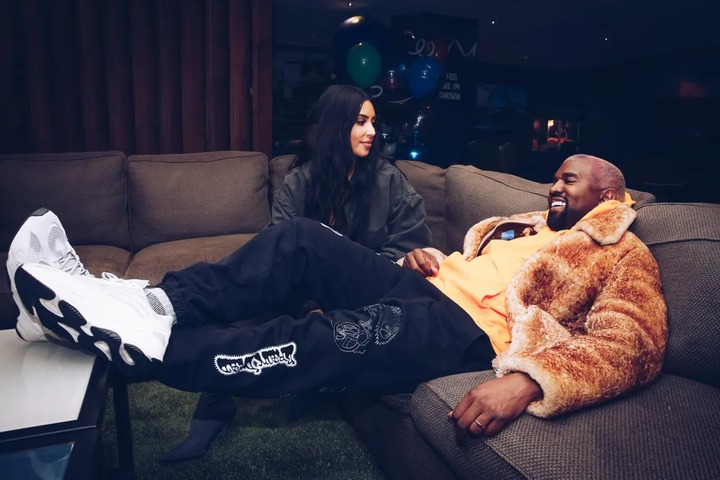 Insert - (Kanye and Kim during happier times in marriage)

At the beginning of 2022 Kanye also revealed in a TV interview that he bought a house a few yards away from where Kim lives. “My solace comes from seeing my kids and getting a solid schedule. That’s why I even got the house,” Ye told Hollywood Unlocked. “It was flipped into there was something wrong with me getting a house next to my kids.”

In response to xenophobic slur labeled against him by Kanye via an instagram post Trevor commented saying: " There are few artists who had had more of of an impact on me than you Ye. You took samples and turned them into symphonies. You took your pain and through wire turned into performance perfection. I thought differently about how I spend my money because of you, I learned to protect my child-like creativity from grown thoughts because of you, shit I still smile every time I put on my seatbelt because of you. You're an indelible part of my life Ye. Which is why it breaks my heart to see you like this. I don't care if you support Trump and I don't care if you roast Pete. I do however care when I see you on a path that's dangerously close to peril and pain. Oh and as for Koon...clearly some people graduate but we still stupid. Don't ever forget, the biggest trick racists ever played on black people was teaching us to strip each other of our blackness whenever we disagree. Tricking us into dividing ourselves up into splinters so that we would never unite into a powerful rod. 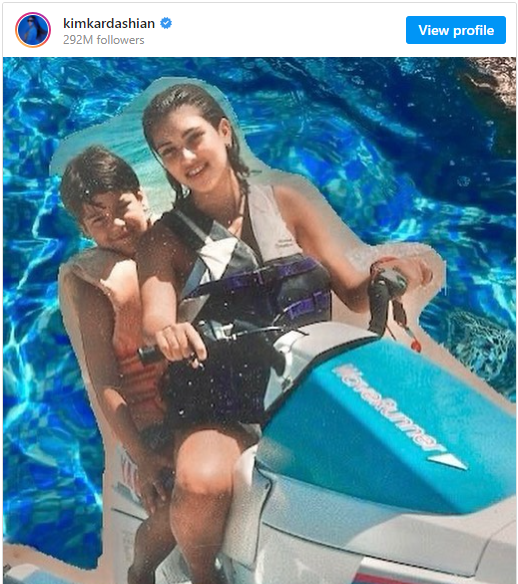 Kim Kardashian has also shared her first post on Instagram after her former husband Kanye West was blocked from posting on the photo-video sharing platform for 24 hours.

The Keeping Up With The Kardashians star took to the Facebook-owned app - instagram to wish her brother Rob Kardashian on his birthday saying: “I love you so much Robbie! Happy Birthday @robkardashianofficial Words can’t even describe how special you are! Not only are u the funniest human being but just the best human being!"

A bit disappointing considering people were expecting a heated up response in reference to the recent Instagram ban to Kanye over an altercation with Trevor. It seems she is being civil and wants to keep family feud matters in private as opposed to Kanye who is going guns blazing at every turn he gets to make it known he wants to be with her again as the mother of their children.

The situation is complicated as it involves children whom both need support and love from both their parents as they are still very young.