Critics couldn't help but laugh at Murdabongz's shoes in an appreciation post made by DJ Zinhle. 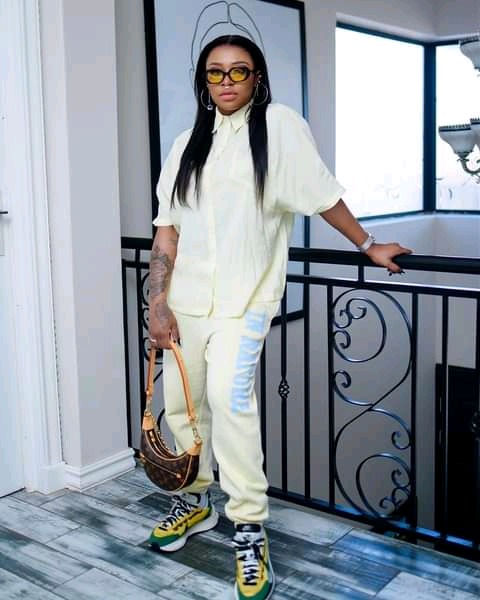 DJ Zinhle and her partner Murdabongz are setting the bar high for couple ambitions. The couple has been together for a number of years and is still going strong. 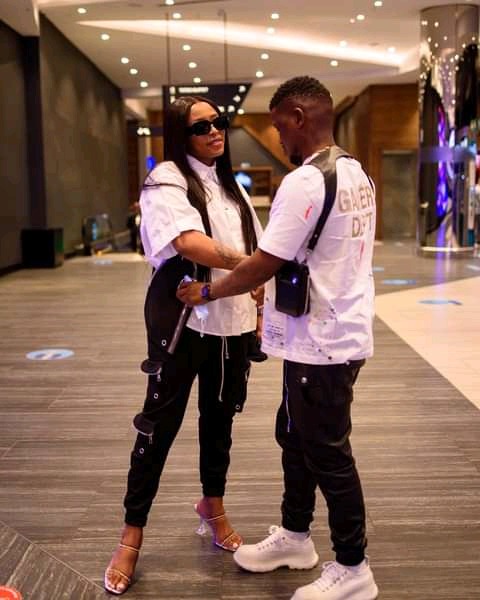 Their bond seemed to be becoming stronger and healthier by the day. She met Murdabongz following a devastating breakup with her ex-boyfriend/baby daddy, South African musician AKA, who is also known as AKA.

Her relationship with Kiernan Forbes worsened when he began cheating on her with Bonang, resulting in their split.People were furious with Kiernan for abandoning DJ Zinhle, and they felt bad for her. 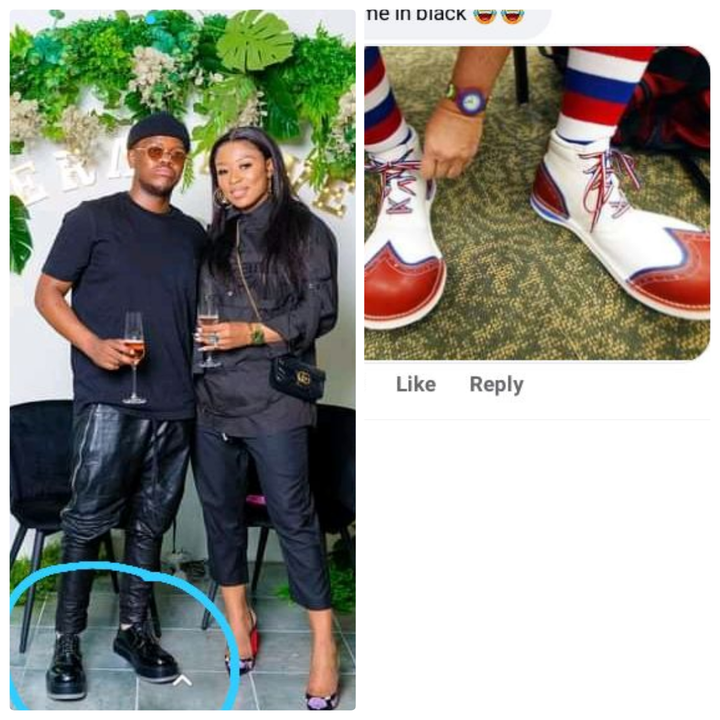 However, it was then revealed that the top female DJ is dating someone. People couldn't stop speculating about their relationship, despite their best efforts to keep it hidden for a long time. 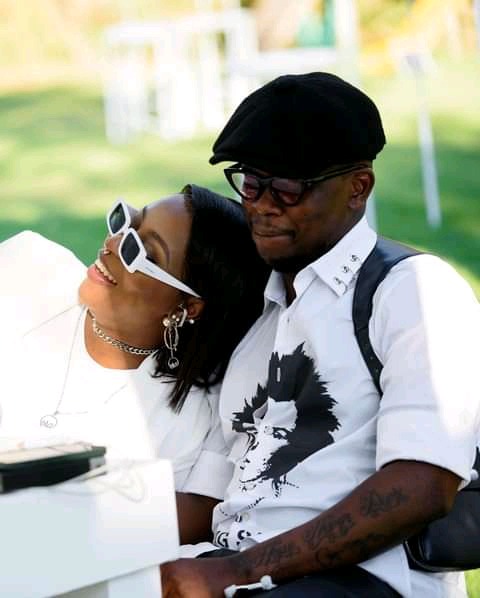 Now that it is official that they are dating, they are not hiding anything from their fans as they share almost everything with us as followers

DJ Zinhle posted a picture of herself and her boyfriend thanking him for everything he has done for him today in an appreciation post.They were both dressed in all black and looked as good as ever. 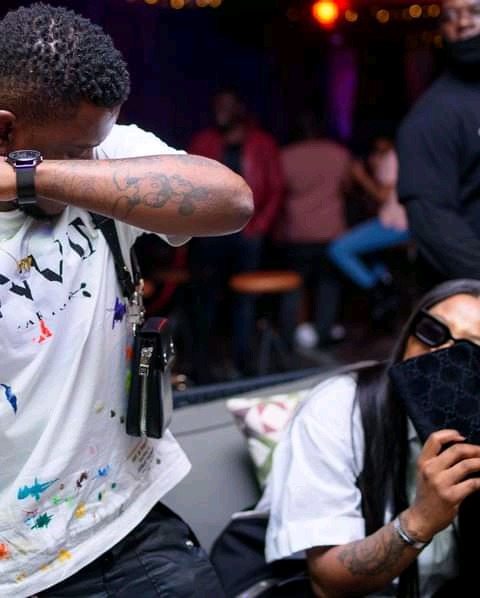 People couldn't stop admiring them and telling them how beautiful they looked together in her photo, but there were those who chose to ruin everything by laughing at Murdabongz shoes.

We all know that when celebrities start posting images of themselves on social media, they either get complimented or criticized.And it was the same with Murdabongz, who had people laughing at his shoes because they were unusual.

Although some were afraid to speak out about how they felt about Zinhle's baby's father's shoes, there were those who could not even contain themselves and made fun of Murdabongz's shoes. 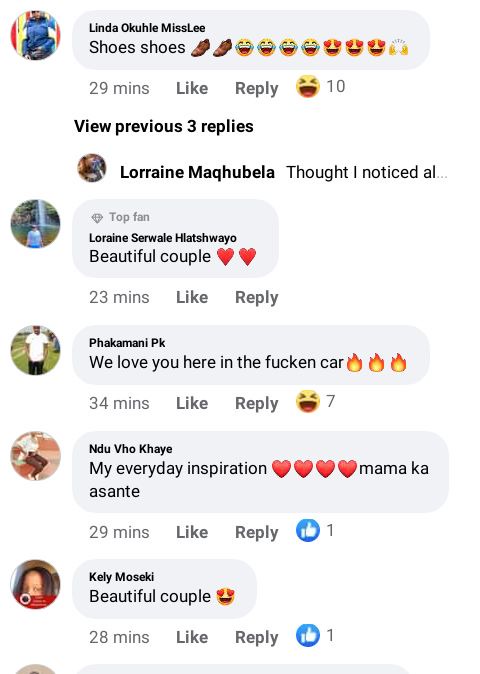 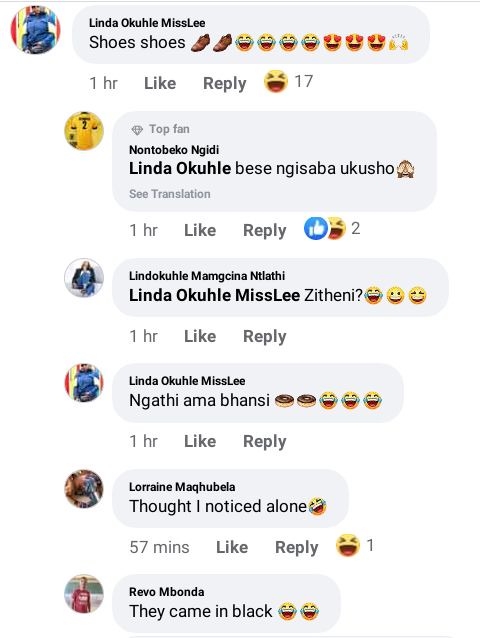 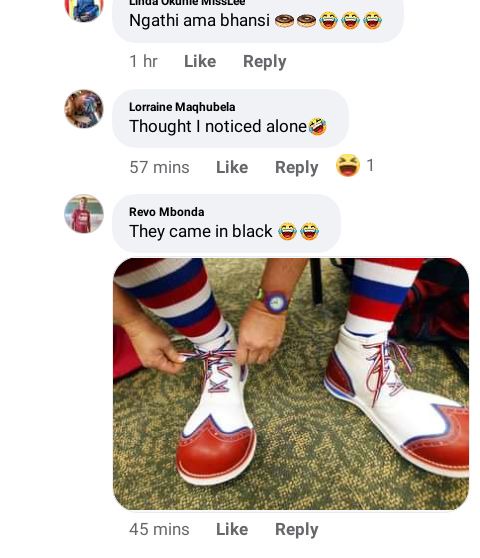 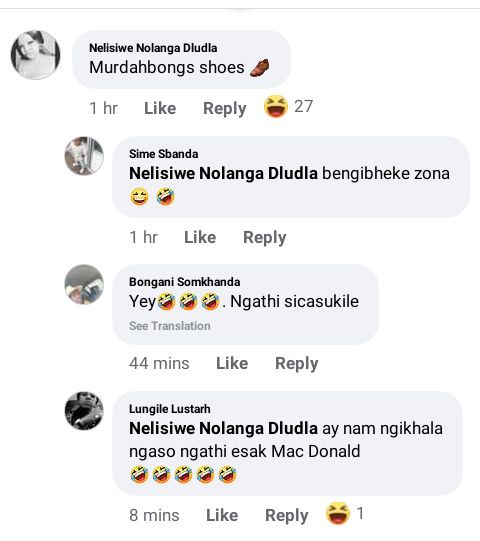