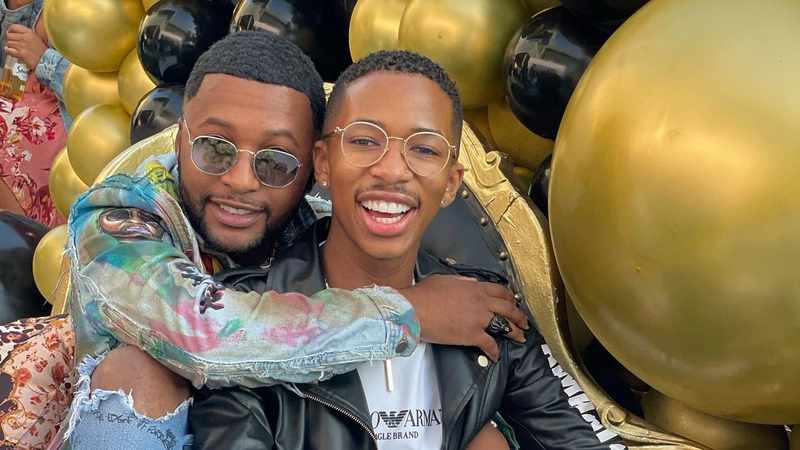 Media personality Lasizwe Dambuza had to answer a lot of questions this past weekend.

The YouTube star trended for a number of reasons, first when an EFF election poster of him was found in Johannesburg and then when he posted pictures of himself and musician Vusi Nova.

In the election poster, a picture of Lasizwe is seen, as is the case with other posters, accompanied by the words “President of LGBTQI+. Vote Lasizwe”.

The Economic Freedom Fighters symbol is also seen on the poster which is also red.

While many people asked what “President of LGBTQI+” was, Lasizwe, who openly supports the EFF, joked about the poster but eventually said that it was fake.

“Jokes aside, someone created that EFF poster video. It’s creative but It’s not REAL,” he said in a tweet.

Lasizwe also addressed the nature of his relationship with Vusi. Social media users were in a huff after the “Lasizwe: Fake It Till You Make It” star posted pictures of Vusi holding him while he smiles.

With fans of the two stars asking what was the nature of their relationship and whether or not they were a couple, Lasizwe said that they were ‘Bible study’ friends.

“He is my bible study friend,” tweeted Lasizwe.

Not happy with his answer, tweeps continued to express what they thought was going on between the two which saw Lasizwe asking a question. “Can I ask a question, so I can’t have a bible study friend?” he tweeted.

Last month Vusi sparked romance rumours between himself and Lasizwe when he posted a picture of the duo snuggled up after spending the weekend together out and about with friends.

In an episode of “Drink or Tell the Truth”, Lasizwe made a confession about Vusi. Lasizwe told Ntando Duma that he has a crush on Vusi, saying that he would have a one-night stand with him over Maps Maponyane and Lunga Shabalala.