Tributes pours in for Qhabanga, may his soul rest in peace

By LatestNewsAndHotGossip (self media writer) | 1 year ago For the past few weeks news had been circulating on social media alleging that the character of Gabisile Mdletshe and Qhabanga Mhlongo which is played by Baby Cele and Siyabonga Shibe were leaving the show. The Uzalo production confirmed the new however they set the record straight why the actors were leaving. They revealed that the actors are living the not because they were fired, but because they journey with the show had come to an end. 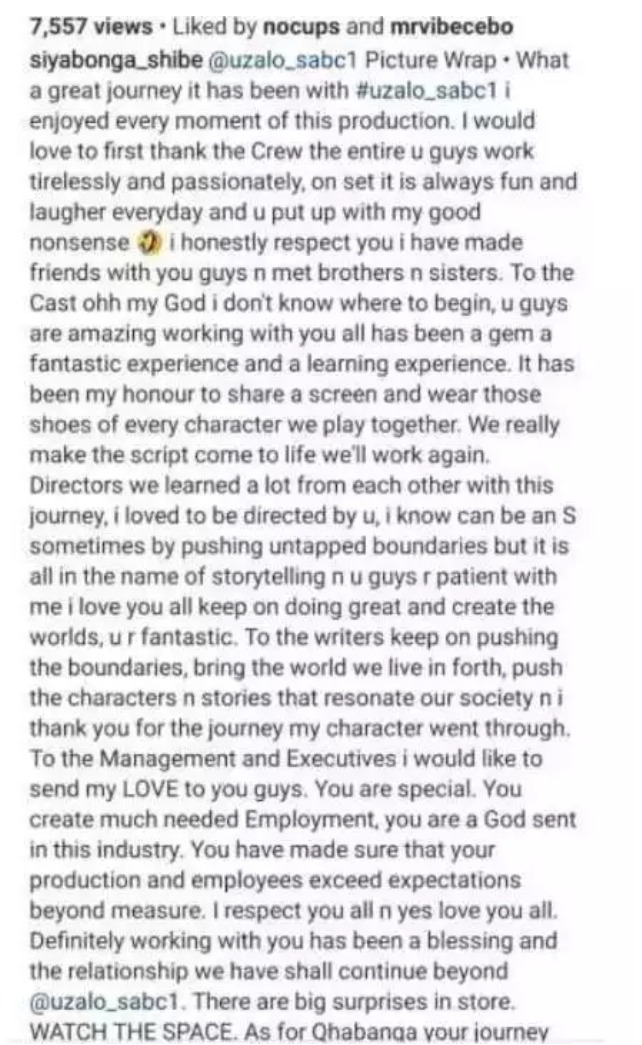 Siyabonga Shine also recently confirmed the show as he revealed that he will be leaving Uzalo. According to him he wants to persue further with his career and his journey with Uzalo has finally come to an end. 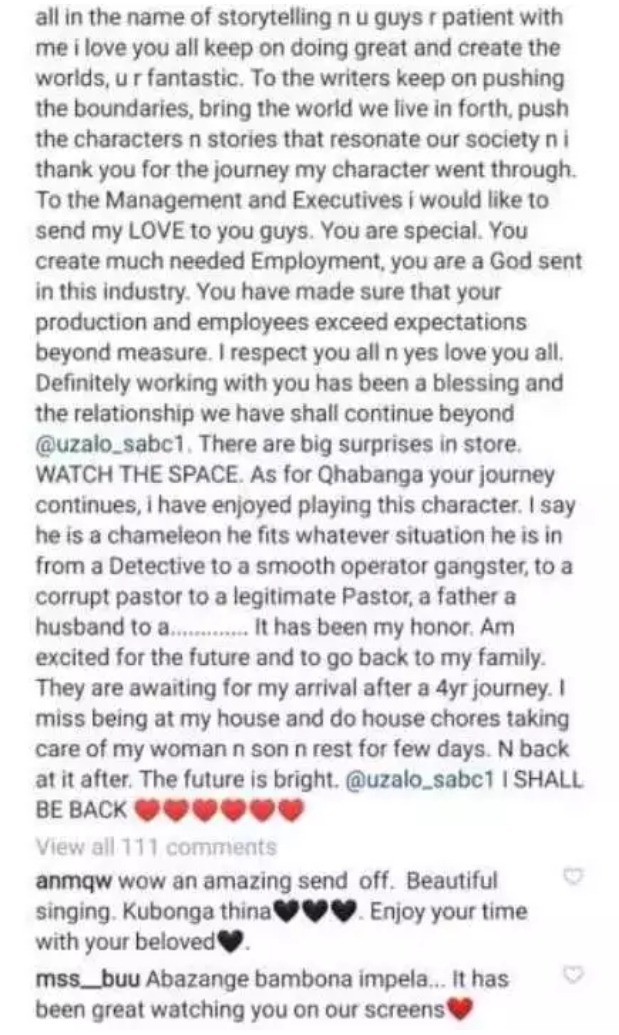 Fans were left devastated and by the news and wished him farewell. However Siyabonga promised his fans that they will be able to see him on other soapies. 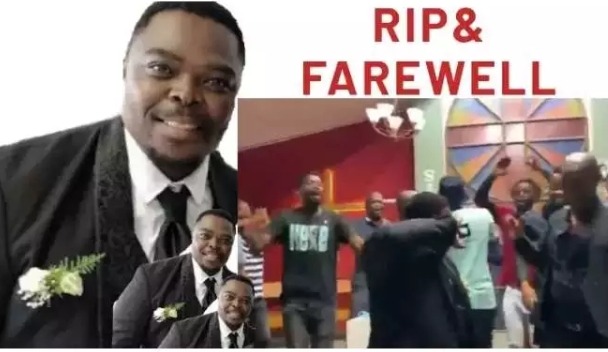