He took to social media to tell his fans and friends alike that he is taking a break from acting to focus on his insurance company, Digni Financial Services.

“This is my official break from your screens as Tbose Maputla. Thanks for all the support you have shown me over the years, I mean I literally matured to be the man I’m today before your eyes,” he said. 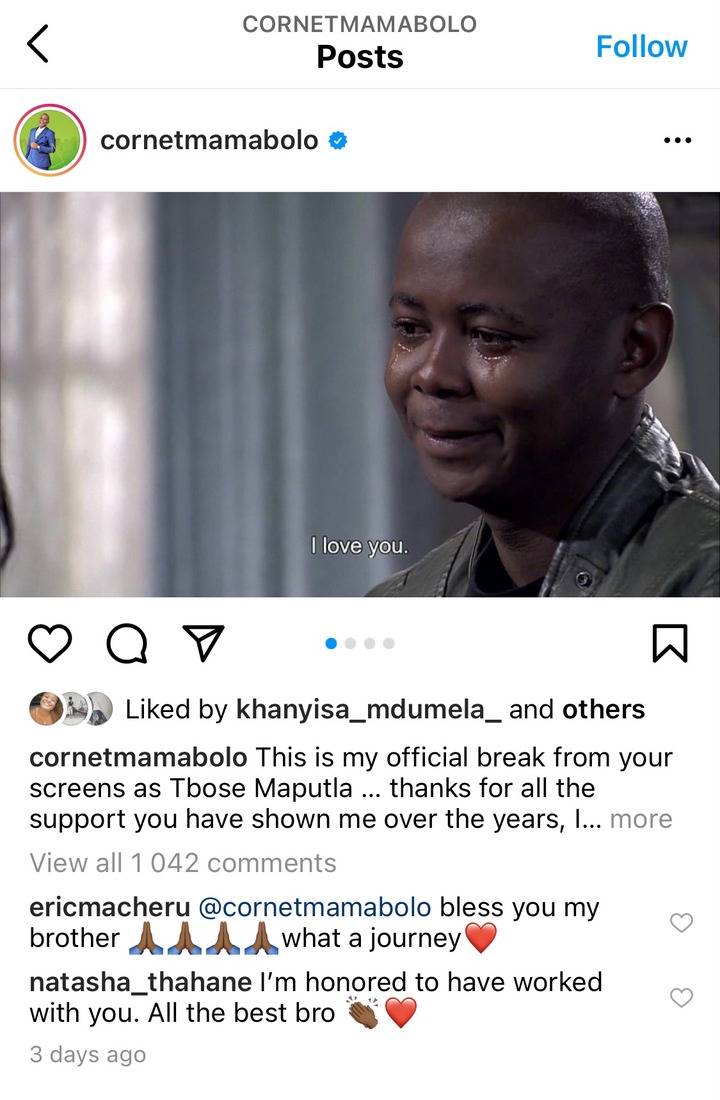 This comes after reports of his arm injury, which hindered him from going to set. When the news of his injury were reported, there were subtle hints that Cornet, also known by his character name Thabo Tbose Maputla, was leaving Skeem Saam.

It was a few days ago when Cornet told his fans that he had sustained an arm injury and was advised by the doctor to take a few weeks to rest. He told the Daily Sun that the injury wasn’t ‘major’. So, if that was the case, why the need to take too much time off work? Not even a week later, media houses are reporting that he is officially leaving Skeem Saam. He too confirmed the news on his social media platforms.

Talking to TshisaLive, Cornet said that shooting the last scene of the soapie was particularly difficult.

“That was a one-take scene. When I shot that scene, I had so much pressure. You know, I had this thing in my mind, that you are only as good as your last performance ... as good as your last show. So I was like, I'm taking a break from this show and this is the scene where I am leaving. It was so difficult for me to tap into emotions ...” he explained.

Three days ago, Mamabolo went on a nostalgic frenzy on his social media when he posted photos of the moments he spent with the Skeem Saam cast - quite an emotional departure he had! 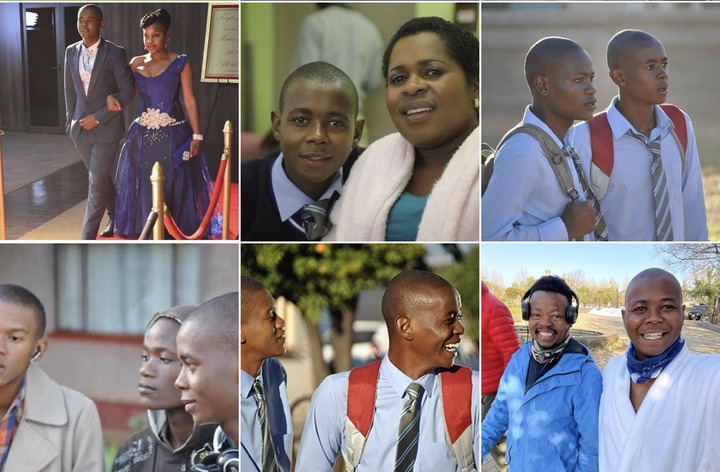 On a serious note though, what is Skeem Saam without Tbose? Viewers long to see the direction the soapie will be headed without one of its main characters.

As sad as it is, we have no choice but to bid Tbose Maputla goodbye and wish him well in his future endeavours.

(Side note: you can catch him for the last time on the 29th of October when he makes an appearance on the soapie).