By MotiveweltNews (self media writer) | 1 year ago 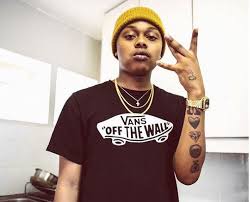 A-Reece released his debut studio album,(2016) which produced the successful singles, "Couldn't" and "Mngani". In 2017, A-Reece then released his second album. In 2019, he released Reece Effect, which earned him millions of streams with hit records such as "Last Resort", "We Both Know Better", "Safe Haven", "Masquerade Party" and "Honest". He also released several ep notably being Gwan Big Up Urself and And I'm Only 21.

The mixtape has been tranding on iTunes for over two years,and also some of his singles have been on top 10 on iTunes.

A-Reece dropped a song titled Carele$$ on 11th of April 2019 which he addresses his beef with former labelmate Flvme.

The young rapper made a mark in the hip hop industry by realising songs that people can relate and they are meaningful to his fans.

Content created and supplied by: MotiveweltNews (via Opera News )