David Adeleke, popularly known as Davido or OBO is one of the extremely talented artistes in Nigeria. He seems to have been into music production years ago but dropped that career 8 years ago. Now, for the first time in 8 years he has decided to pick up his title as music producer as he has produced a new song for another Nigerian artiste, Peruzzi. 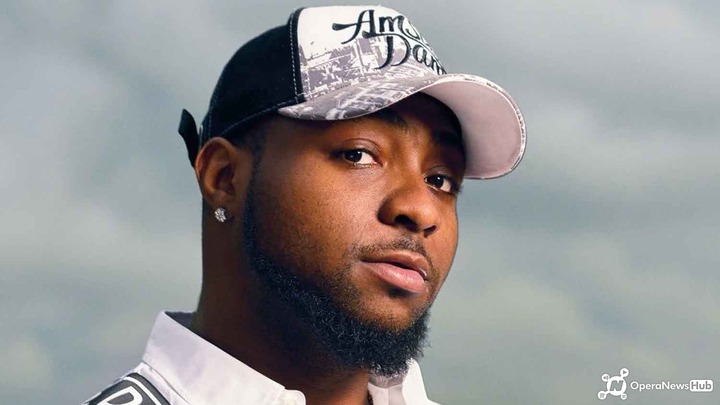 Peruzzi seems to have been quite excited about the song Davido produced and he took to twitter to express that he has always wanted Davido to produce a song for him. He also appreciated the experience he had with Davido as his producer.

Peruzzi's song, "WAVY" is a part of his forthcoming project named "GAZA" which he gave his fans a glimpse of via a snippet he shared on Twitter. "GAZA" is scheduled to drop some time in the month of September.

View Davido and Peruzzi's posts below: 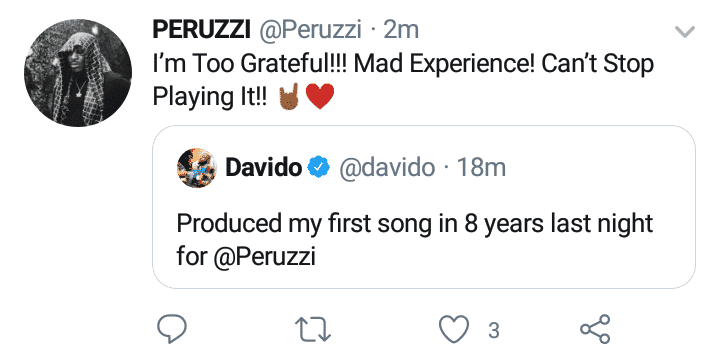 DJ Maphorisa's top songs you should listen and stream.

See The Reason Why Lil wayne Is A Best Rapper.

Reason Wizkid is the Best Musician in Africa.