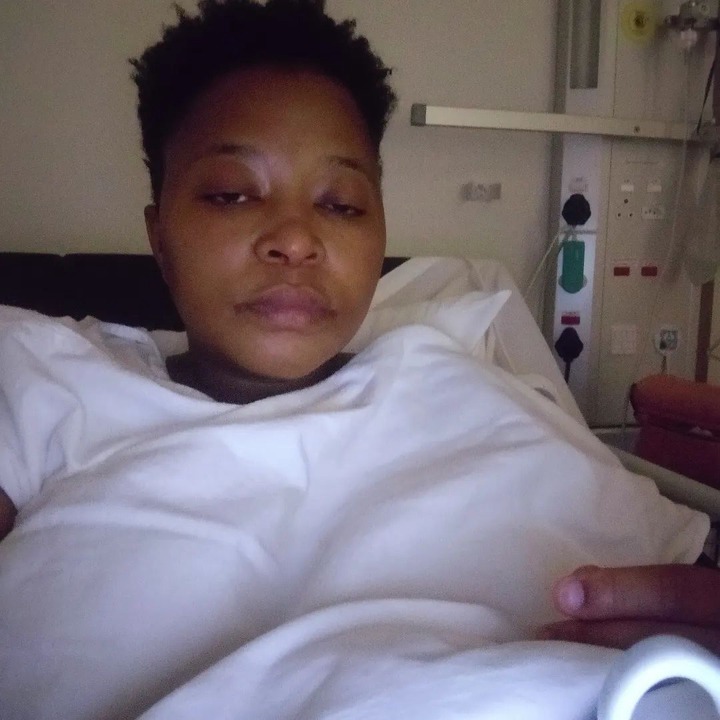 After being reminded of their own childbirth experiences, Skeem Saam actress had her followers in tears. Pebetsi Matlaila has never shied away from speaking about her ordeal, but this time she went into greater detail about how she and her daughter, Qhawekazi, fought for their lives.

Pebetsi shared some graphic images and videos of herself and her daughter in ICU from 9 months ago. Her second pregnancy was difficult for both her and her daughter Q because she was diagnosed with preeclampsia, but they got through it. She explains how this experience led to her rebirth.

"They say that having a child changes your life... "Well, the birth of my last child, QHAWEKAZI, was my rebirth," she explained. This is due to the fact that she was on the verge of losing her life. According to her, she only lost her life for three minutes.

She had a party to commemorate the end of her 9-month journey with her daughter, Q, who is now exploring the house on her own.

Pebetsi revealed that she drove herself to the hospital that day because she was having labor pains. Her blood pressure was extremely high, putting her and baby Q in danger. As a result, she received a prompt response from doctors whom she now refers to as her Angels! 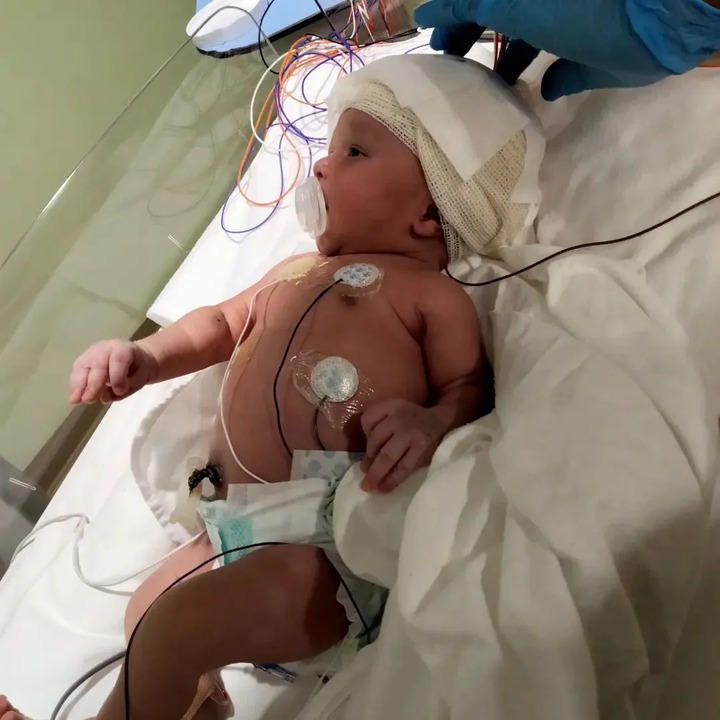 When she got up to go to the operating room, she told the nurse she couldn't breathe, but then it was "lights out." When she regained consciousness, doctors informed her that she had been dead for 3 minutes and that her daughter had been born blue.

"I was told that my heart and lungs collapsed after I had fits (in which I nearly bit off my tongue) due to high blood pressure" (Pre-eclampsia). I was apparently dead for 3 minutes before being resuscitated with those electric square things a. "It appears that my daughter was born blue, with no oxygen in her brain," she explained.

Due to the severity of their birth experience, the mother and daughter had to spend a month in intensive care, and they thank God for saving their lives.

"To this day, Doctors still reiterate that our story is one in a million," Pebetsi's doctors said. "A TRUE MIRACLE!" she exclaimed.

"I Call Them My Angels," she had to thank the people who had helped save her and her daughter's lives. I am grateful for their prompt response to my emergency, as well as the hands-on support and care we received during our recovery. Their expertise, meticulousness, and strategic work are well-recognized. "May you continue to save more people's lives."

Pebetsi was also involved in a car accident during her pregnancy while fleeing from hijackers. "I don't know yet how I survived, but I'm told most women with pre-eclampsia don't," she said. I'm still trying to wrap my head around what happened. I've been told that we were brought back from the dead, which shocked Dr. I'll tell you the story one day. I'm not sure why God chose us. For the time being, I value health and am grateful for life."

"My existence on Earth has been tried and tested since the beginning of this year." High health risks, a car accident, depression and anxiety, and a fatally difficult birth experience So, in a sense, God gave me a second chance at life. I will never, ever take

Eat Ginger and cloves 30 minutes before bed, and you will not believe what will happen to your body.