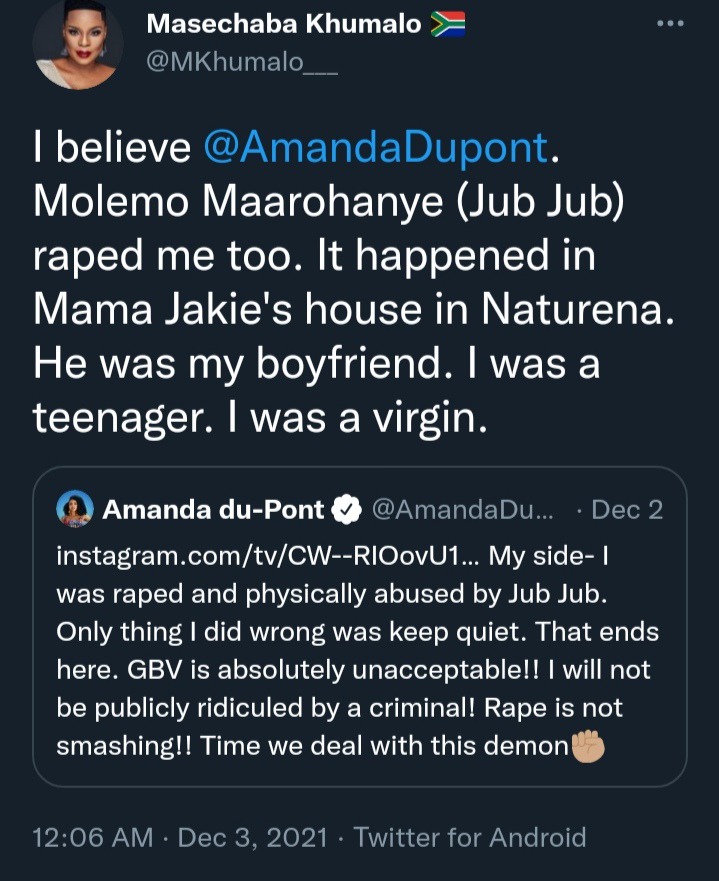 Media personality Masechaba Khumalo has also come forward and alleged that artist, TV personality and television presenter Molemo Maarohanye best known as Jub Jub has raped her too. Khumalo, the former Metro FM presenter, said Jub Jub violated her when she was a teenager at his mother ‘s house in Naturena south of Joburg . She said when Jub Jub raped her she was still a virgin. 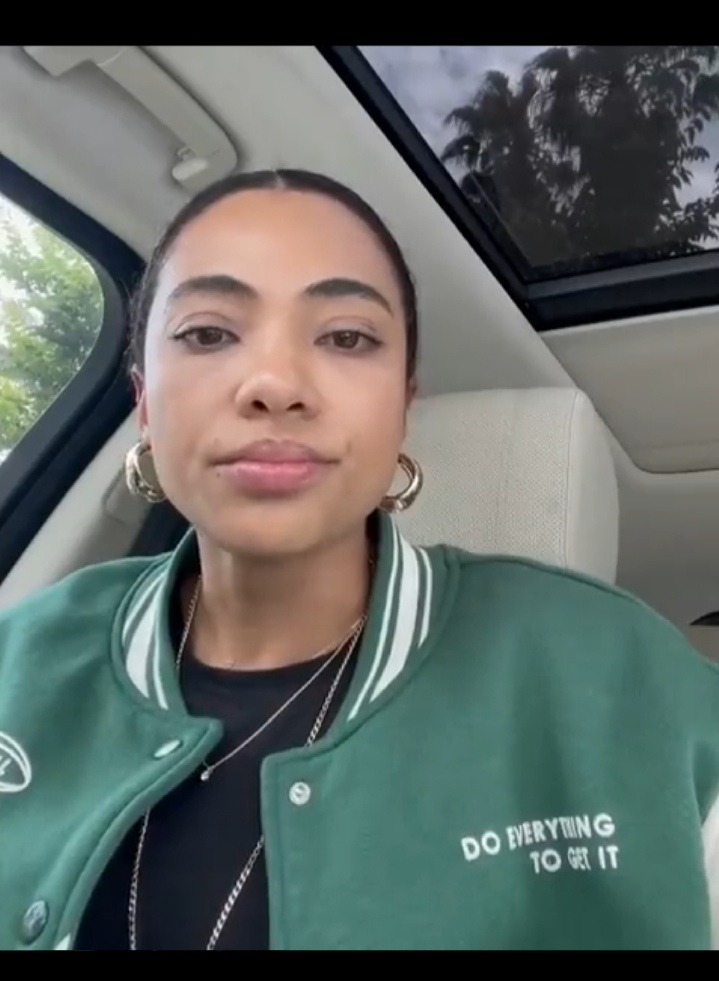 South African soap actors are showing support for fellow actress Amanda du Pont after her ex-boyfriend Jub Jub raped her in an emotional video yesterday (December 2nd) for two years and revealed that she was physically abused. Many have appeared to publicly support the model Amanda Dupont.Swazi's actress, who has appeared on many shows such as Muvhango, Skeem Saam, Generations and Isono, has been supported by her former co-stars and industry friends following the viral video. 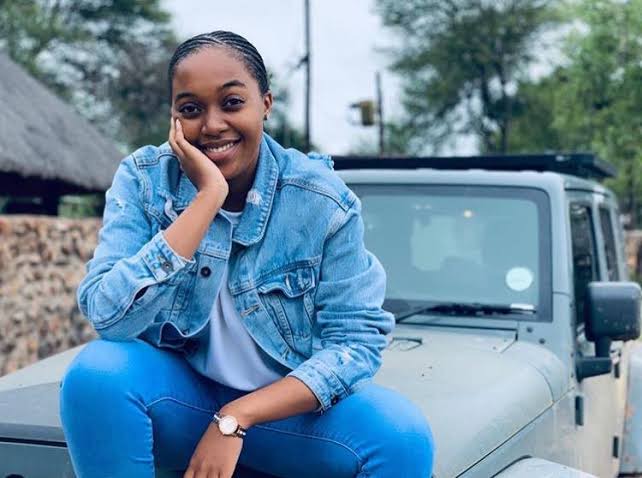 A number of actors supported Amanda Skeem saam's star Lerato Marabe who plays the role of Pretty Seakmela shared a vidoe on her story on Instagram and captioned it "I'm so sorry Amanda". MUVHANGO's star Mona Monyane who played the role of doctor Nthabeleng on SABC2's Venda soap Muvhango, shared Amanda's video on her Instagram feed Monyane captioned the video, "Thank you @Amandadupont for being brave enough to do what too many are restricted by fear to do". 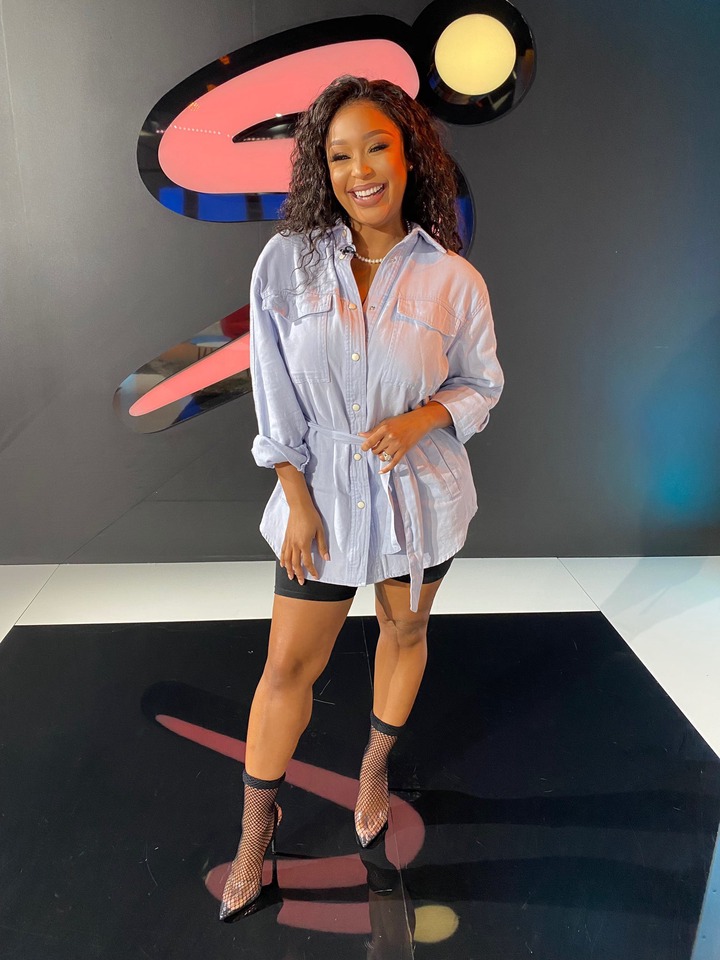 Minnie Dlamini is the latest celebrity to join the list of celebrities who back Amanda du Pont. Minnie Dlamini Jones Tweeted "The Mac G and Jub Jub podcast is the most degrading piece of content i wish i never consumed. i couldnt even finish it! you guys should be ashamed of yourselves. Women can't be spoken about like this and condoned? Do better!!!". other celebrities who joined are Former Miss SA Teen Celeste Khumalo, widely known for playing Bullelwa on SABC 1's Soapie Generations: The Legacy, showed her love for Amanda DuPont on social media by tagging her in an Instagram story.

criminal act is wrong and is not condoned in any form. But because there are plenty of cases where women wrongfully acuse people of rape just to get back at them it is now hard to believe someone who reports rape after couple of years. The only way to change this is to report the incident immediately after it happened so that enough evidence can be gathered for the justice department to rule fairly.

In disbelief | This how much prison wardens earn per month and the requirements.