-Slik Talk has released a new video in which he criticised DJ Sbu for allegedly exploiting Zahara's debut album Loliwe.

-He claims this isn't the first time the DJ has done something similar, citing the 2015 Top Billing controversy over DJ Sbu's home ownership as an example.

-He then goes on to call him a failure in both his music career and his educational pursuits. 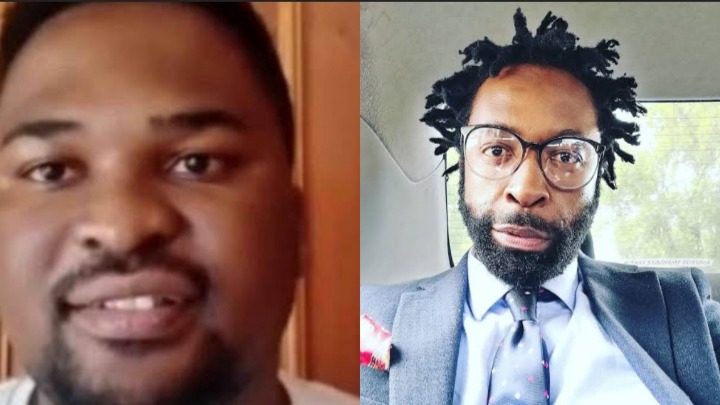 Slik Talk shamed DJ Sbu in his latest video, which opened with a video of Zahara being emotional about how she did not get what she deserved from well-known DJ DJ Sbu and music producer Tk Nciza despite writing her debut hit single "Loliwe."

Slik Talk, the controversial YouTuber, called out DJ Sbu for always preaching positivity, but he is now accused of doing the opposite in real life by allegedly having exploited Zahara's debut album "Loliwe."

He called out DJ Sbu for transporting Zahara from the Eastern Cape to Johannesburg only to allegedly exploit her, and now that she is on the verge of losing everything, including her home, he has vanished.

The Loliwe Hitmaker recently toldTimesLive that she was about to lose her home after failing to pay the R17 665 monthly installment.

"I drank that thing once and I never did it again because that thing is trash," said the Youtuber in the latest video.

He referred to him as a "fraudulent person" because this isn't the first time he's done something questionable, citing DJ Sbu's controversial top billing appearance in 2015.

Sunday World revealed in 2015 that the owner of the Mofaya brand lied about owning the R8 million Golf estate house he invited Top Billing to and claimed as his own.

The Sunday paper revealed that he rented the property and paid a monthly rent of R45 000.

Slik Talk also blamed the DJs' alleged "fraudulent ways" for his matric failure and now his failing music career, as he now does podcasts on Youtube.

However, according to News24, DJ Sbu retook Matric and passed, allowing him to continue his education.

He is now the host of "The Hustlers Corner SA," a podcast.