Limpopo and Botswana comedians fight over money and their fans interferes with emotions exchanged.

By Sphithiphithi_Evaluator (self media writer) | 1 year ago

There has been a feud between two famous comedians who are popularly known as video makers on social media. The Limpopian comedian Sir-Jovial FX Comedian initiated a fight when he publicly announced that the Botswana international William Last Motsetserepa owes him a lot of money after he did not show up at an event he already paid him to come and perform. 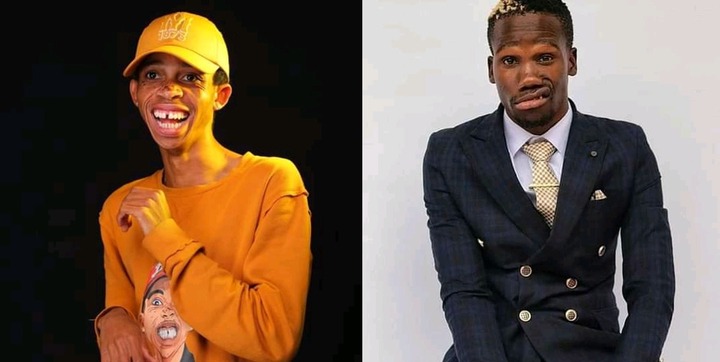 These tensions escalated as fans of both comedians caught up in a debate and asked Sir-Jovial a lot of questions and wanting to know if his allegations are really true. This matter seemed serious when Botwana and Limpopo newspapers published this story from Facebook. People from Botswana were commenting and wanting to know if their country man is really involved in this allegation, since they publicly know him as a cool guy and never suspected that he can pull such strings. 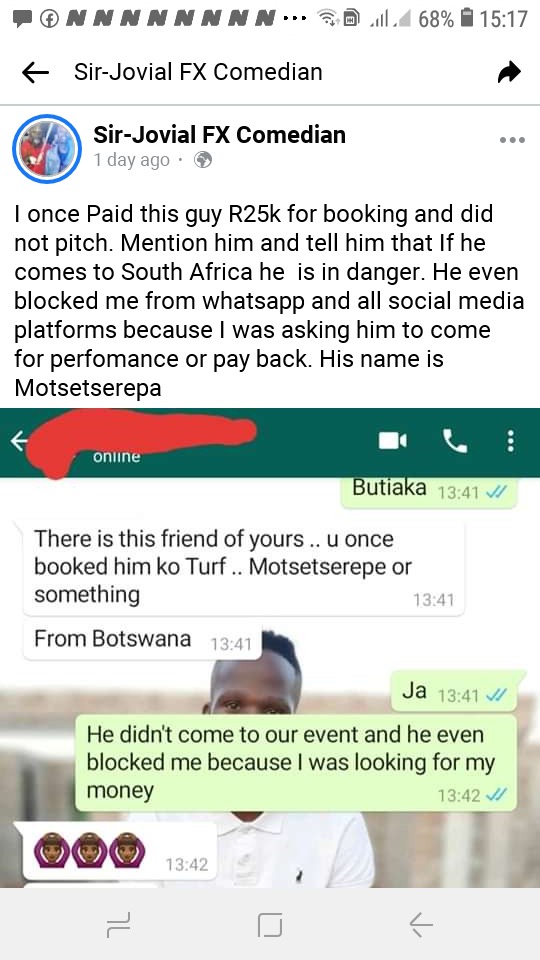 Limpopian comedian claims that he paid Motsetserepa a ransom of R25 000 to come and perform at an event that was hosted at University of Limpopo last year in early october. Unfortunately Motsetserepa did not show up and when he tried reaching him using his whatsapp he blocked him and never wanted to be reached. This made fans furious as Motsetserepa has many fans in Limpopo who were waiting for him to make them laugh. Jovial also claims that he even used his phone to show fans screenshots of the conversation between him and Motsetserepa the night he confirmed that he cannot make it and decided to block him. 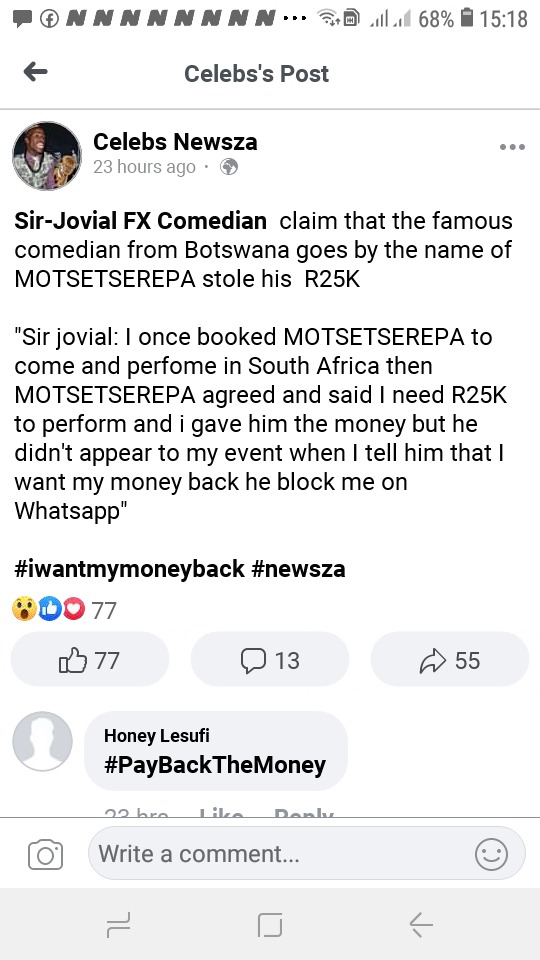 Many fans were disappointed and sympathizing with Jovial. Some Facebook pages also made the story trend as they continued posting and sharing this information with the public. Most people were confused as they thought that the event took place this year and suggested that Motsetserepa could not make it, as Botswana does not allow cross borders due its lock-down regulations. 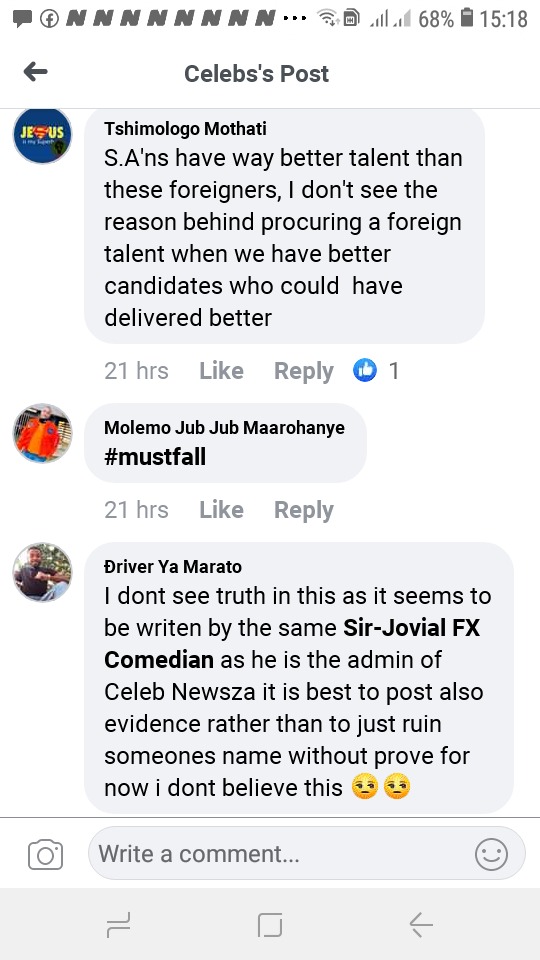 Sir Jovial went on making live videos on Facebook threatening that if Motsetserepa does not bring back his money he is going to make him trend until he actually reaches him. Most fans of Motsetserepa were worried about his reputation and career, since his name is dragged in the mud for his unprofessionalism. People continued scrutinizing this tension carefully as they waited for a response from Motsetserepa. Jovial continued telling his fans on his Facebook page that he is evolving Botswana news in this saga. 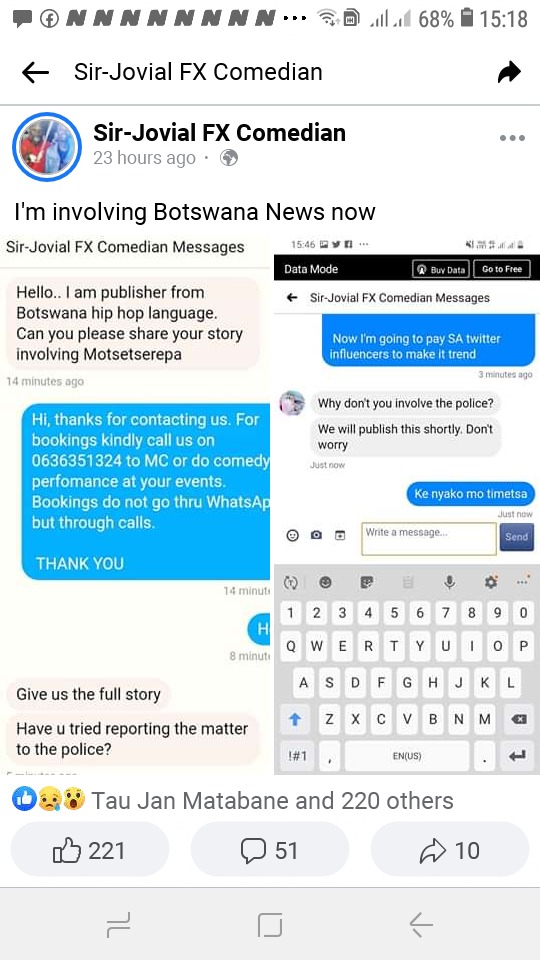 Jovial posted a video that Motsetserepa posted just a few days before the event last year confirming that he will be available at the university of Limpopo to perform. This is when people realized that this matter is serious and needs attention. Motsetserepa has more fans in South Africa, but after what he has done might see him losing most of his fans after the recent feud. 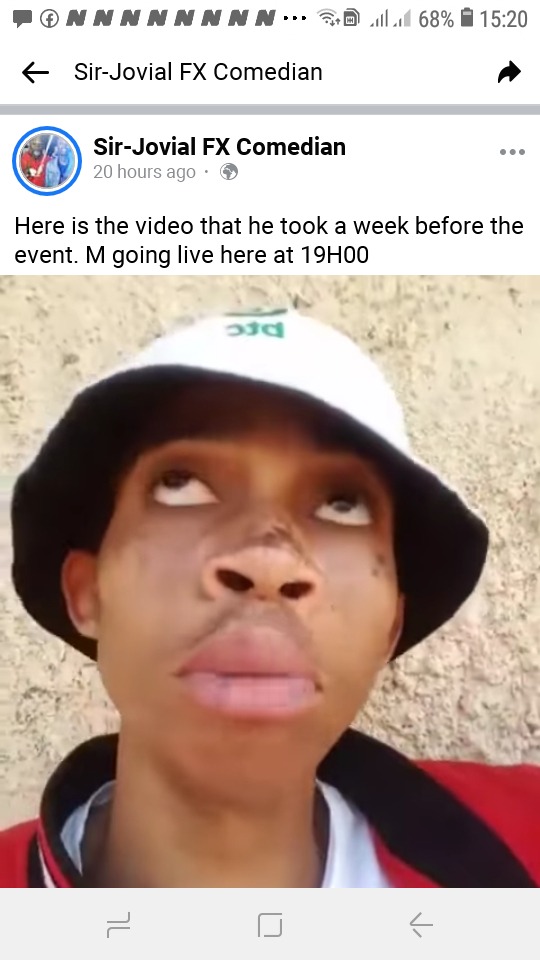 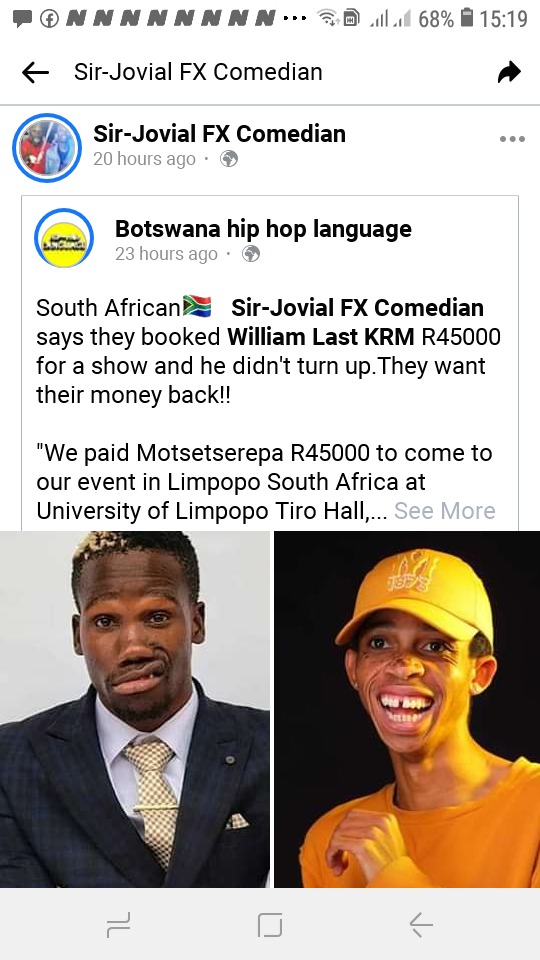 In the early hours of the morning of the 16th november, Motsetserepa broke his silence when he decided to unlock Jovial on Whatsapp and started communicating. Like usual Jovial took screenshots of the conversation and shared with his fans since he involved them into this matter. Motsetserepa showed his remorse and apologized and he is willing to pay back Jovial. Below are the screenshots showing the conversation between the two.

"My Female Roommate Was Busy With Assignments, So I Decided To Cook For Her" A guy posted