Seems like everyone did not know that Somizi is pansexual. 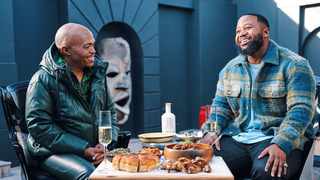 Somizi Mhlongo throws shade at Mohale on &#39;The Braai Show with Cassper Nyovest&#39;"/>Seems like everyone got it all wrong about Somizi's sexuality. Everyone thought that Somizi is gay until he said something on The Brai Show with Casper. Is he keeping more secrets about himself that may shock Mzansi?

Let's see what he said during the Brai show.

Somizi has always had an affair and openly dated women. Talk to Cassper Nyovest. Media personality Somizi Mhlongo recently shared a very interesting fact about his life, that he has an affair.

He shared the information with his longtime friend Cassper Nyovest on the most recent episode of The Braai Show with Cassper. Mhlongo talks about the public's interest in his sexuality and how tired he is of their curiosity. He also mentioned the much discussed topic that he had a child with a woman.

Somizi became a father after a brief relationship with actress and news anchor Palesa Madisakwane as a child. The couple has a daughter named Bahumi. On his Braai Show episode, Somizi also said that he openly dates anyone, including women, because he's more attracted to a person than the gender she identifies with.

The technical term for this type of disposition is sexual and it belongs to the broad spectrum sex. “Even the little mom knows that when she told me she loved me, I told her I was gay. She said I lied and she checked on me. I decided to go to and that's how it happened."

“I was transparent from the very beginning. I've always hated having to explain myself. I'm not gay, I'm straight. I'm attracted to people who are attracted to me right now. So even if I meet a beautiful woman now, I will date her.

Somizi and Mohale where are they now?

When Cassper asked her about her ex-husband Mohale Motaung, Somizi replied, “Oh, he's gone. He is no longer alive. Obviously shocked, Cassper asked, “Are you serious? 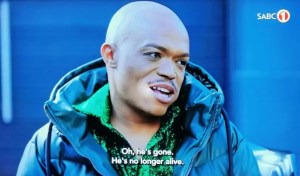 Somizi joked, "He has left this Earth." Cassper confirmed and said that we are all wondering when this relationship will end as they went public. He defends Mohale after Cassper says he got an "Italian job", suggesting that he use it to gain fame and build his career.