A brief Heavy K video that appeared on social media sparked discussion in the comments section as people realized what was going on.

Musa Khawula, a well-known Twitter gossip figure, recently posted a photo of Heavy K leaning on two cars, a BMW M3 and a Mercedes Benz, and wrote, "Heavy K with his rented BMW M3 in front of his rented home."

Musa Khawula is a well-known celebrity gossip blogger who regularly publishes unannounced celebrity rumors. While some have questioned whether or not he is trustworthy, there are others who would vouch for the veracity of his posts.

And because it is well known that Musa has a way of getting on famous people's nerves, he has also revealed that some celebrities have blocked him on Twitter. As a result, he now has more than 250 000 followers and more than 3,500 tweets.

He is alleging that Heavy K not only rented the M3 but also the flat that was in his backdrop, so it doesn't look like he will be stopping anytime soon.

The song maker, however, did not take this situation lightly and retaliated, uploading a video of himself at the dealership but avoiding mentioning Musa by name.

And in the video, he is seen sitting on the M3's hood as it makes noise. He captioned the image, "Rented M-Power, can you hear it now?"

The "Uyeke" hitmaker was obviously replying to Musa Khawula, and this post features many K's supporters making fun of Musa.

What message was he attempting to convey, and does this indicate that he bought the M3 or not, are still open questions. 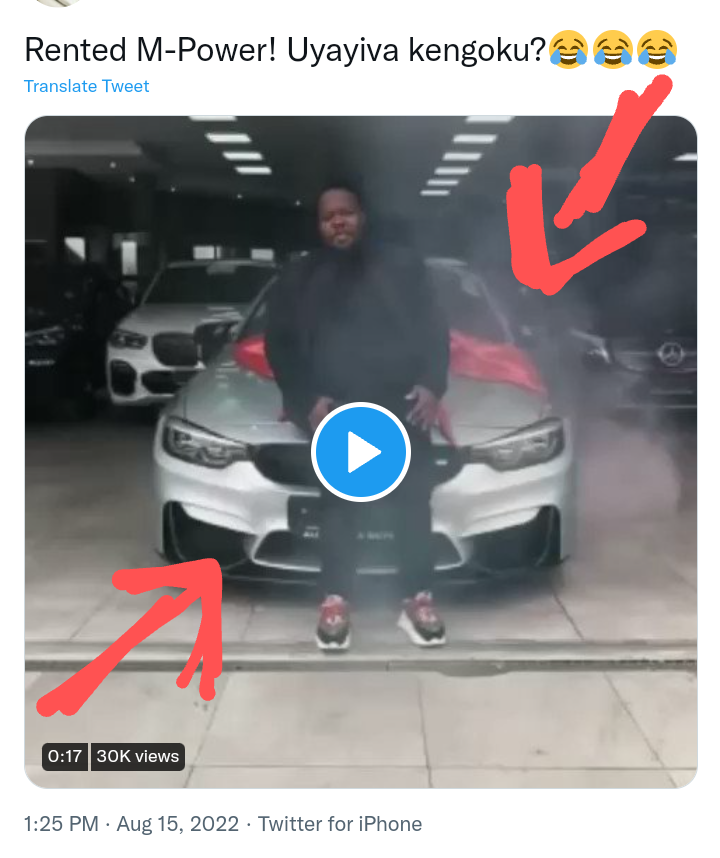 You have just reached the end of the article , and don't forget to stay tuned in for more articles updated on a daily basis.