Cassper Nyovest has touched South Africans yesterday after the message that he wrote ON Twitter. He is famously known as Cassper Nyovest but his real names are Refiloe Phoolo born and raised in Mahikeng. He is a South African 30 years old songwriter, entrepreneur and record producer. He became famous in the entertainment industry in 2014 after his album Tsholofelo. On this album there were two songs that went viral, these are Gusheshe and Doc Shebeleza. After making his way to the top he decided to open his own record company known as Family Tree. So far he is doing so perfectly in terms of his music career. 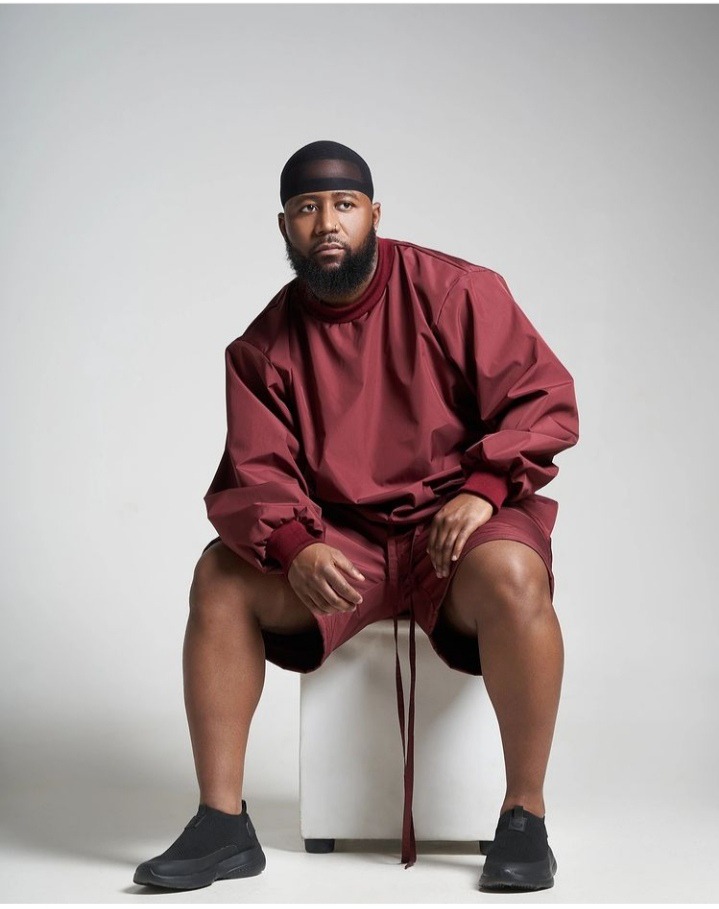 He has released many songs where he worked with some South African award winning musicians. Fans seem to be pleased with the music that he produces. Besides being in the entertainment industry he is also in the business industry. This year he launched his own sneaker brand and thousands of people are really buying it. He will be launching his wine brand soon. He has been said to be one the richest celebrities in South Africa and most top loved with over millions of followers on his instagram page. 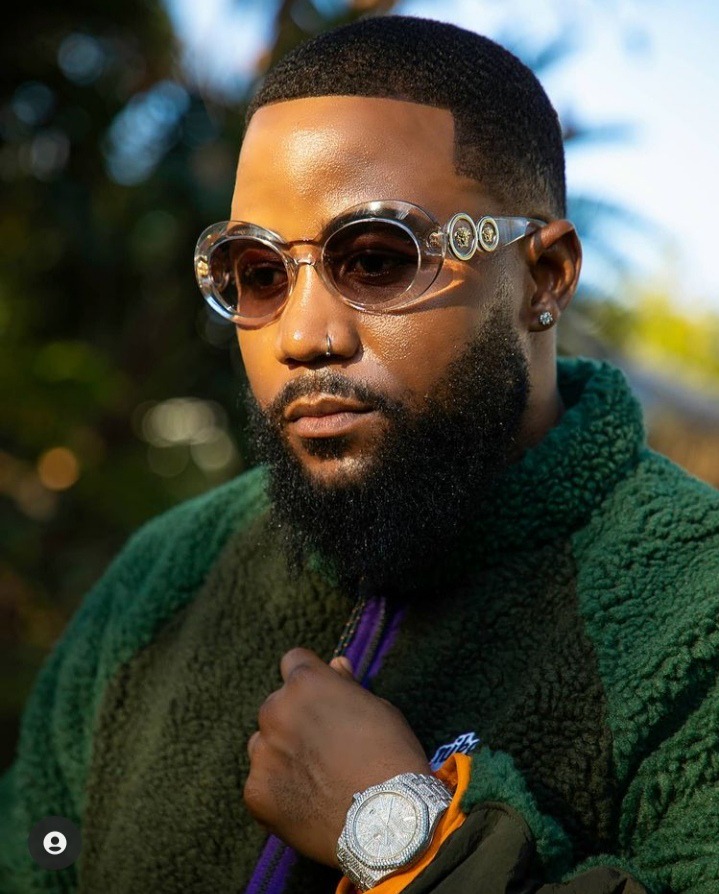 You can see that he is really motivated and dedicated on building an empire for his family. He is such a role model to many young rising stars in both entertainment and business industry. Yesterday he left people in tears after he uploaded a status on Twitter and said " We are under attack, the devil is thriving. Mentally this has been a terrible year. We have lost so many and we keep losing people. I don't think it's normal to be grieving so much and trying to move on like it's nothing. God please intervene, this is just way too much " . 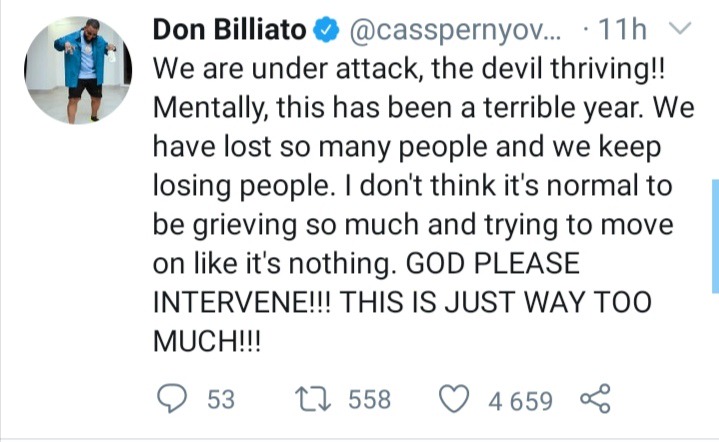 He left Mzansi Drowning in tears as they remember how painful this year has been for them. It has been really hectic indeed and many people went through the most.Many lost their loved ones and the pain is still too much for them. South Africa is praying and hoping that next year will be better. What is your take on this matter? 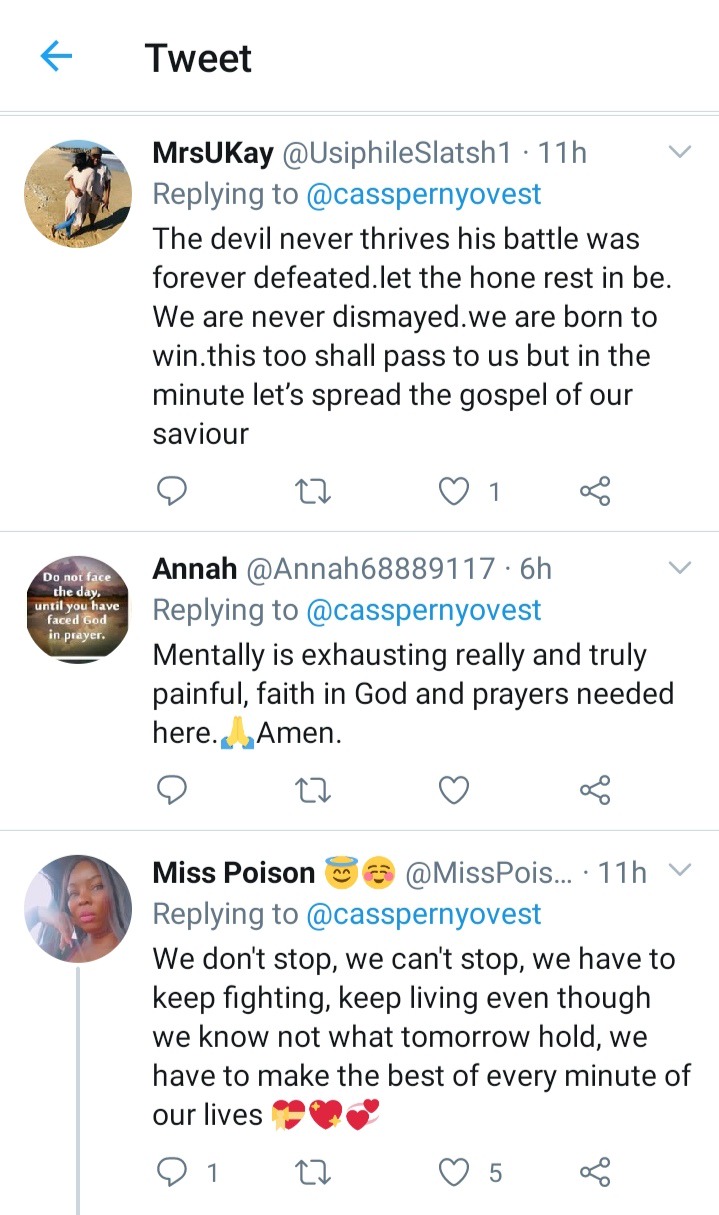