Zolisa Xaluva or Warren Masemola? Fans are made to choose between these two

zolisa Xaluva and Warren Masemola went head to head without knowing it. Thanks to the fanbase who can see things and then decide who matches who. 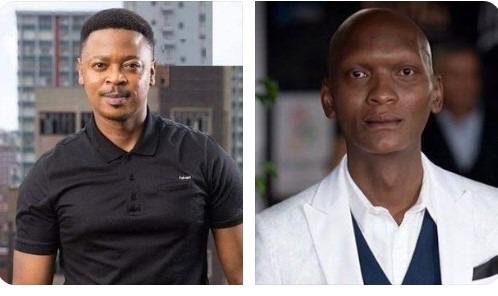 according to the lovers of local Television shows and movies, Zolisa Xaluva has done very well with every role that he has been given. he is one of the best actors that the country has ever produced.

Xaluva was casted as Lwazi Mboweni on Tsha Tsha season 3. In 2005 he was casted as Jason Malinga on Generations. In 2006 the producers of Generations gave him time off to shoot season 4 of Tsha Tsha. In 2008 he landed a minor role on e.tv’s soap opera Rhythm City as HHP’s Manager, in the same year he appeared on SABC 1’s miniseries uGugu no Andile and SABC 1′ drama series Tshisa season 2. 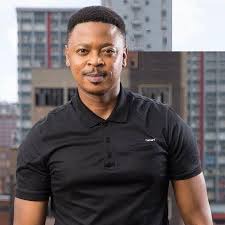 In 2020, he landed the role of a school principal, Melusi in Mzansi Magic telenovela Gomora. he got everyone talking with his role on Show Max's drama series called The Kings Of Jo'burg.

on the other hand there is Warren Masemola who is also one of the best actors in South Africa. Warren is a kind of guy that you can describe as a chameleon because of his ability to kill any role. 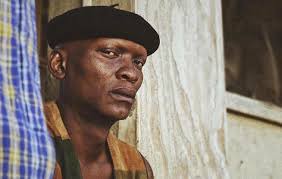 In 2008, Masemola joined the e.tv soap opera Scandal where he played Lentswe Mokethi, an art director. He then starred as Thokozani "Thoko" Chanel on the sitcom Ses'Top La. In 2010, he played the role of Tizozo on Intersexions, a drama series. He has also starred in other popular TV shows such as 90 Plein Street, The Republic, Ayeye, Heist, Ring of Lies, Saints and Sinners, The river, Tjovitjo, viva and Single Galz & Single Guyz.

yesterday Twitter decided to choose the best actor between these two guys. ye this was obviously going to cause a lot of arguments. a minor poll that was created favoured Warren Masemola but when tou go through the comments, you might also think that Zolisa took the lead. 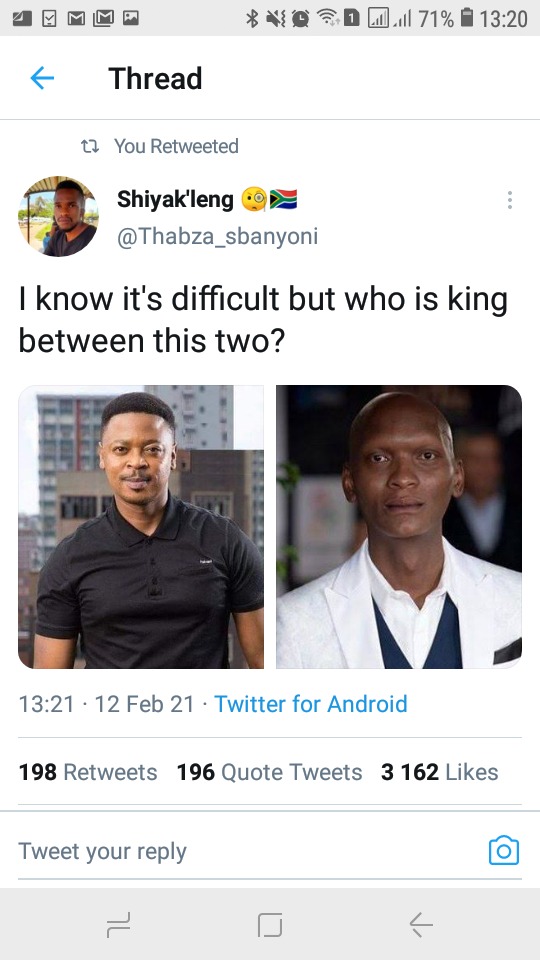 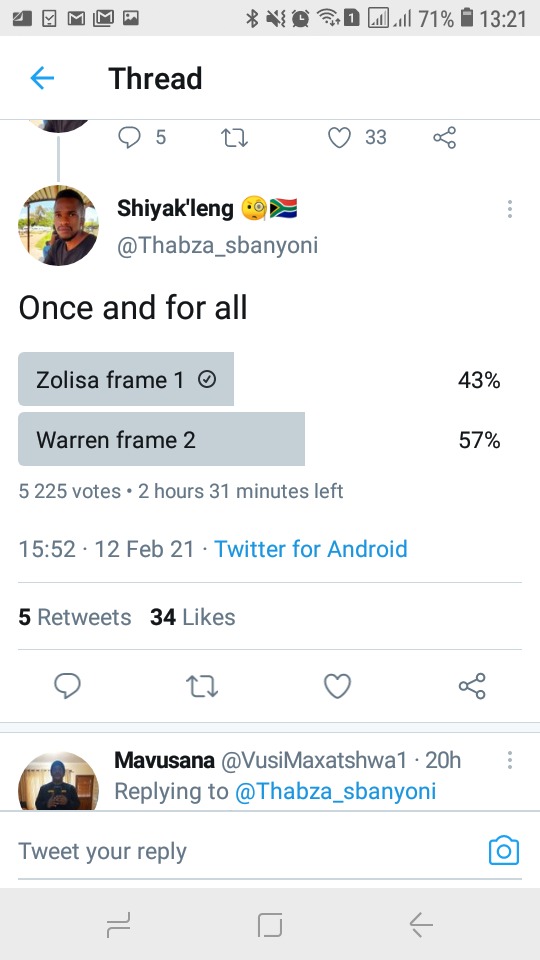 I will post some of the screenshots to see see what people had to say about the veteran actors. 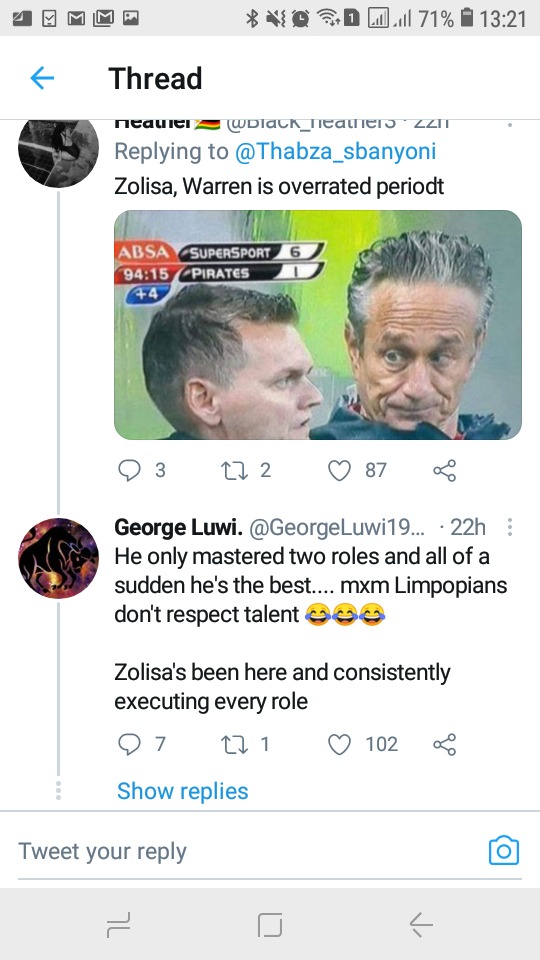 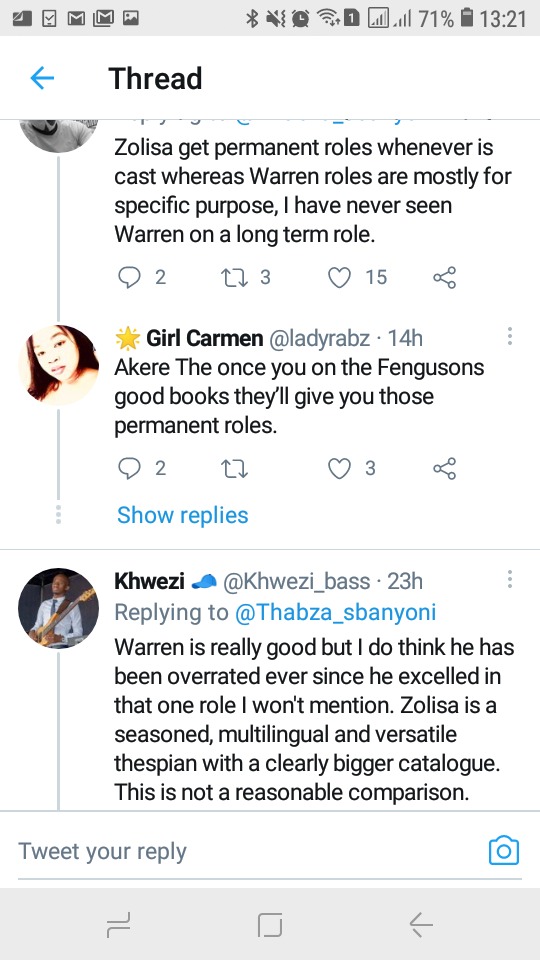 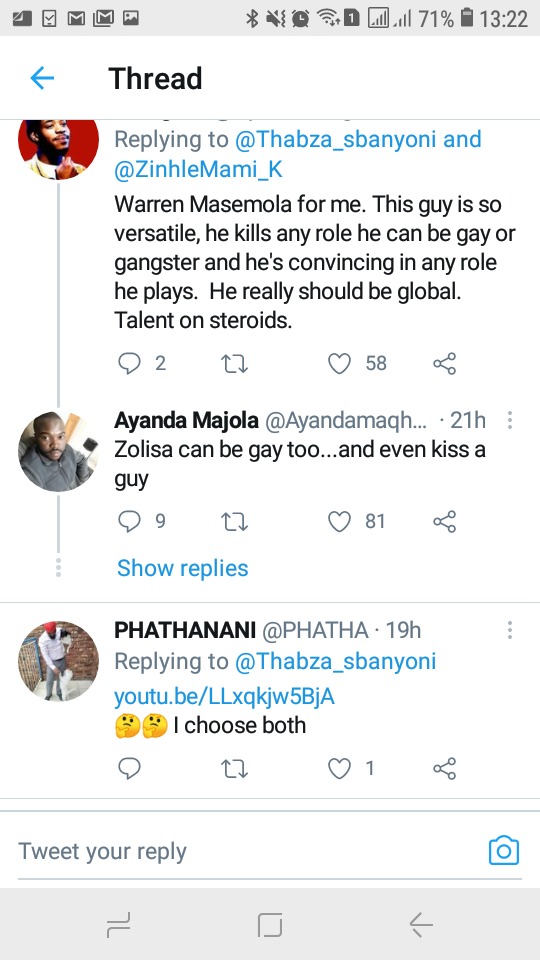 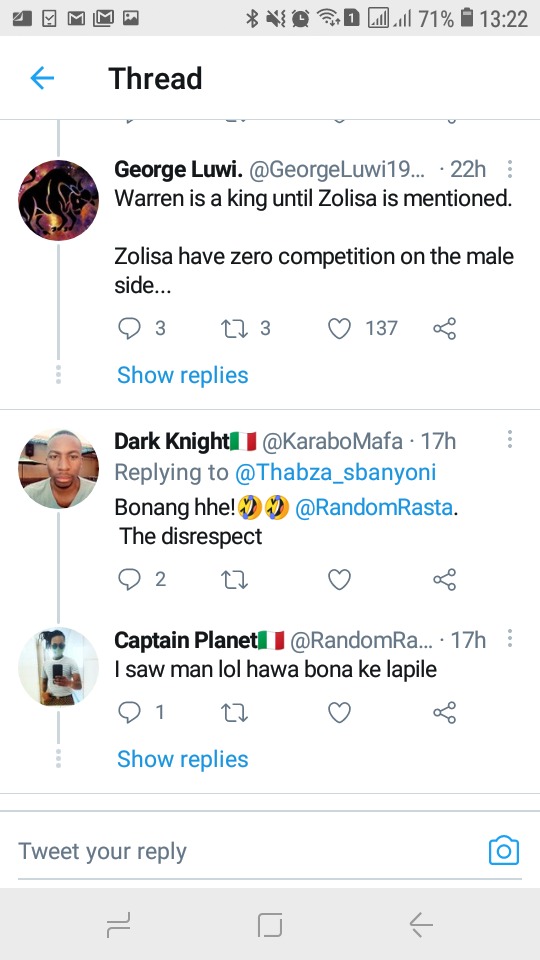 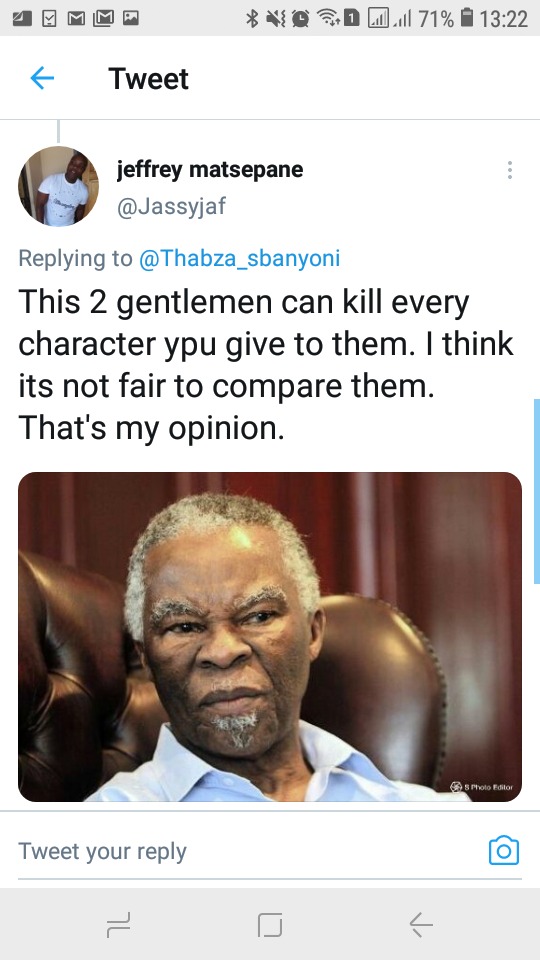 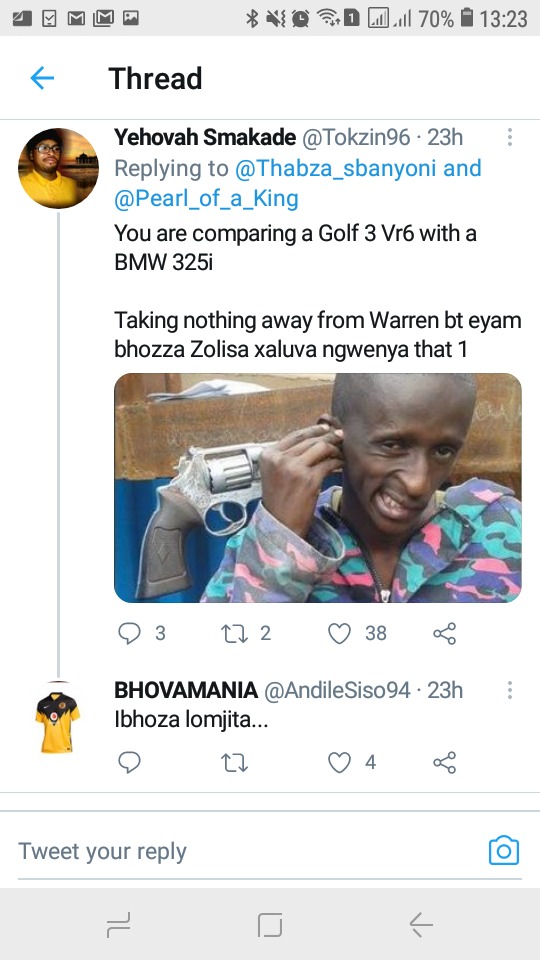 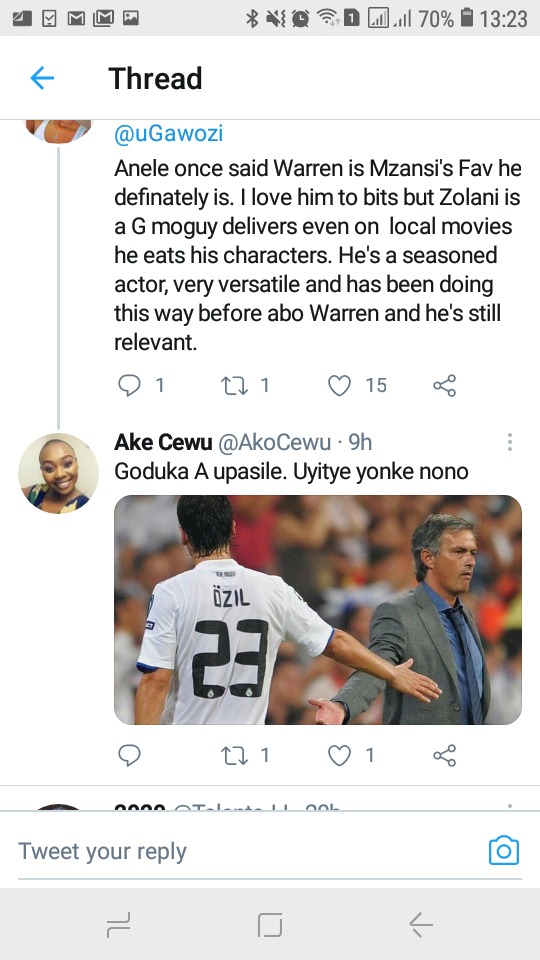 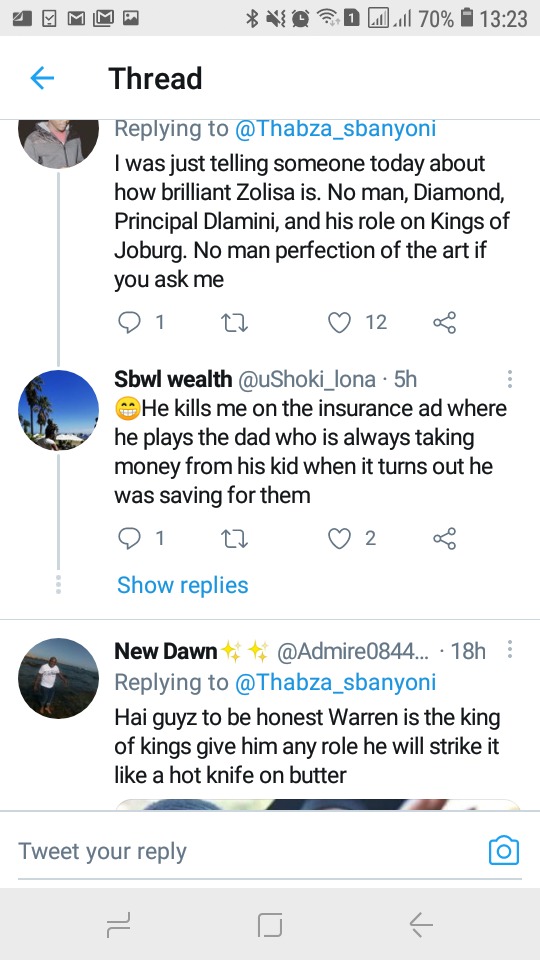 If you want God to bless you with abundant money, say these Psalms everyday