Tlou Cleopas Monyepao (born December 24, 1979), professionally known as DJ Cleo, is a South African Kwaito, House music and Hip hop producer. He was born in Gauteng.[1] DJ Cleo has enjoyed a long and fruitful career in the South African music industry, he produced successful singles and albums for various artists before going on to produce and release his debut album "Es'khaleni" in 2004. His 2012 Single "Facebook" earned him three awards at 18th SAMA. His eleventh album Eskhaleni 11 (2019), which include single "Yile Gqom" and Yile Piano, Vol. 1 (2019). Tokollo Tshabalala is a South African Kwaito musician born on 14th October 1976 in Johannesburg, South Africa. He was a student at St. Stithians College and started his career as part of the group Mashsmplani in 1995 before joining high school friends to form TKZee.

The painful thing about death is that you never know when it will happen. One moment a person is alive, healthy and happy and the next moment you hear that person has passed away. And Tokollo death proves that death is a thief and its painful, people were left in shock after hearing about the passing of Tokollo that was confirmed by his family that he died in his sleep it is also alleged that he could have died of seizure.

As someone who did music in his life, and worked with a lot of people. People like Cleo took it upon himself to honour him, by releasing a tribute for him.

Musa Khawula took to his social media account to share that DJ Cleo has released a tribute mix to Tokollo Magesh' Tshabalala. Below is what Musa Khawula shared. 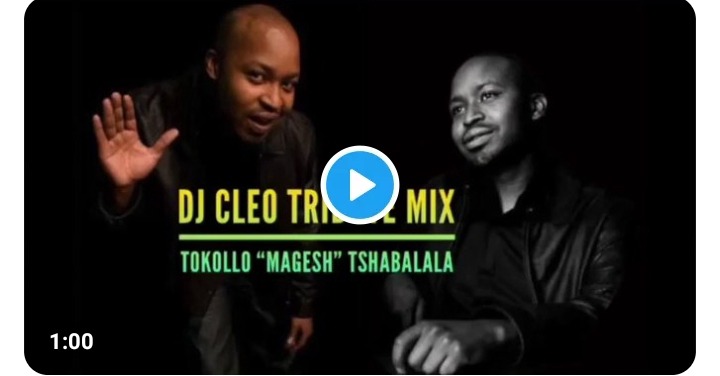 What DJ Cleo did for Tokollo it's special to honour Tokollo the way he did, because Tokollo and his group gave South Africa good music. And again to hear about his death like this after years not hearing from him it's even more painful.

Tokollo' s death was a shock to many, it proves that you never know what tomorrow holds but you can wake up and hear that someone you love and care about is no more. That is why it is important as people to always show love to those that are close to us, because tomorrow is not promised to anyone.

This is so painful May His Soul Rest in peace and May the good Lord give his family strength and understanding during this tough time.