Kelly Khumalo Got Tongues Wagging Over Her Bold Statement About Senzo Meyiwa. 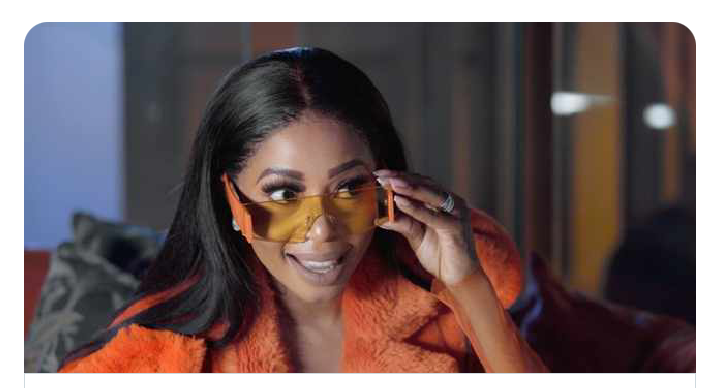 It's difficult for a South African not to think of Grammy-winning singer Kelly Khumalo when Senzo Meyiwa comes to mind.

Especially after his sad death and while the murder investigation was still proceeding, the former couple was inseparable. In actuality, it's difficult to imagine one without the other.

Kelly Khumalo made the audacious claim during an interview with eNCA that "Nobody knew who Senzo Meyiwa was until he was tied to the brand 'Kelly Khumalo'." 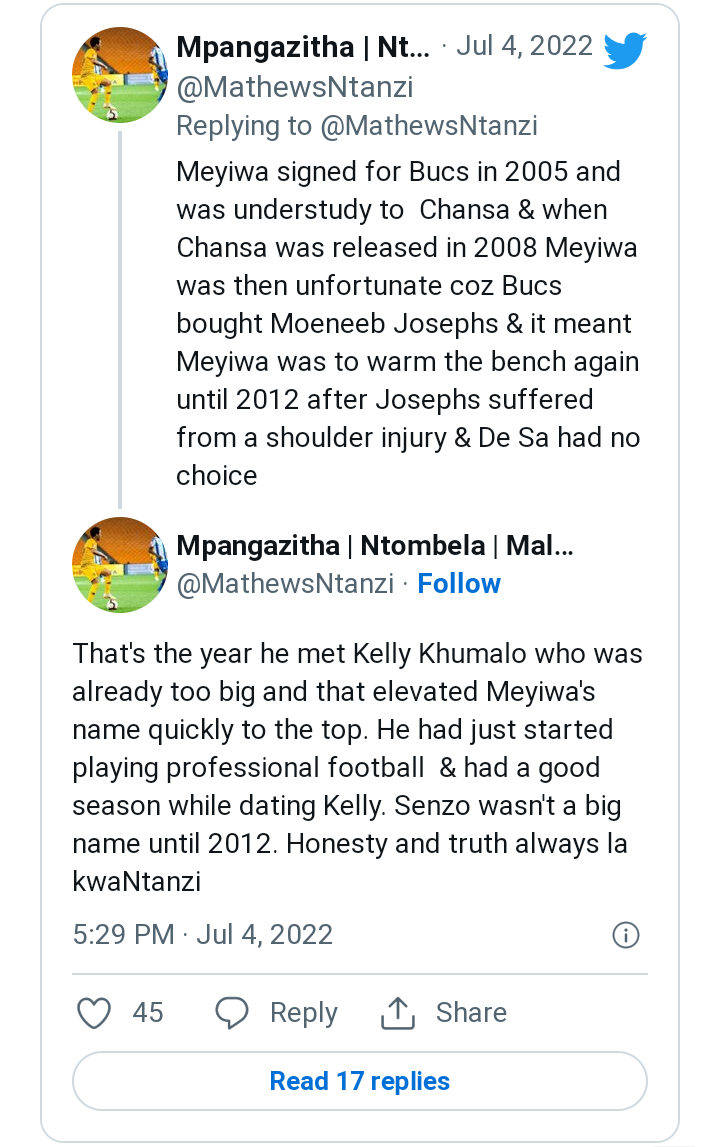 As she made an attempt to clarify that she had nothing to gain from Meyiwa's passing, Khumalo raised eyebrows.

The Twittersphere replied to her remarks in the meantime.

Meyiwa's soccer career was progressing, but his connection with the singer propelled him into the public eye, particularly because their romance made tabloid headlines.

The Bafana Bafana captain dated Khumalo when he was married, and like some of her other romances, their connection sparked much controversy. 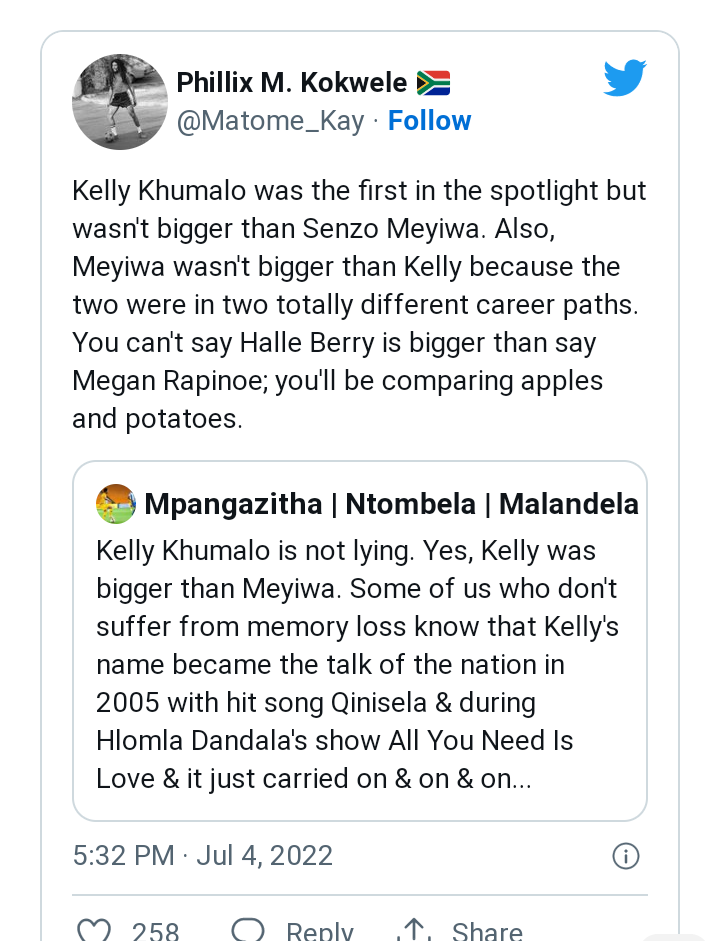 Khumalo has always dominated the mainstream media, according to Twitter user @MathewsNtanzi, since she first appeared on "All You Need is Love" and released early songs like "Qinisela."

The newest episode of Kelly Khumalo's reality series, "Life With Kelly Khumalo," is now streaming on Showmax. Khumalo shocked everyone by touching Meyiwa's family in the first episode. She said, "That family did not love Senzo. He was a cash cow. 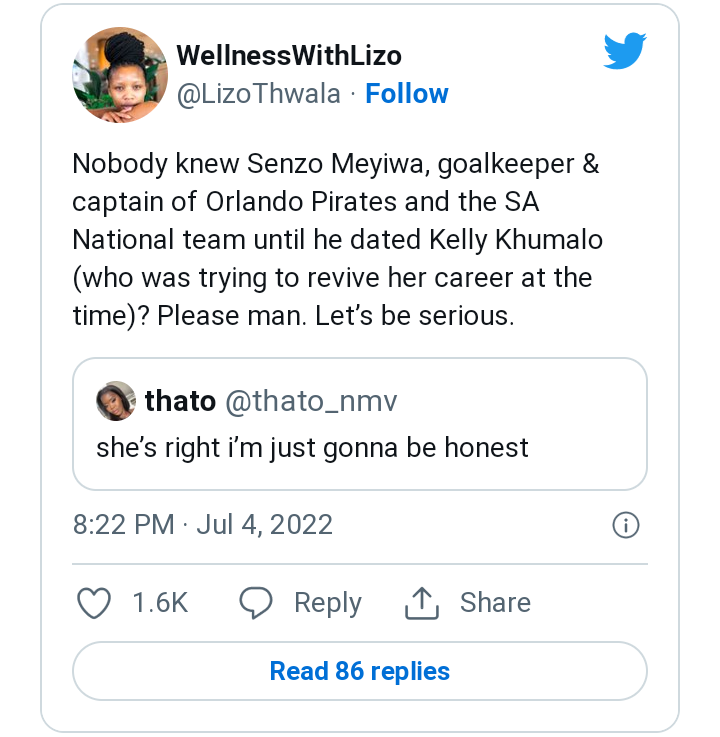 This is hardly the only instance in which the South African legal system has failed, she added. But for some reason, since Kelly Khumalo is involved, we want to make it odd, distinct, and something that has never occurred before.