Even though they don't have the same DNA, there is at least one South African celebrity for every person who has such a strong resemblance to them that you might easily mistake them for relatives.

A woman snapped a picture of herself drinking in the pub, and then she uploaded it to the internet. The photograph caused a lot of laughter among the commenters. People have pointed out that the only reason she took this picture was because she saw a woman who bore an uncanny resemblance to the South African actress Connie Ferguson. This was the only reason she took the picture, according to these people. It would appear that she is looking at herself in the mirror or even at her sister who is also a twin. 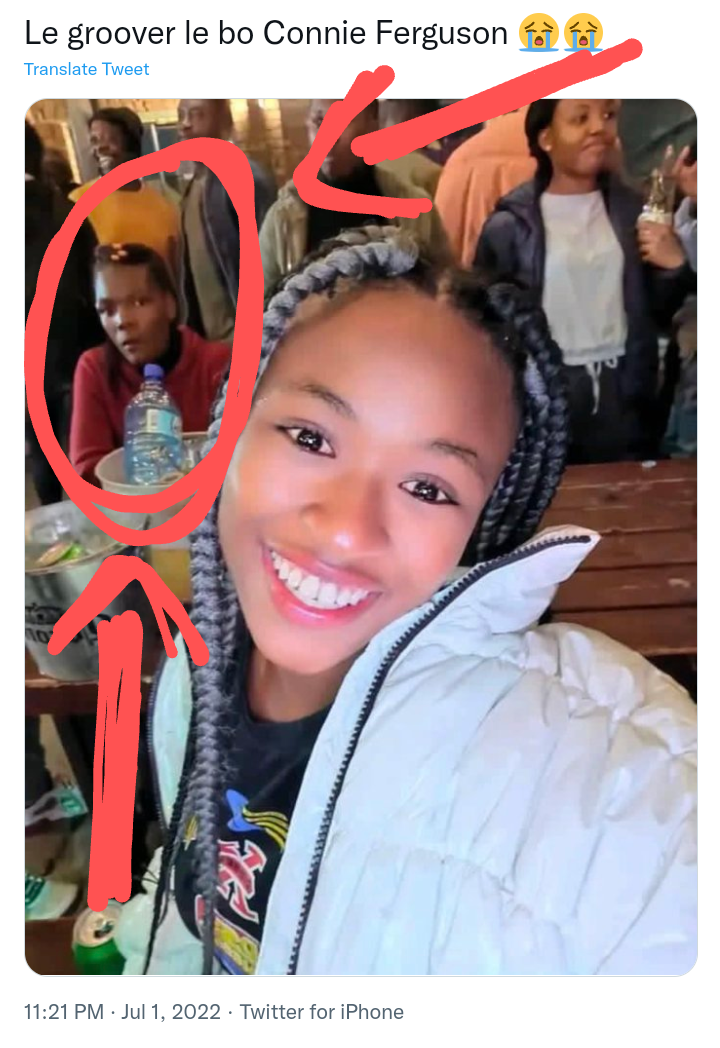 And I've been able to accumulate a respectable number of 222 retweets so far,