By HlengyD (self media writer) | 1 month ago

This year is not good for all of us as South Africans.

We have been losing our love ones through death now and then. Today we have received news that the former actor known as David Genaro in rhythm city, has just died.

family of actor Jamie Barlett confirmed his death on Monday 23 May. Barlett’s cause of death has not yet been revealed. He was 55 at the time of his death.

James Bartlett was a British-born in 1966 in South African actor best known for his role as the wicked puppet master, David Genaro, in Rhythm City and his theatre work.

went to school at St. Stithians Boys College in Johannesburg, Rondebosch High School in Cape Town, and Brynston High School. After completing high school, he studied speech and drama at the University of Cape Town.

Later, he did a post-graduate masterclass at Chrysalis Theatre Acting School in London.

Fans of Rhythm City are mourning the death of a South African actor name Jamie Bartlett who passes away a while ago.

It was just a sad news to receive such tragedy since during the weekend we were burying Deborah Fraser and many more TV stars has just passed away this year.

It's look as the entertainment industry is really covered by the dark cloud during these days which is really painful for this industry.

﻿We deeply passes our condolences to Bartlett family during this difficult time. 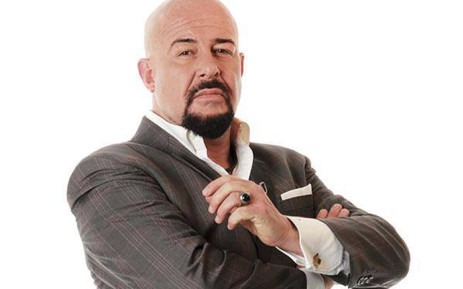 Content created and supplied by: HlengyD (via Opera News )

We can't blame him: Mzansi react to rumors that Kwesta cheated his wife with this new side chick