By Jikelele (self meida writer) | 1 months

Mfezemnyama has done a great job on his song titled 'Ama Cressida' featuring Blaq Diamond, though the song is not originally his but he has sampled Cabango kaHlongwane iNdlandlakazi. Before releasing this song Mfezemnyama has contacted Cabango and told him that he has remade this song and his is not maskandi but Trap Maskandi, but iNdlandlakazi seemed not to show any approval of this matter. 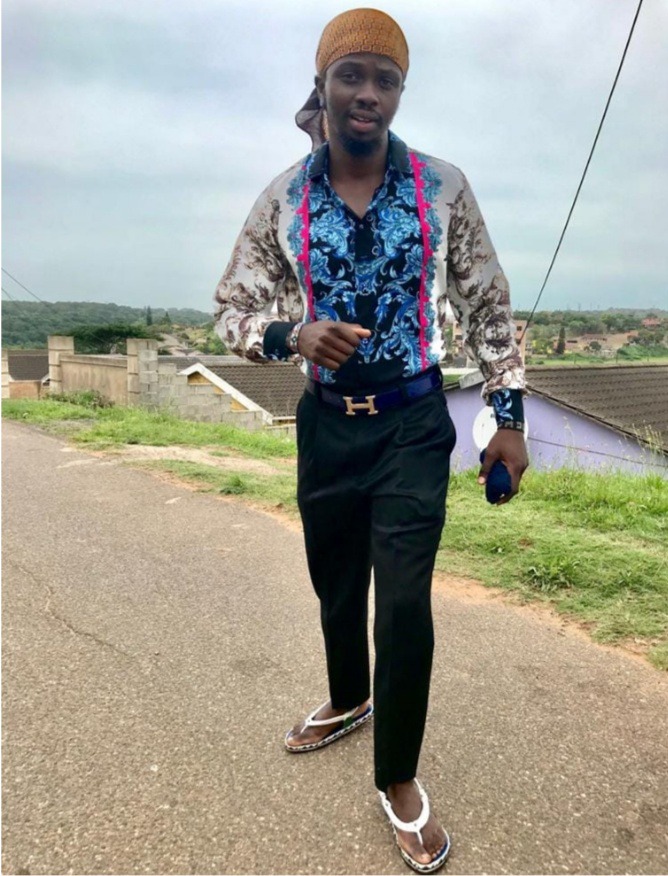 Mfezi continued begging Ka Hlongwane to allow him remake this song and offered him to be featured on this song so that he can say something as the original artist of the song, but Cabango as the person who sat down and wrote this song didn't seem to care about all of this as he say contributing In this won't help him with anything.

Mfezemnyama stated that he has sent the song to Hlongwane but he didn't respond. Mfezi says Cabango did not bother listening to his song. Cabango sent Mfezi an email telling him not to release the song because it's belongs to Kwa kwaHlongwane and not Kwa Khumalo. It seems as if Mfezi didn't read Hlongwane's email as he continued releasing the song though the owner disapproves.

'He called me and asked me to come to Gauteng so that I can be featured on the song. I told him that there are some papers that we need to sign before we can work and that he is using my content without my permission' stated Hlongwane

'Don't interfere with my work and then act as if I want something from you cause I want nothing from you. He called me again and mumbled, saying our song and that is when I got confused as to how he includes me in a song that I'm not featured on. I then asked him to send me an email or his email address because there are somethings that I need to talk to him about.'

'I have nothing against Blaq Diamond because I don't know them, but this man from Kwa Khumalo is showing rudeness towards me, taking me for granted and looking down on me. Khumalo my guy, if whenever you feel like music is not really your gift feel free to go job hunting. You can even go and look for a job at Kwa Gwaziphepha if you like because you haven't been producing good music lately. What you're doing is making me furious as you're doing it thinking I expect something from you. I have realised that you're used to the type of guys who want to be under you.