John Wick: 10 Hidden Things About The Main Character Everyone Missed

By Hot_Entertainment (self media writer) | 9 days ago

John Wick is one of the greatest action heroes ever. From behind the scenes facts to lore details, here's what fans missed about Keanu Reeves' icon. 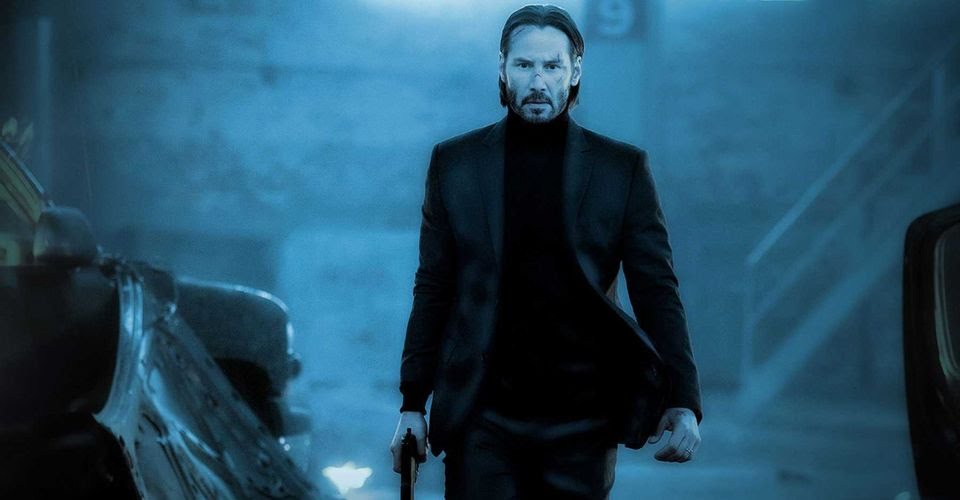 The John Wick series is considered the pinnacle of modern-day action films. Directed by Keanu Reeves's former stunt double for The Matrix and his partner, the film is helmed by Chad Stahelski and David Leitch.

Keanu Reeves leads the film with impressive action sequences and a variety of scenes ranging from complex and expert gunfights to good old-fashioned knife battles, and even pencil kills and sumo battles and a gruesome knife and ax battle in John Wick: Chapter 3, Parabellum. The films have been accepted and loved by all, especially action fans and film enthusiasts. But, some people missed quite a lot of things about John Wick.

Why Does Everyone Fear Him? 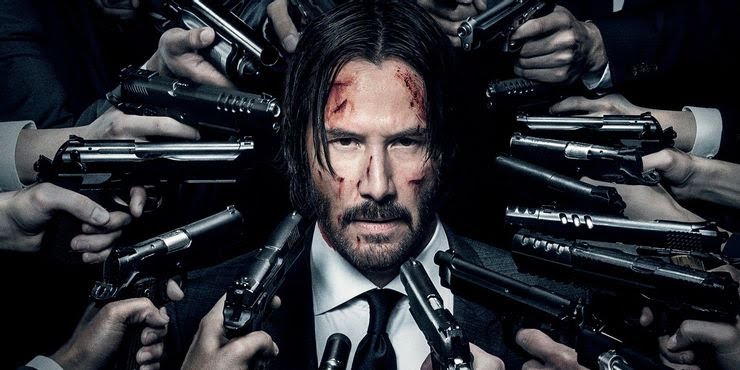 Everyone and this means EVERYONE wants to kill John Wick in the movies. He's always talked and mentioned in such supernatural words, making him seem like his title "Baba Yaga- The Boogeyman". He's already proved himself to be avoided as a force to be reckoned with, and the simple fact that no one has killed him yet is more than enough evidence for John Wick, the master assassin.

Greatness always comes with enemies and people who look up to one or fear one. All proving true in John's case, with him being mentioned like Voldermort, but not avoided like him.

But actually the main reason for his reputation is simply the fact, that he's never unarmed. The only way to kill an assassin is either have him wounded or unarmed. John is always armed, if not with a gun, then a book or a pencil. His enemies have simply realized that you can take John Wick away from the weapons, but you'll never take the weapons away from John Wick. 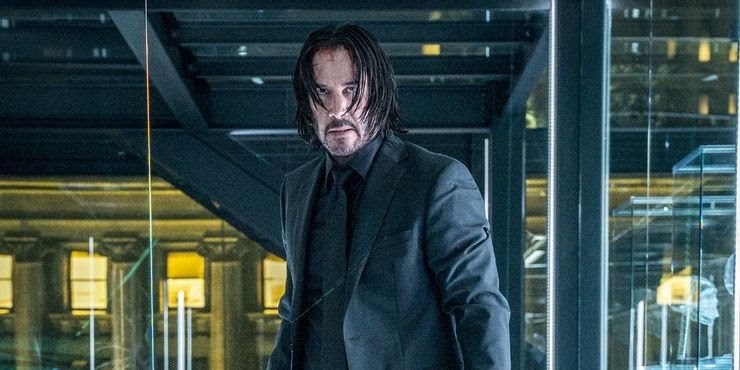 John is clearly skilled in the art of conflict and has received extraordinary training in gun skills and marksmanship, this is obviously very advanced and high-grade, and not something he would have just picked up from streets or even a local trainer. Thus, fans have speculated on the origin of his skills, which many believe to be military training.

In addition to his visible skills, a small moment in the film has led fans to believe it as proof to their speculations, with John wearing his watch inside the wrist rather than outside the wrist. This small detail has baffled fans for too long and now, as they feel they have their answer, John is simply ex-military, explaining his marksman skills and his watch turn.

What Was Wick's Original Age? 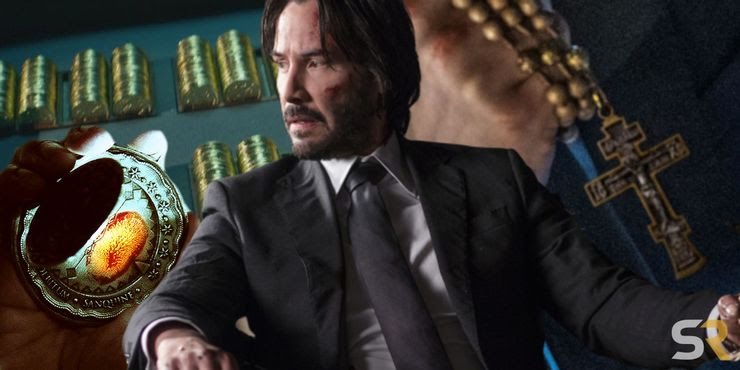 Directors revealed that the original inception of the idea of John Wick, relied upon John Wick, being at least 60 years old and an old man, giving the effect of experience and originality, yet, seeing Keanu Reeves, they changed their minds in a heartbeat, giving us one of the finest action pieces, in film ever made, and unforgettable for generations to come. 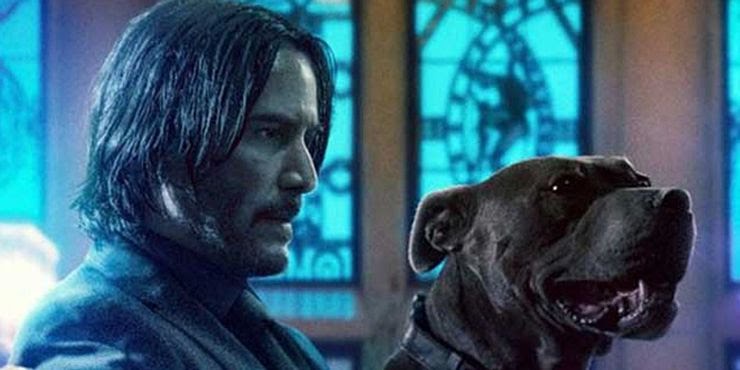 To perfect the scene, Keanu Reeves had bacon grease spread all over his body to attract his, now-late, dog Daisy to jump on him in bed, in the first movie.

The scene was proving to be tricky because the directors were having far too many problems getting that perfect reaction from the dog, and the timing, which was imperative to the scene' success and the very essence of it, which obviously worked, giving us a perfect dog-owner moment. 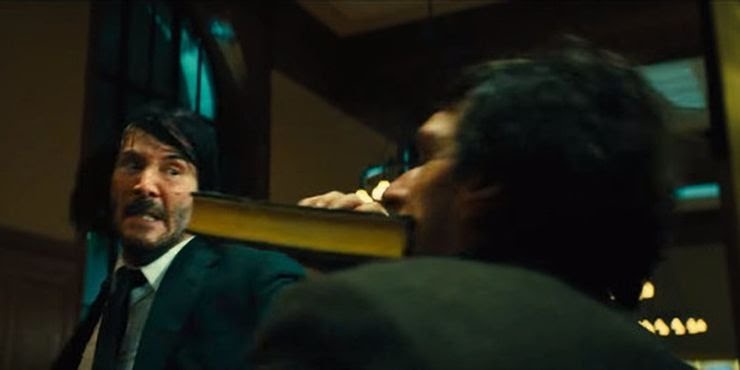 This is John Wick, who's killed guys with horses and pencils, so of course, in John Wick 3, John fights a rather large man in a library and kills him with a book, and the guy is noticeable because, in reality, he's a professional NBA player, Boban Marjanovic, a Serbian 76'er and now, a master assassin.

This fun cameo was very surprising towards people who know him, and his big-screen appearance remained somewhat ignored by many people, especially those not familiar with basketball and the NBA. 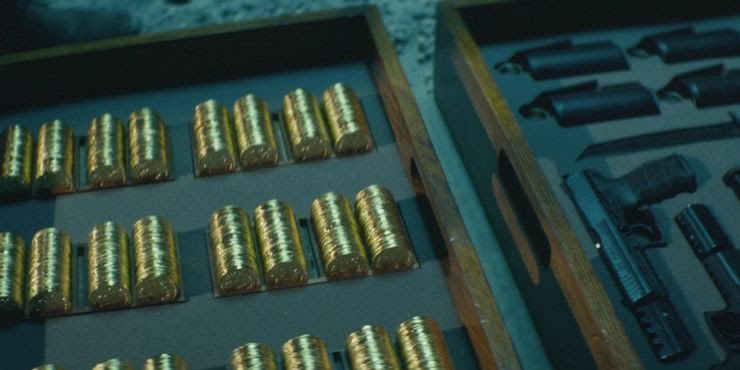 In the course of 3 movies, John Wick has killed a total number of, wait for it... 124 people with gunshots alone!

Yeah, 124!! Shifting his gun style depending on the situation and the opponent he faces, he adapts to the environment and quickly changes his fighting style altogether, thus being the reason for his 124 kills, without being killed, yet, at least. 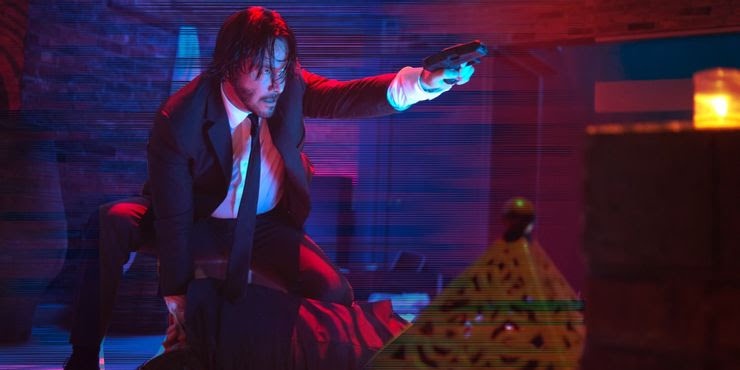 John Wick fights people in a nightclub, with stunning choreography and visuals. What you probably didn't know was that Keanu Reeves memorized the whole scene! and it gets better, THE DAY IT WAS FILMED!! Keanu is obviously a mastermind and an incredibly talented actor.

Memorizing a whole scene in a matter of hours is simply staggering.,

Kanu Had A 103 Fever While Shooting An Incredibly Intense Scene 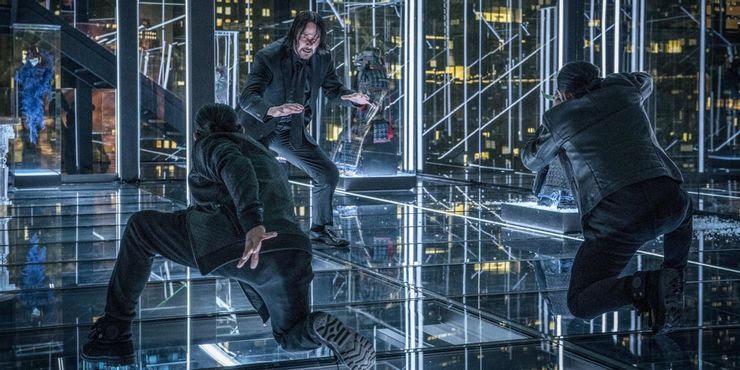 During the Director's cut of John Wick, the director revealed that Keanu had a 103 fever and was suffering an intense cold, yet he performed one of the most physically demanding and hardest scenes, effortlessly.

Keanu is considered one of the all-time greats in action film actors and proves his worth and his worthiness of the title. In the scene, John fights off against experts in hand-to-hand combat and wins, eventually, but not before being injured and beat up heavily, and now revealed, on a fever too. 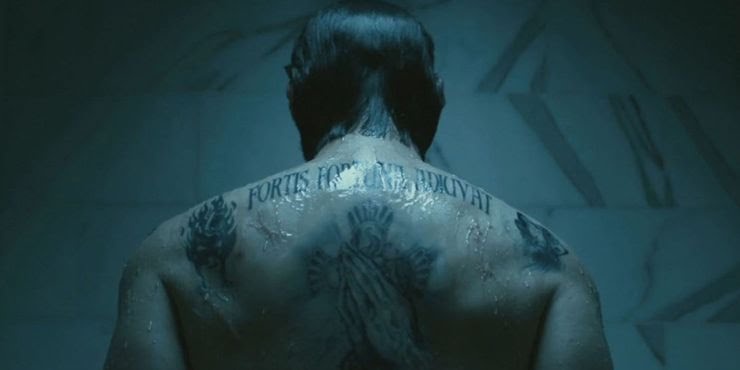 John has a tattoo on his back spelling something in Latin "Fortis Fortuna Adiuvat" translating literally to "Fortune Favours the bold." a famous term in literature. Many fans missed this fun little fact, thinking that the tattoo is just a bunch of random words in Latin meaning nothing, befuddled by the revelation that the actual tattoo translates to a common term used mostly on Instagram captions.

In a scene in John Wick 2, John is shown taking a shower giving viewers a look at his back tattoos and muscles, leading to this fun easter egg.

Keanu ISN'T In Every Scene 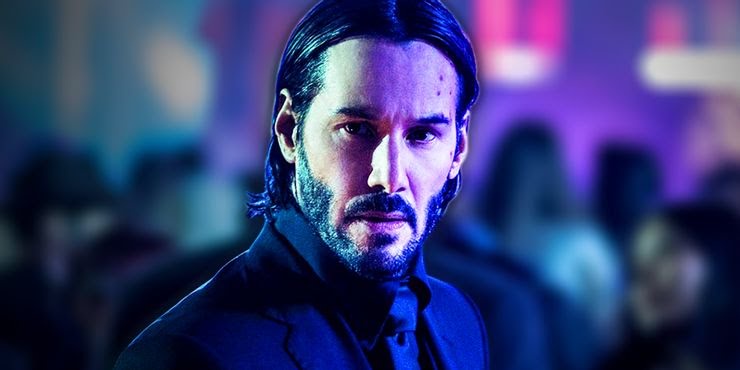 Although Reeves did a staggering 90% of all his stunts by himself, there were two scenes considered a little too dangerous for him, getting hit by a car and falling downstairs, for which stunt doubles were used as the scenes were considered a life-risk to Reeves performing it.

This was overlooked by many fans, who thought Reeves did all of his stunts, which are now proved wrong, with quite a surprising fact, but one that was surely necessary for the better.