By MrFunNews (self media writer) | 3 months ago 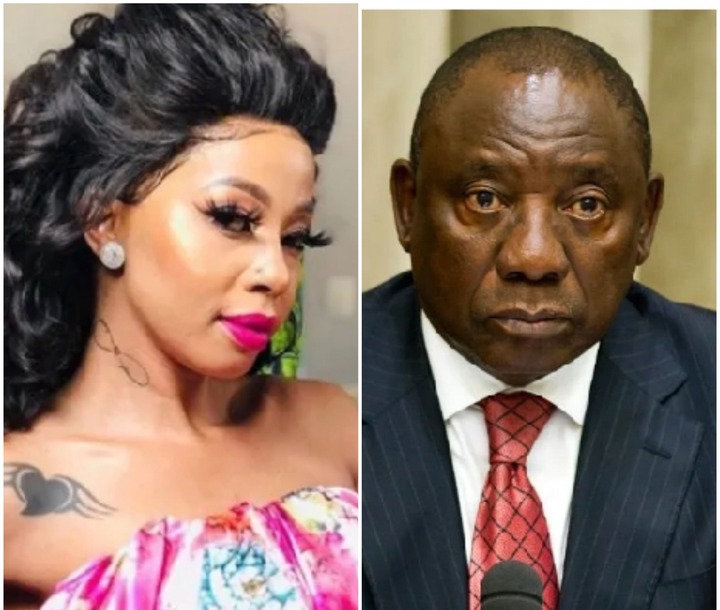 Singer Kelly Khumalo has not really been that vocal about a lot of things that are said about her or anything in general when it come to the world of social media, she has mostly been about her music and this was until she made a comment about how people would know the Ukhozi FM song of the year winner, DJ Hlo if they had DStv.

Clearly, people took offense to this, the story trended and it became a thing, what made things even worse is that, Kelly was the one who made the comment, people have made it their mission to try and mute her whenever they get an opportunity to do so. 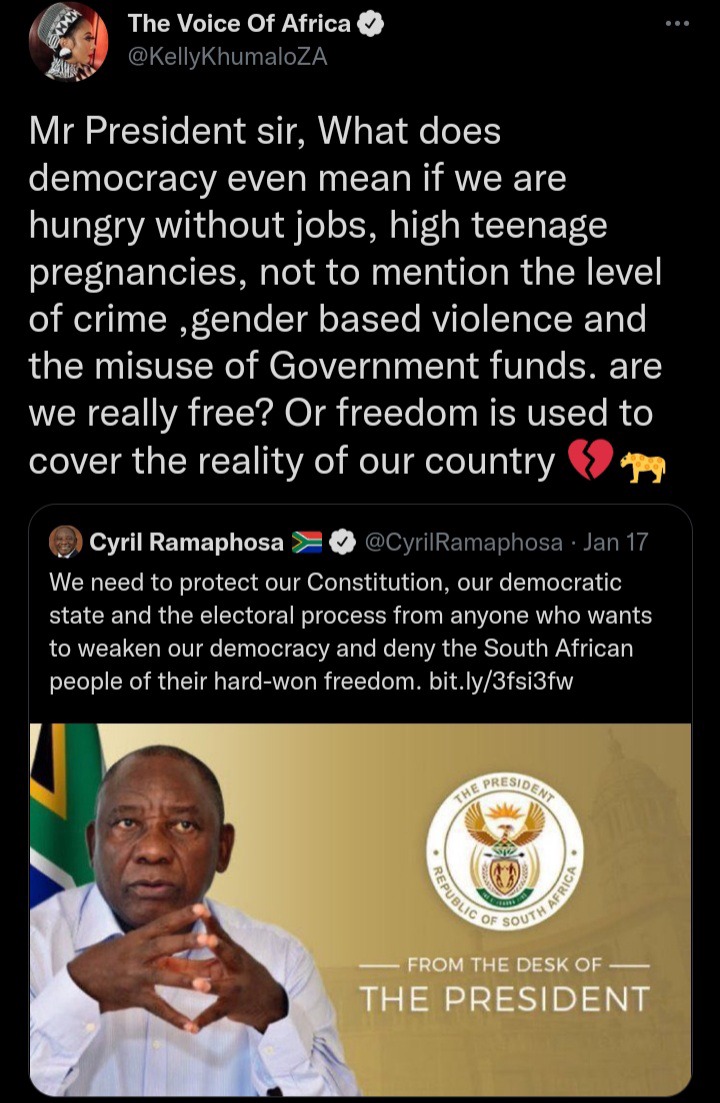 But, somehow, Kelly has continuously found a way to say whatever she wants to say, regardless of what anyone has to say, in many instances, people would bring up the Senzo Meyiwa situation.

And she would just keep her cool and not even respond to any of that, recently, she felt the need to say something about the state of the country right now. And in a way, this is the right of every citizen in South Africa, so she had a few questions for president Cyril Ramaphosa. 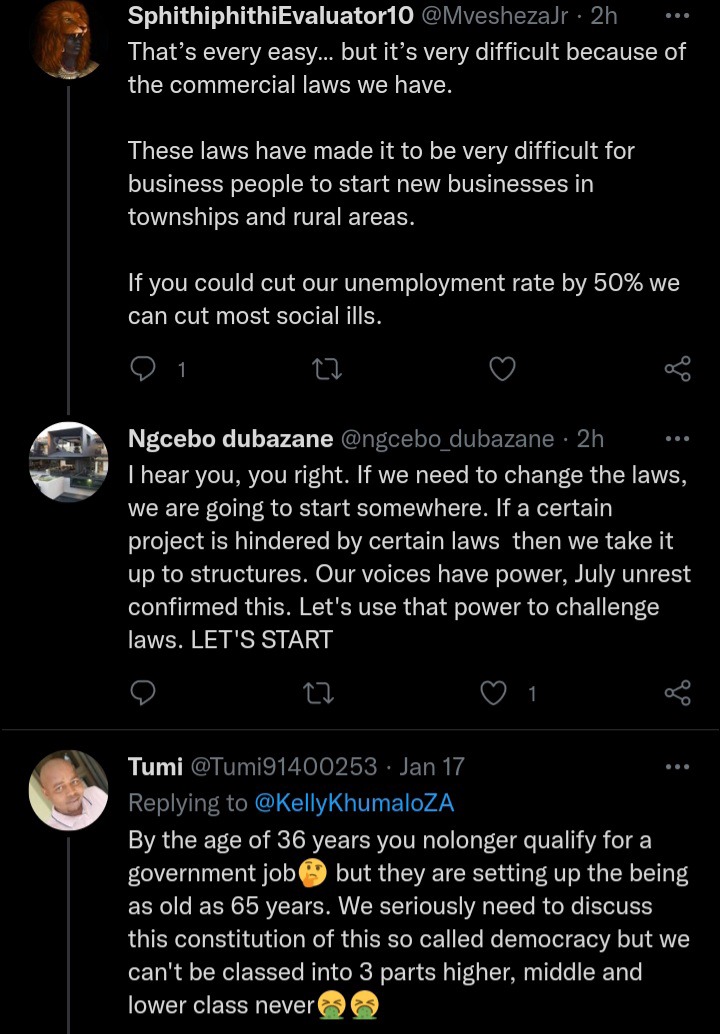 Ramaphosa, under his official Twitter account mentioned how the Constitution, democratic state and electoral process has to be protected from those who intend on weakening the country's democracy and deny the people of South Africa of their hard-won freedom.

And in the past, a lot of South Africans have mentioned how they are not free as the government always makes it seem. And Kelly shared these sentiments, she basically highlighted some of the realities poor black South Africans are faced with. 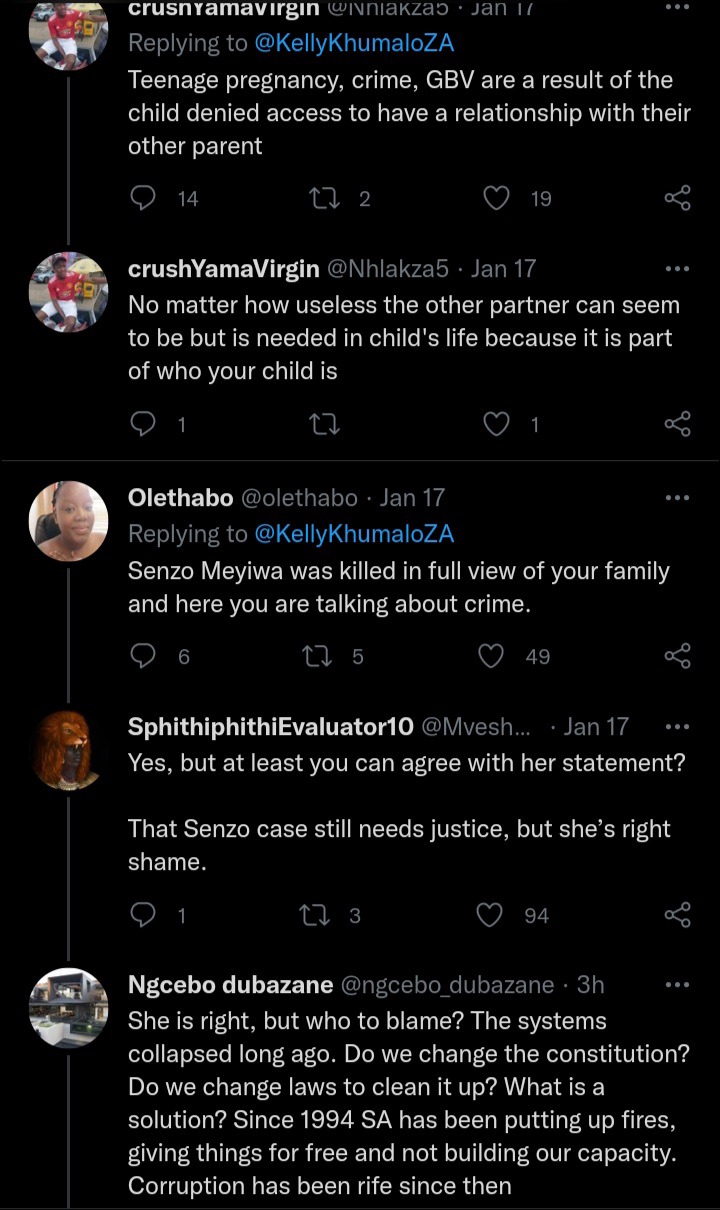 She wanted to know what democracy means if some of the promises that were made 28 years ago are still not fulfilled. There are still people who are unemployed, with no hope, whatsoever and this needed to brought up once more because people talk about this each and every day and it is a good thing that someone who has a following decided to speak out against a president that does not care about its people. That has to be appreciated, regardless of who the person is or what he or she is accused of. 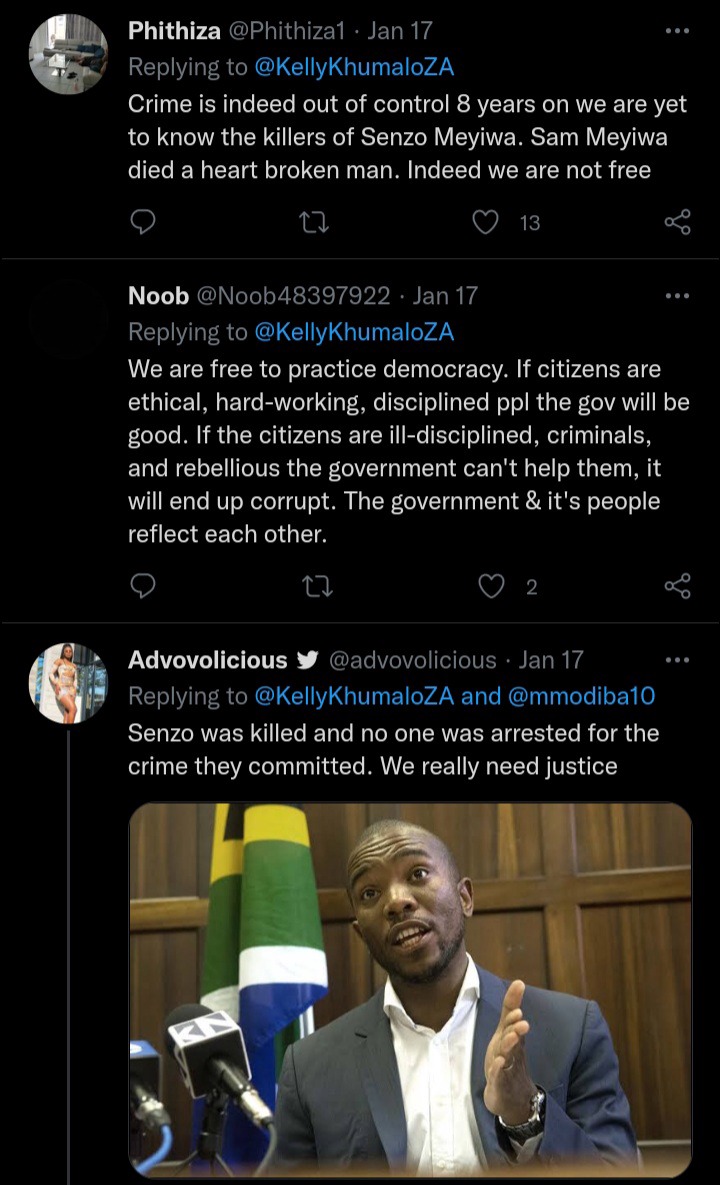 Now, people started dragging the late Senzo Meyiwa into the whole thing, they started asking Kelly what happened to him and it is always important to have a conversation about what could have happened to Meyiwa, but sometimes, it does seem unfair for this to be done to Kelly every time she says something on social media.

Before the fame: Master KG's tiny bedroom studio will bring you to tears

In pictures| here are the most beautiful SA celebrities.

MOHAU: These are the drinks I buy when I am at the groove. Check the comments about his lifestyle

Nadia Nakai celebrates her birthday with partner AKA. Check the pictures from her birthday