Conflict Between Igcokama Elisha And Khuzani Mpungose At An Event

By Jikelele (self meida writer) | 4 days

A stage performance disputed has led to famous maskandi artists attacking each other at an event. Igcokama Elisha heard that Khuzani was getting ready to get on stage at a maskandi event that was held at Ntandokazi Stadium, Melmoth.

This event was organised by Mabalengwe Ntombela with the aim to introduce an upcoming artist who goes by the name of Nkosi Yama Quality. When the show resumed, the host Ukhozi FM Presenter Zimdollar Biyela announced the line up of all the artists that would be performing. She then introduced them one by one on stage and then she asked the crowd if they're ready for Khuzani who was getting ready. 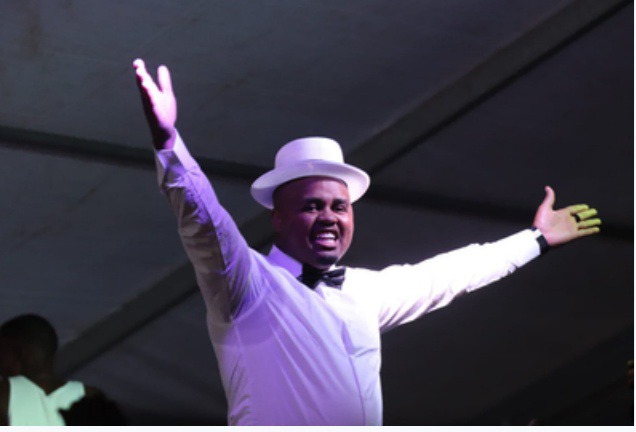 That is when Igcokama Elisha and his team came and two CDs were seen flying near the table where Khuzani and his team were standing. Khuzani's team caused chaos and said Igcokama cannot go on stage without his name being called.

Igcokama and his team were then seen dancing for other people's song instruments, people got confused. When Mthandeni saw that, he jumped on stage and raised his hands high like Gcabashe introducing himself to the people as Mgqumeni. Some fans booed at him, and that is when he gave up. He got into his car and drove off.

When the journalist called him and asked him if he has finished doing the job he was hired to do he responded by saying:

'I'm not worth R15 000 for a performance, that sum of money is for me to greet then leave which is exactly what I did' stated Mthandeni

Khuzani finally got on stage at last, Mabalengwe thanked him for being calm when the noise was happening. Khuba said he decides to stay calm and quiet because he respects the elders and event organisers otherwise this matter made him furious.

'I will not agree to be calm and let people play me around anymore, I will go in at the exact time that I was told to come at. Nothing more than that otherwise I pack my sacks and leave.' stated Khuzani

A Zimbabwean lady share her achievement that left people in disbelief

OPINION: The Government Must Allow All Those in Diaspora to Vote

AKA Released Another Heartbreaking Statement. (Photo)