Pray for King MisiZulu, He is Going through a lot

By NewsFlashMedia (self media writer) | 23 days ago

Exposed: Damming Allegations made against Zulu King MisiZulu, did he really do this?

Sexual predator, Drunk and Unruly, these are some of the names used to describe King MisiZulu KaZwelithini by those family.members who are opposed to him becoming the new AmaZulu King.

MisiZulu was announced King after the sudden passing of his father King Goodwill Zwelithini in March and his mother Mantombi Dlamini Zulu a month later in April. While King Goodwill succumbed to an illness, it is believed that his wife who was the regent Queen was poisoned by those who have their eyes on the throne. 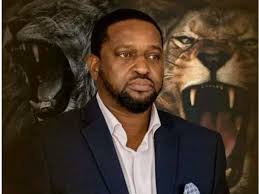 An expose has made the front page headlines on City Press and what has been said about him is not pretty for one to read.

One source claimed that the prince has had incestuous relationships with two of his family members.

“Misuzulu has been sexually involved with two of his close cousins, who bore him two children – and this isn’t a secret,” the source said.

Prince Misuzulu is legally married to Ntokozo Mayisela, who has two sons, aged nine and three, with him. 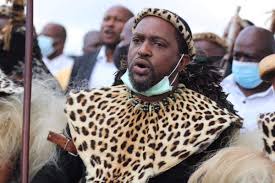 Misuzulu has been sexually involved with two of his close cousins, who bore him two children – and this isn’t a secret

He also allegedly has a daughter with one of his cousins and a son with another cousin.

In addition, he allegedly fathered a son and a daughter with his late mother’s domestic helper.

“We really can’t have someone like this at the forefront, upholding the morals of our Zulu nation,” said the source.

Meanwhile the advisor to the Presidency, Prince Mangosuthu Buthelezi has supported MisiZulu since the passing of his parents to take charge of the throne, although there have been reports of him missing important family commitments due to being drunk and hosting some of his famous friends at the luxury Beverly Hills Hotel in Durban. Duduzane Zuma is believed to be one of his close friends.