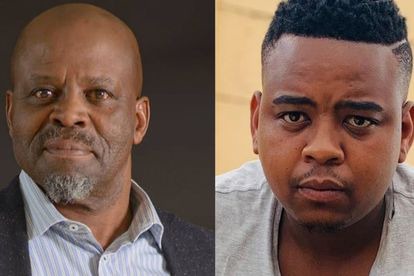 A lot has happened this two weeks and has got Mzansi talking, worse part it left the country divided but people do not know exactly what happened that led the veteran actor in taking his life.

On Saturday, Mzansi Celebrity News reported that former Generations actor, Patrick Shai has died. At that time, there were only allegations of what caused his death. The family released a short statement confirming his death but did not reveal the details.

It was revealed in a report by the police which stated that Shai's body was found hanging at the garage by his wife and the law enforcement officers were called in.

Before Patrick took his wife, he made a viral video which he insulted Cassper Nyovest and his mother in it.

While some people saw it as a joke, to many, it was not a joke as they called Patrick in order. He apologized later but ended up taking his life as he could not bear what social media said to and about him.

Well, his son,was also amongst those who were not impressed with his stunt. He took to social media and slammed him for that post.

In a now deleted post, Kopano said that his father's videos were an embarrassment to him and his family. He wrote this:

You may have seen the vidoes of my father going viral. I understand the impact it has on him as a brand, equally on myself as an established brand.

His actions of carelessness and selfishness has put myself and my family under a compromising position. The embarrassment is severe to the point of no expression. I'm at the point where I ask myself "what will happen to the doors I'm knocking?".

To some of you, it may be funny but to some of you understand the severity of pain and embarrassment my family is in.

Clearly, his family was very much broken for that video of which Patrick was pulling a stunt in it.

Interesting: here are your favourite SA celebs you did not know are twins