Mzansi is in mourning today after news of Khuli Roberts' death spread across social media platforms. Her cousin confirmed that the bubbly media personality died on Wednesday night. 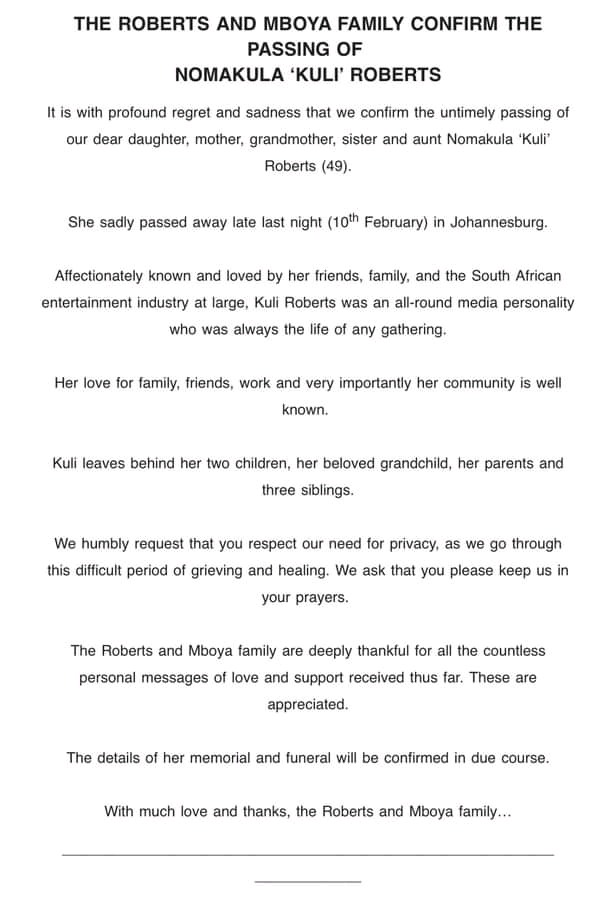 Roberts' cousin, actor Nyaniso Bhengu, announced her death on Thursday morning, but requested time to speak with the family. Despite the fact that her family has made a statement confirming her death, Mzansi is still reeling. 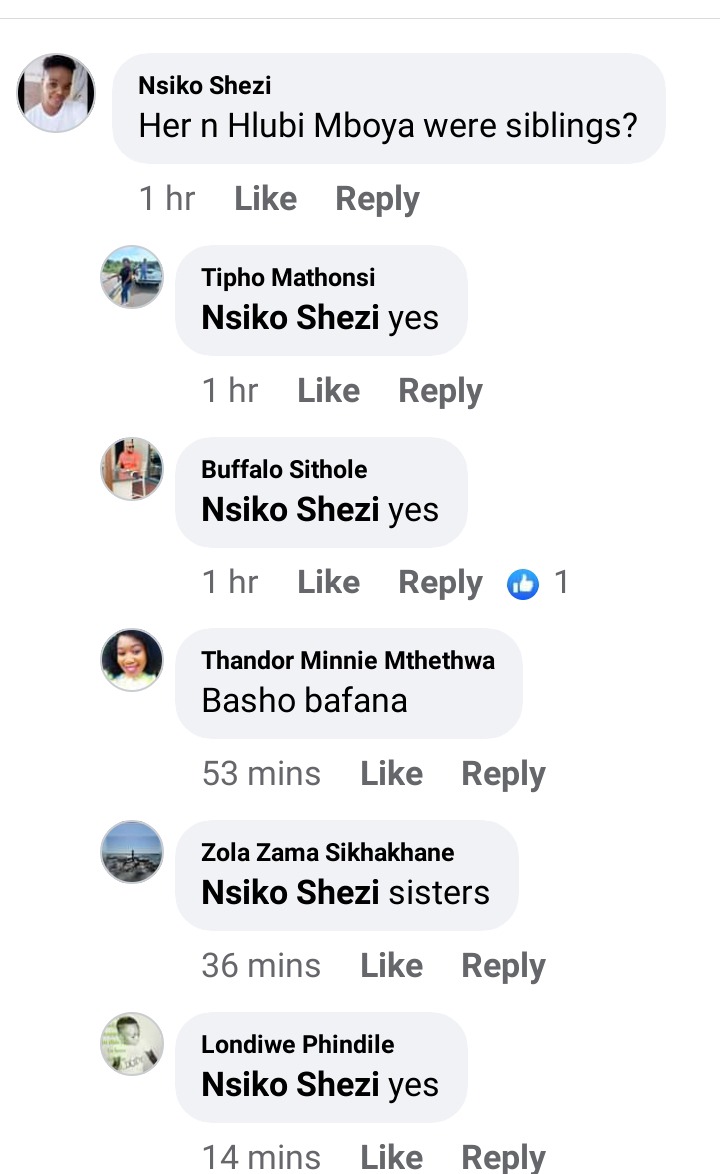 Roberts was in the spotlight after she was fired from the newspaper late last year after being named as a councillor candidate for the African Transformation Movement, which she later dropped. 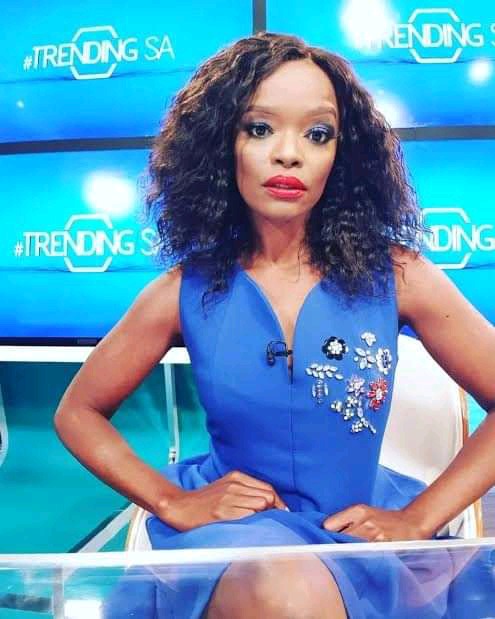 Her career took off when she was cast as a co-host and entertainment news correspondent alongside Phat Joe on SABC1's gossip show Real Goboza. She later joined Nina Hastie and Dr Musa Mthombeni on the SABC3 talk show Trending SA as one of the four hosts. 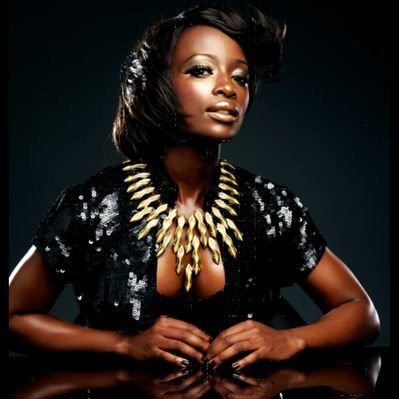 She was a mother, sister, and wife who left two children and grandchildren behind.People were horrified to learn that the news was true when her family released a statement a few hours ago.

Hlubi and Khuli were sisters, which many people were unaware of. It turns out that some individuals only find out today, after the family has released statements confirming Khuli Roberts' death. 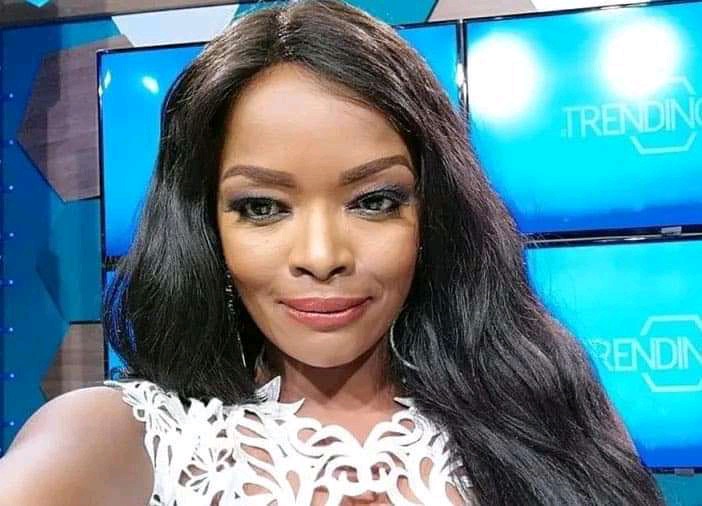 After her death was confirmed by a statement written by her family and her in-laws' family members, several were shocked to hear that she was the sister of another well-known celebrity known as Hlubi Mboya.Some of her fans were unaware that the two were siblings, and they only found out recently that she is no longer alive. 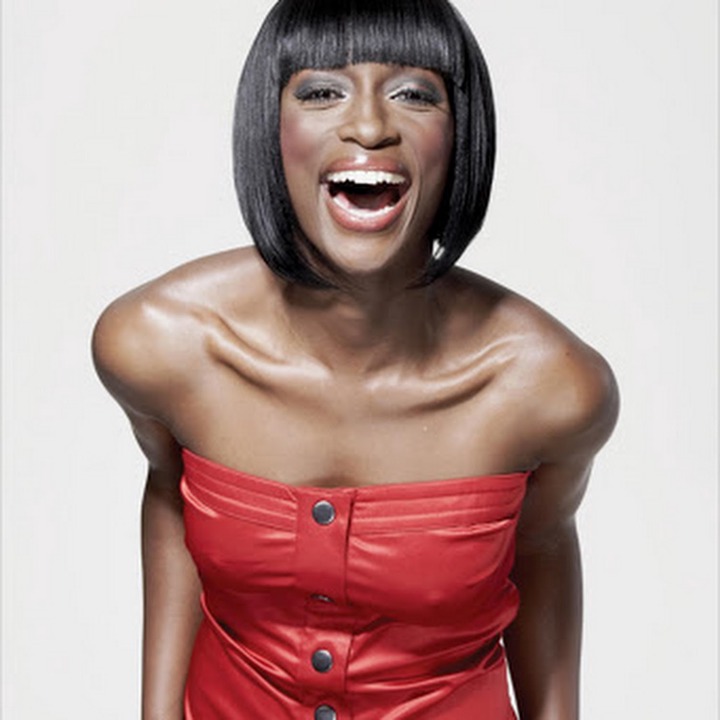 Hlubi Mboya is an actress who appeared on Isidingo a few years ago. Both of the Mboya sisters were in the spotlight, it's unfortunately that they have noticed that now , some in the entertainment industry were unaware that they were siblings. 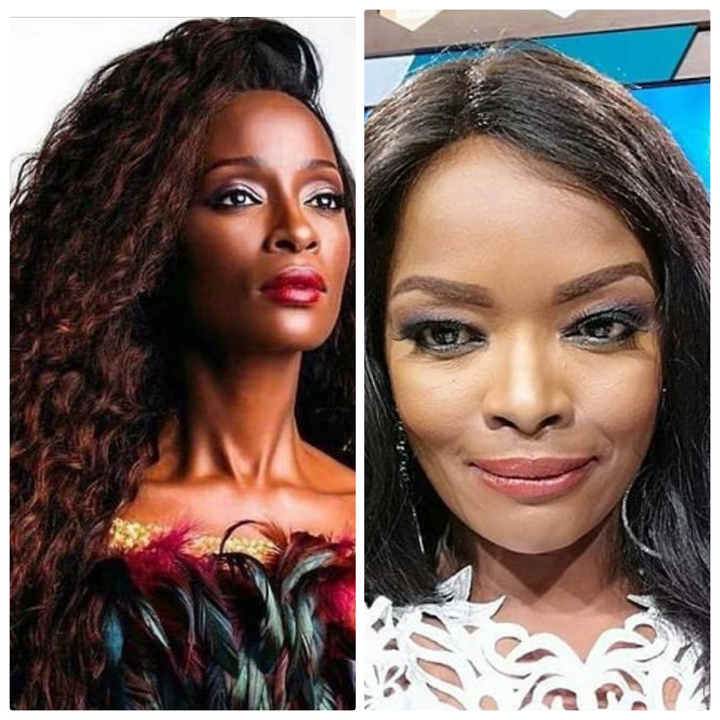 Some are noticing this now, while others are proving it by the structural similarities they had between the two of them. Hlubi is no longer as well-known in the public, and we believe she is busy with other side jobs, as celebrities are known to not rely on one job to put food on the table.