By DailyBuzz (self meida writer) | 1 months

South Africans were in shock recently after Babes Wodumo did an interview with MacG on his YouTube Podcast called Podcast and Chill with MacG. 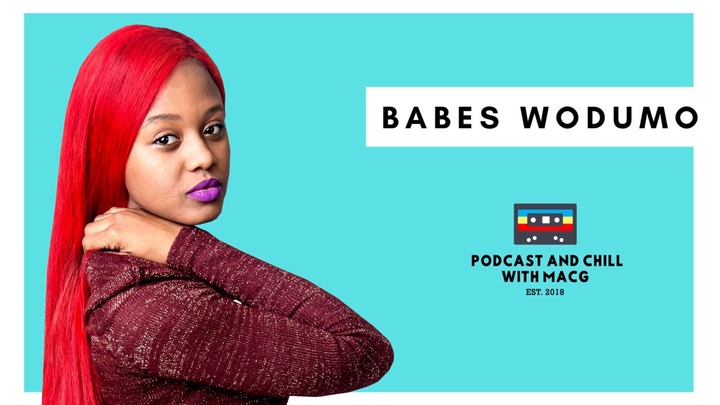 During the interview, Babes was quite open to the questions that MacG asked her, but fans and everyone else could not help but notice and speculate that Babes is still in an abusive relationship.

This comes after Babes Wodumo’s phone was constantly ringing during the interview, and as obvious as it was Mampintsha was the one calling. Almost every 20 minutes, Babes’ phone rang. This was unusual because Mampintsha definitely knew that Babes was in an interview, but he still called to make sure.

When the phone first rang, Babes, told Mampintsha that she was busy with an interview. She also admitted to MacG that the Big Nuz member constantly calls and wants to know where she is as well as what she is doing. "Baby I am still being interviewed, you will see on your WhatsApp", Babes told Mampintsha as he called her during the interview. 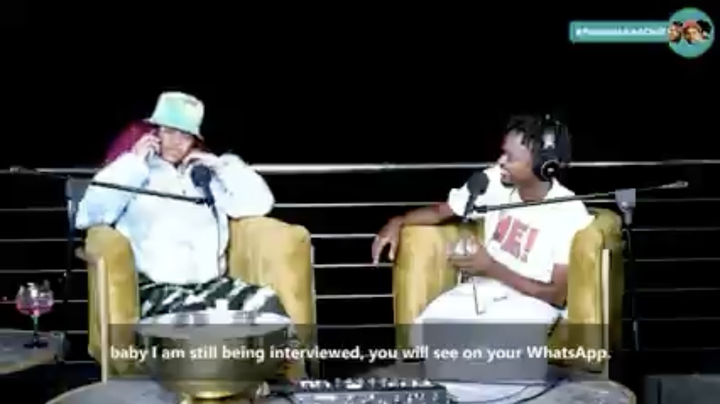 This behavior of Mampintsha calling Babes while she was in an interview raised fans' eyebrows. Many people on Twitter were worried about if Babes Wodumo is okay and had a lot to say about what they had seen in the interview.

“Babes Wodumo’s interview was beautiful, I enjoyed it. While Mampintsha calling every after 20 mins really disturbed me thou, it’s a classic example of an insecure partner. She had to take a video as proof that she was in an interview!” 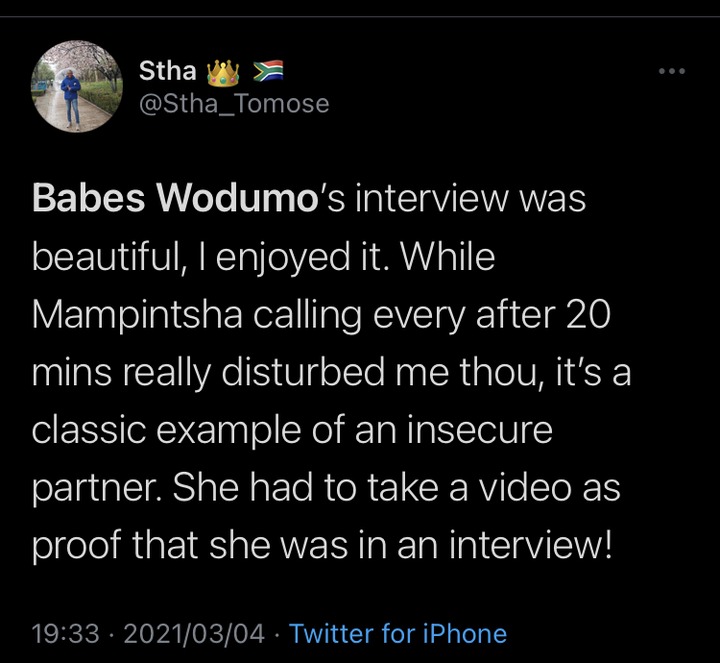 “Mampintsha calling every 20 minutes is a classic example of an abusive partner. As if us watching him abuse Babes Wodumo wasn't enough” @LegendaryMusman

Zamalek leads 2-0 to extend gap between them and Al Ahly.(Opinion)

Twitter Accused Rhythm City for Giving Mihlali a Role to Increase Views but her Fans are Happy.

Kabza de Small Photos That Will Leave Your Jaws Dropped