The Queen's star got married again

By Mzansicelebritynews (self media writer) | 27 days ago 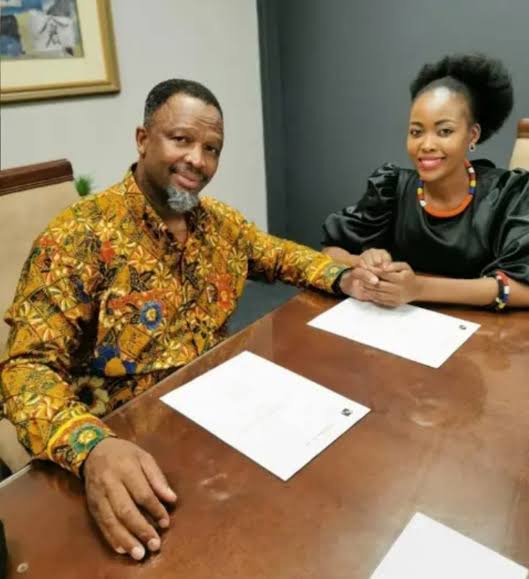 Johannesburg- Congratulations are in order for former The Queen's actor as he is now married. The veteran actor is officially off the market.

He did not waste time after he met the love of his life, he decided to put a ring on it to show how serious he is about her.

It has not been long since Sello Maake ka Ncube got engaged to his young bride, Pearl Mbewe and now they are married.

The two have been together for more than a year and they shocked the nation when they come out in public about their love. Despite their huge age gap but they maintained how they love each other. Maake ka Ncube was so happy to have finally met the love of his life when he had thought he was going to grown old alone. 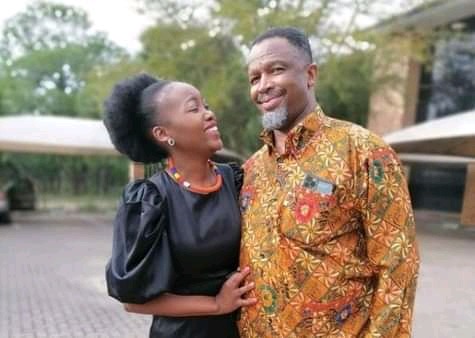 The two got married in a civil union with only the two of them and two other witnesses.

Taking to Instagram, Sello revealed that they are now sealing a different kind of deal. An "until death do us part"kind.

Mbewe also happens to be the brand manager of Sello.

This is the caption he posted when they were at the airport jetting to their honeymoon:

“We seal deals together but this time we sealed ourselves to one another! May God bless this union! This love feels so right and we doing this against all odds," an elated Sello shared. I'll never let her go nor disappoint her," Sello shared in the post.

The two faced issues prior to their marriage when Sello's exes and baby mother's tried to stop his marriage but Pearl stood by his side and now they have officially sealed the marriage deal.

Pearl took to her socials to thank those women and stated that what they did actually built their relationship strong and now they are living it well.

The two are enjoying their holiday at Zanzibar and having the time of their lives.