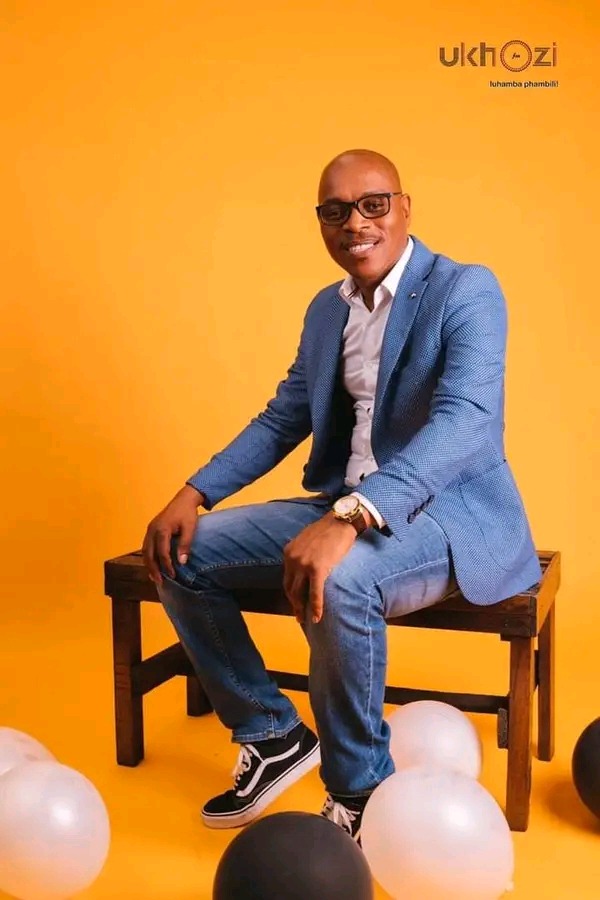 After a long time of being suspended, SABC's leading radio station, Ukhozi FM has finally fired the top presenter who has been with the station for many years.

Radio presenters knows very well that they are bound to present themselves in a certain way that is fit and any action they are doing which brings the station to dispute will lead them to be fired.

We have seen many radio presenters being fired from radio because of their misconduct yet there are some who are still doing it.

A while ago, four Ukhozi FM personalities had been suspended and three of them has since returned to work but one of them still had not made a return.

Now,the road has come to an end for Sbu Buthelezi and Ukhozi FM, as it was confirmed by the public broadcaster, SABC in a statement on Wednesday.

The statement stated that Sbu has been fired following an investigation on the allegations relating to his business dealings which has brought the station to disrepute. 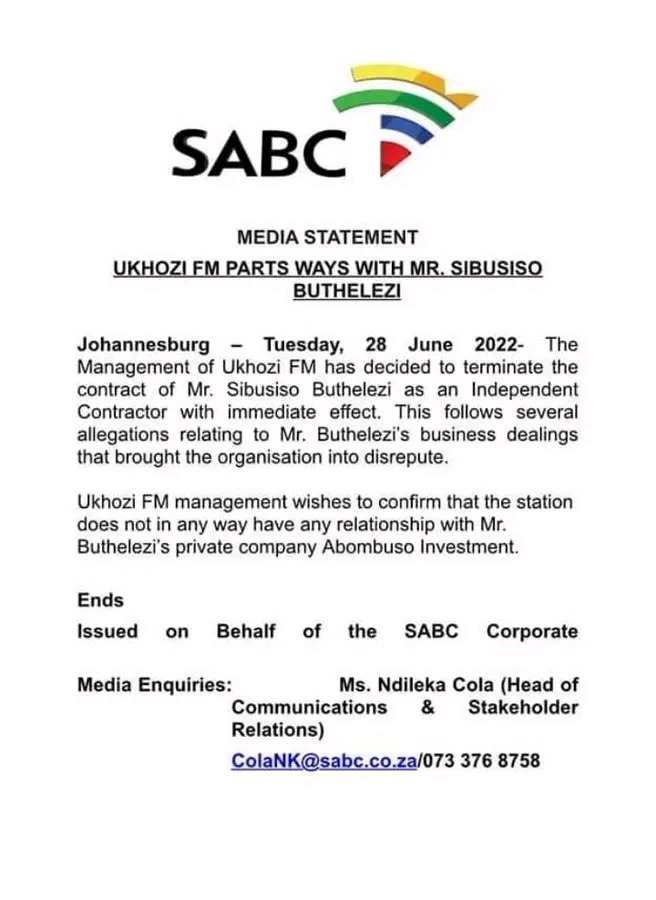 Apparently, the company, Abombuso Investment which belongs to Buthelezi is a scam and has scammed many listeners.

For such, the SABC had to take decisive action and suspended Buthelezi while they launched an investigation into the matter which has been finalised now and found Buthelezi guilty.

The SABC distances themselves from Buthelezi's private company dealings and stated that they have nothing to do with it.

Listeners of Ukhozi FM took to social media to convey their disappointment and sadness over the news about their favourite presenter. Buthelezi has also said nothing about the matter and his retrenchment from the station. It is also not clear who will now be doing his gospel show that airs Sundays between 09:00 to 12:00 as it is over for him.