Muzi Mthabela Joins The Cast Of Imbewu : The Seed

The award winning drama series Imbewu: The Seed have recruited more top talent to join the cast as it tries to keep its audience interested.

Imbewu follows the lives of the Bhengu family who have been keeping deep secrets from one another and turmoil that is never ending.

In June, Imbewu gained over 3.4 million viewership and it became one of the most watched and loved e.tv programs. 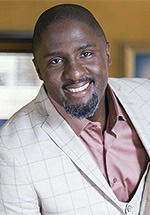 Muzi Mthabela who recently left Isibaya will be coming along with two new faces. Former Muvhango and Uzalo actress Phindile Gwala is one of them.

The other new cast member is the former Generations the Legacy and the Queen actress Brenda Mhlongo. She will portray the role of Ka-Madonsela which was previously played by Fundiswa Zwane.

Born in Eshowe in KwaZulu-Natal and raised in Clermont and eMandeni, Muzi moved to Johannesburg in 1999 to pursue a career in entertainment.

Aside from his role on Isibaya, Muzi has guest starred and recurred on numerous television series including Jacob's Cross, Dream World, The Road, Sokhulu & Partners, Ashes to Ashes, Saints and Sinners, Loxion Lyric and Tempy Pushas.