Before she was the Christmas queen, Mariah Carey sang backing vocals for Brenda K. Starr. 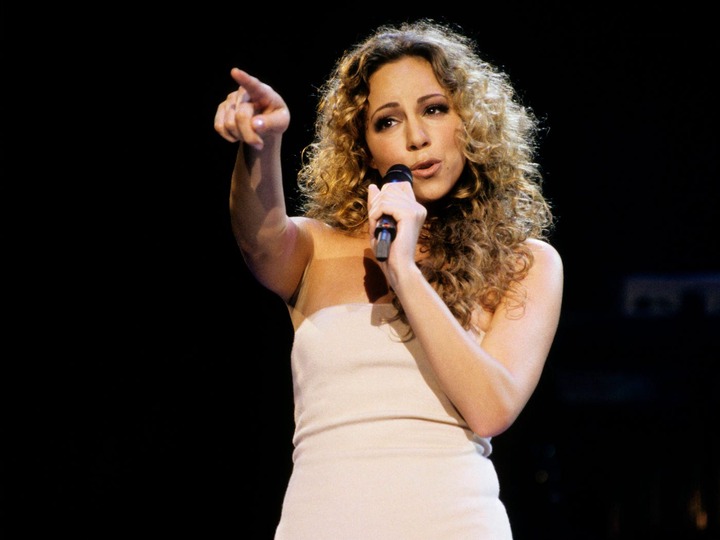 Mariah Carey obtained a job singing background vocals for the '80s pop and R&B star after studying cosmetology and working as a waitress. According to New Jersey 105.1, it was Starr who presented Carey's demo to then-chairman and CEO of Sony Music Entertainment Tommy Mottola (Carey's first husband), initiating her superstar career. 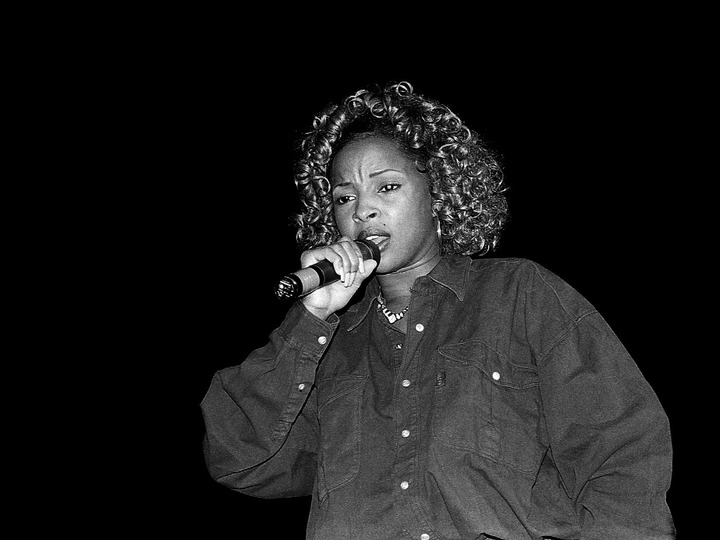 According to NBC, Blige got on the radar of Uptown Records after some executives heard a cassette tape of the 17-year-old singing a karaoke version of Anita Baker's "Caught Up in the Rapture." She was hired as a backup vocalist by the label right away, and her first credit was on the song "I'll Do 4 U" by '80s rapper Father MC.

Until the release of her genre-defining first album "What's the 411?" in 1992, Blige provided background vocals on innumerable artists' recordings, paving the road for her to become the "Queen of Hip-Hop" we know today. 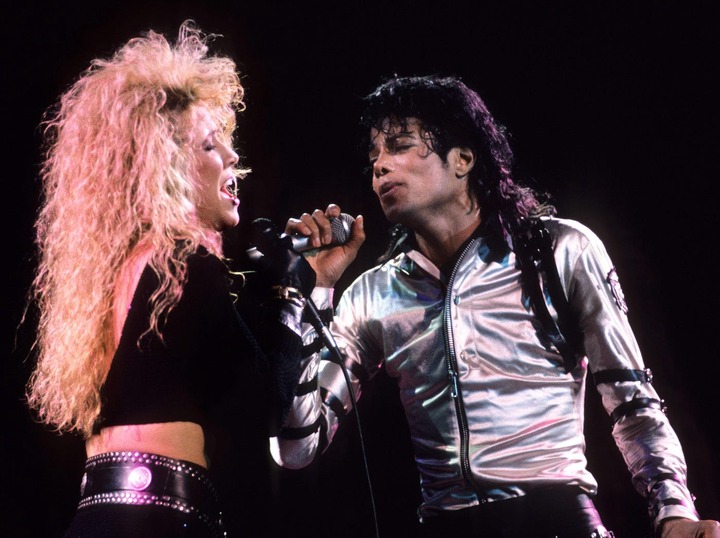 Sheryl Crow appeared in the music video for "Dirty Diana" and sang backup vocals for Michael Jackson on his Bad tour in the late 1980s - just look at that hair!

Crow told the Telegraph in 2019 that she didn't watch the documentary "Finding Neverland," which focused on two men who allege Jackson sexually assaulted them as minors, but said she observed things on tour with the singer that made her uneasy.

Crow told the Telegraph, "I haven't seen the documentary and I don't want to see it." "I was around for some unusual occurrences that piqued my interest, and I had a lot of questions."

Luther Vandross has one of the most impressive resumes among backup vocalists. 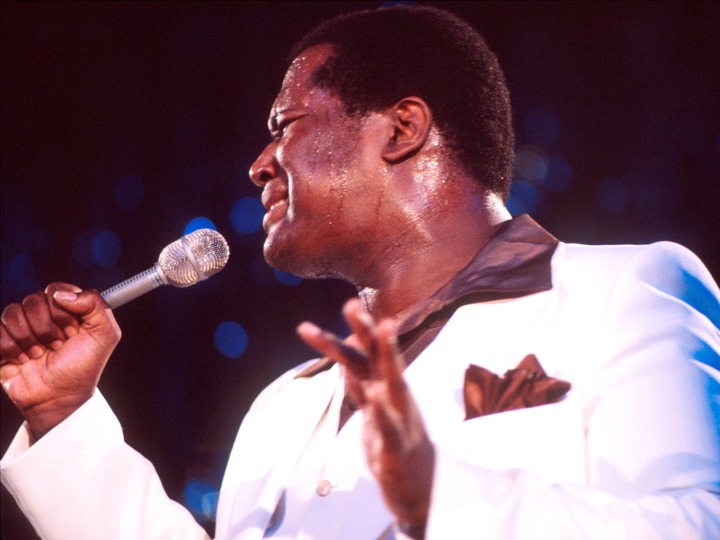 In the 1970s, Vandross was the go-to guy for singers like David Bowie, Bette Midler, Chic, and Ringo Starr who sought to give their harmonies a soulful edge. His guttural soul crooning eventually provided him the platform to go solo, and he went on to have chart-topping hits like "Dance With My Father" and "Power of Love."

Gwen Stefani started as No Doubt's backup singer before switching to lead vocals. 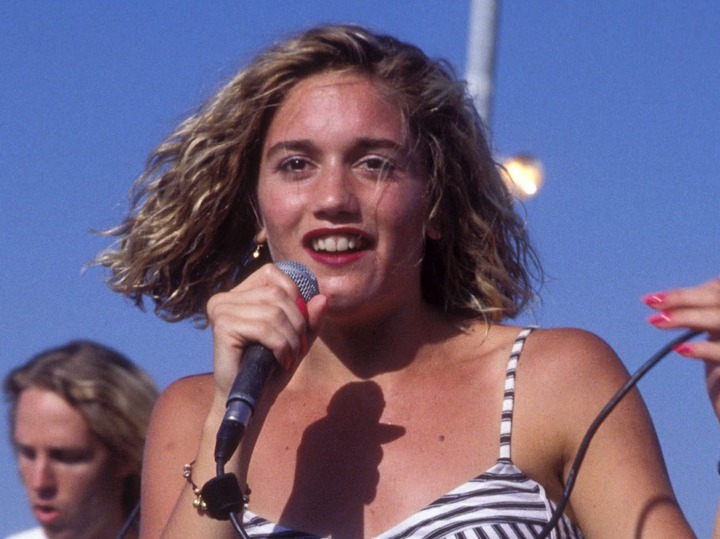 In 1986, Stefani's older brother Eric formed No Doubt with his friend John Spence. Stefani began singing backup vocals for the band before taking over as lead vocalist in 1987, after Spence tragically died by suicide. Stefani cemented her reputation as one of punk rock's greatest singers.

Katy Perry launched her musical career as a backup singer for a Christian metal band. 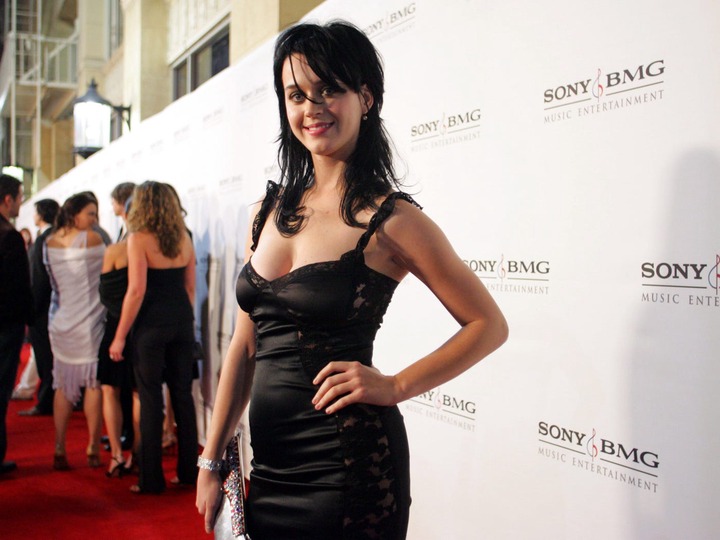 Yes, you read that correctly. Perry provided backup vocals for the Christian metal band P.O.D. in 2005, when she was known as Katy Hudson. According to HuffPost, she was featured on the song "Goodbye for Now," participated in the music video for the song, and even sang it live with the group on "The Tonight Show with Jay Leno."

Thanks to Kanye West, John Legend broke into the music scene as a backing vocalist. 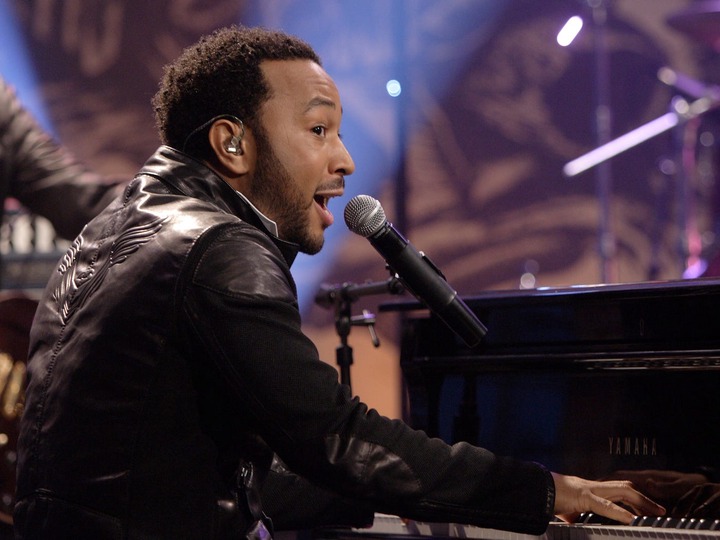 Legend traveled to New York City after graduating from the University of Pennsylvania in 1999, where he eventually met West in 2001. According to Encyclopedia Britannica, Legend began performing backing vocals and contributing piano to musicians such as Alicia Keys, Talib Kweli, and the Black Eyed Peas through the rapper.

Legend aided West in the creation of his 2004 hit album "College Dropout," and the rapper soon established his own record label, G.O.O.D. Records, with Sony Music. Legend's "Get Lifted" was West's first album, and the rest is history.

Before Sonny and Cher took the world by storm, Cher contributed backing vocals to many of Phil Spector's songs 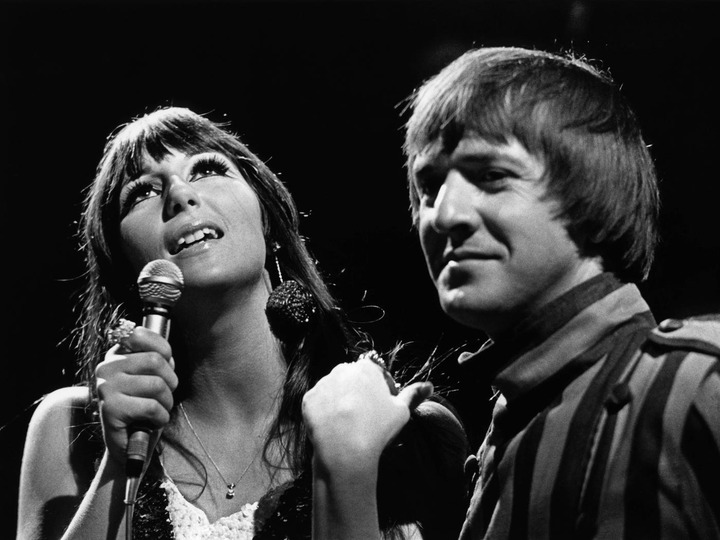 Cher and Sonny Bono both worked for Phil Spector before performing together or marrying. Initially, the record producer and songwriter had Cher singing backup vocals for a number of artists with whom he collaborated.

The Crystals' "Da Do Ron Ron," the Ronettes' "Be My Baby," and the Righteous Brothers' "You've Lost That Lovin' Feeling" are among Cher's support tracks. 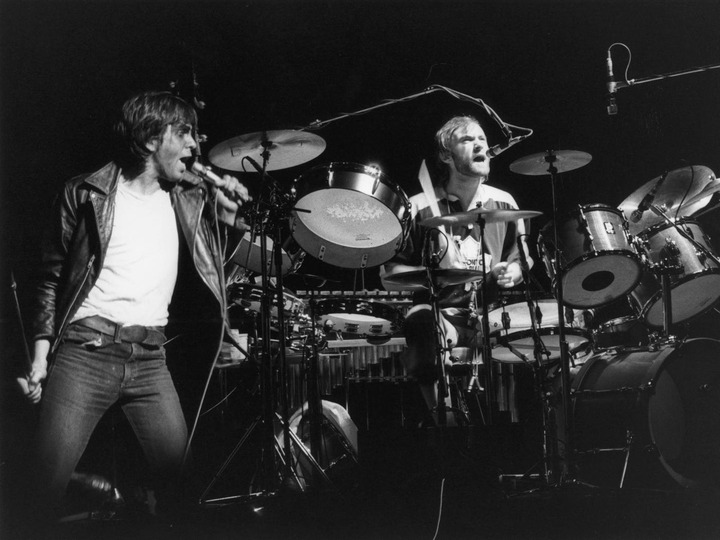 Phil Collins is well known for his 1980s megahits "In the Air Tonight" and "Sussudio." Before going solo, Collins was a member of the Genesis band, where he drummed and provided backup vocals.

Collins filled in for founding singer Peter Gabriel until he quit Genesis in late 1975 after performing "The Lamb Lies Down On Broadway." Collins moved from behind the kit to the front of the stage after Gabriel's departure, proving he could hold his own as a lead singer and becoming famed for his tambourine dance.

Keri Hilson sang background vocals for singers like Usher and Ciara before becoming a Grammy Award-nominated artist in her own right. 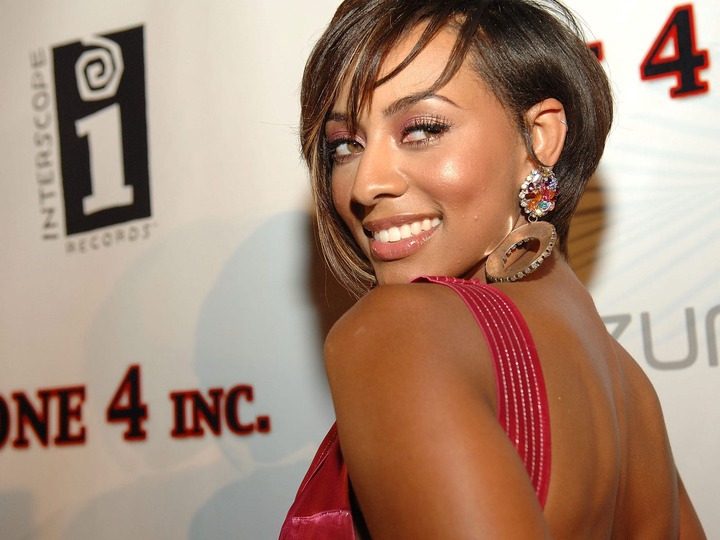 According to Allmusic, Hilson delivered backing vocals or penned songs for a variety of musicians, including Usher, Ludacris, Kelly Rowland, and Ciara, during her time working with producer Anthony Dent (Destiny's Child, Diddy).

After working with Dent, Hilson went on to work with Southern rapper Polow da Don, who introduced her to producer Timbaland, who signed her to his Mosley Music label in 2006.

Hilson ultimately released her debut solo album "In a Perfect World..." in 2009, which won her a pair of Grammy nominations and a pair of hits in "Knock You Down" and "Turnin Me On," after writing songs for Mary J. Blige and Britney Spears under Polow da Don and releasing some subpar singles. 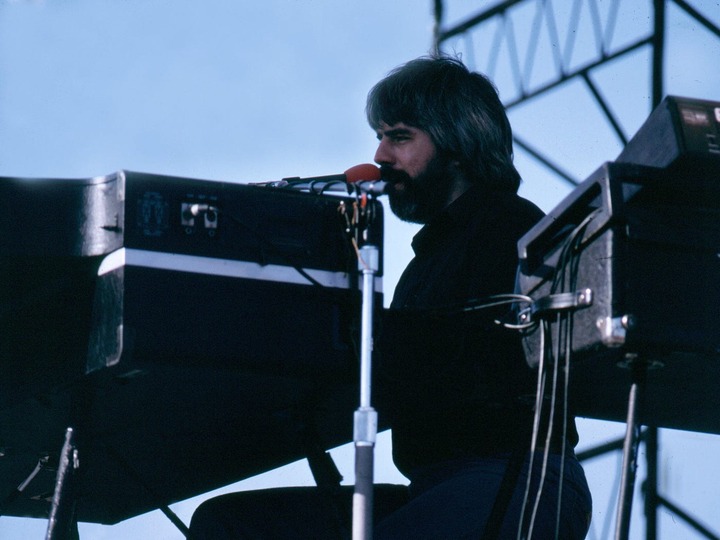 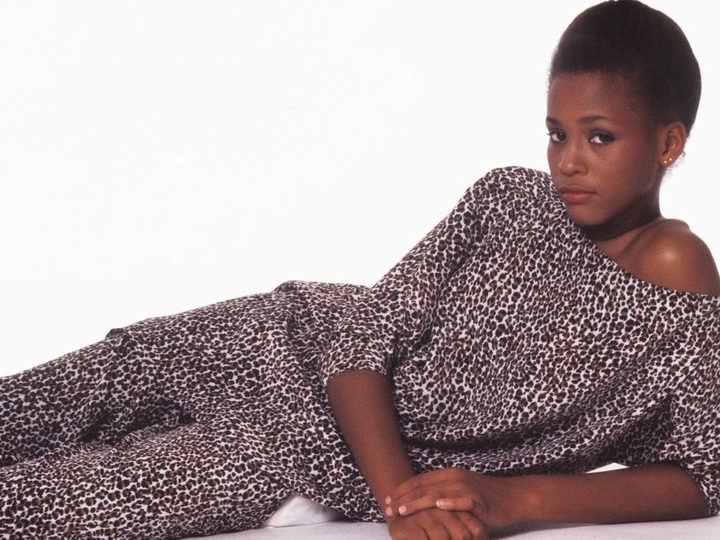 Whitney Houston began her career as a background vocalist, following in the footsteps of her mother, Cissy, who was a backup singer for soul legends such as Solomon Burke, Wilson Pickett, and Aretha Franklin.

Houston began her career when she was 14 years old, in 1977. According to Biography.com, when one of Cissy's backing vocalists failed to show up for a session, she suggested that her daughter step in.

Houston was acknowledged as a serious performer from that point on, and went on to back musicians such as Jermaine Jackson, Chaka Khan, and Lou Rawls before going on to become a Grammy Award-winning singer.

The 13 most dangerous men in the world: see why are they dangerous and how they can be stopped

JUST IN |ANC suffers another setback

Bad news for Alcohol consumers after this happened

Drip set to release their new designs in January of 2022.