By The_Immaculate (self media writer) | 4 months ago

Patrick Shai is a well-known South African actor who has performed in a variety of theatre productions, television shows, and feature films. He began his acting career as a dancer with Mzumba African Drama and Ballet at Safari Ranch. He is a television and theater actor who has won numerous awards. He is a co-founder of Free Film Makers, a South African alternative to mainstream television at the time. From July to August 2008, he starred as Moses Mokoena, a Xhosa doctor who must choose between his wife and a white lady he once loved 30 years ago, in the SABC2 mini-series Noah's Ark.

Patrick Shai is a well-liked man in South Africa, but he lost his respect and integrity yesterday when he insulted Cassper Nyovest, a well-known artist. Mr. Shai claimed that Nyovest has never fought before and that he wants to see him in a boxing contest before he dies. Fans were outraged when he insulted Cassper Nyovest's mother. This came as a shock to all South Africans, with many wondering what Cassper Nyovest had done to the elderly guy to make him so enraged. Mr. Shai is currently broke, according to supporters, and he is requesting R100,000 from Cassper Nyovest. Mr. Shai is a role model for the majority of young people; yet, what he did was inappropriate, especially on a public platform like Twitter.

Cassper Nyovest is recognized for being a modest young man who values elders. He was shocked as well, and in response to the video, he stated that people can disrespect him, but not his family, and he insulted Cassper Nyovest's mother. People are worried about what Casper would do because he is furious. Is he up to the game? Will he take legal action against him? What are your thoughts on this? 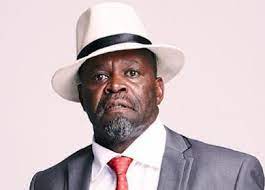 JOVIAL opens up about her battle with depression

Fans Left Speechless After This Guy Body Shamed His Date#SinglenMingle

Duncan Clap Back At Busta 929 For Attacking Zakwe

Makhadzi Finally Speaks About Breaking Up With Master KG Today